MGM to pay millions in US mass shooting settlement

In 2017, a Las Vegas hotel owned by the international resort company was the site of a mass shooting that killed 58 people. Victims' relatives who sued are expected to receive up to $800 million. 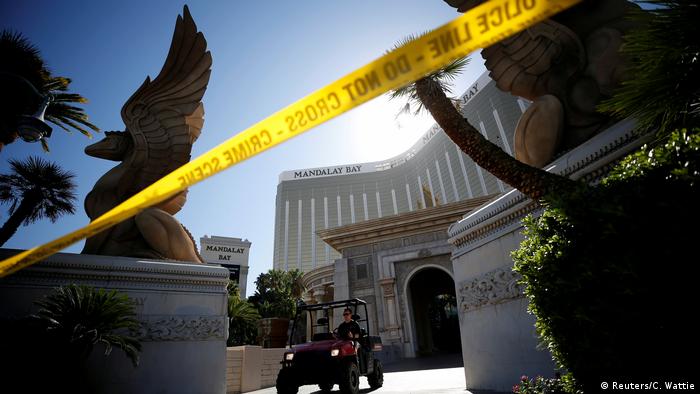 The international resort and casino company that owns the Mandalay Bay Hotel, site of the deadliest mass shooting in US history, reached a multimillion-dollar settlement with the victims' families on Thursday.

MGM Resorts International agreed to pay a minimum of $735 million (€669 million) to some 2,500 plaintiffs who sued over the October 1, 2017 shooting, when a gunman opened fire from the window of the MGM-owned Mandalay Bay Hotel in Las Vegas into a concert crowd of around 22,000 people.

Around 800 people were wounded and 58 killed before the gunman killed himself. 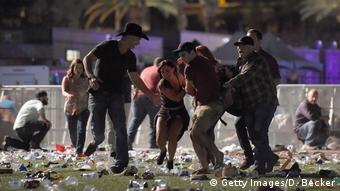 The mass shooting took place on October 1, 2017, at a country music concert

According to a statement from Eglet Adams, the law firm representing the victims, the settlement could be as high as $800 million, depending on how many claimants participate.

A 'major step' in the healing process

The announcement was made just days after the second anniversary of the attack.

"Today's agreement marks a milestone in the recovery process for the victims of the horrifying events of October 1 [2017]," Robert Eglet, a lead plaintiffs' counsel, said in the law firm's statement. "While nothing will be able to bring back the lives lost or undo the horrors so many suffered on that day, this settlement will provide fair compensation for thousands of victims and their families."

He added that the deal was an example of "good corporate citizenship" by MGM Resorts. 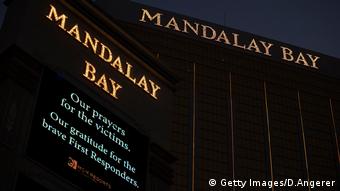 MGM owned both the Mandalay Bay, where the shooter fired from, and the concert ground where the victims were located

"Our goal has always been to resolve these matters so our community and the victims and their families can move forward in the healing process," Jim Murren, the chairman and CEO MGM Resorts, said. "This agreement with the plaintiffs' counsel is a major step, and one that we hoped for a long time would be possible."

Two days prior, on the anniversary of the shooting, the company had posted a silent video on Twitter to commemorate the victims.

Both sides said an independent administrator would be responsible for making the payments to the victims' families. The process is expected to be complete by next year.

Soon after the mass shooting in Las Vegas, conspiracy theories began circulating online that spread much faster than legitimate news reports. The business of fake news appears to be booming. (04.10.2017)

A man suspected of selling armor-piercing bullets to the gunman behind last October's deadly Las Vegas shooting has been charged. The man has already admitted to selling the shooter hundreds of rounds of ammunition. (03.02.2018)

US President Joe Biden has called for a ban on assault weapons during his address on gun violence following a number of mass shootings. He also urged lawmakers to strengthen background checks and pass red flag laws.