Journalists exposing alleged government corruption and the disappearance of Mexican students have been targeted by spyware, according to a new report. Mexico says it has gathered intelligence, but not with cyberspying. 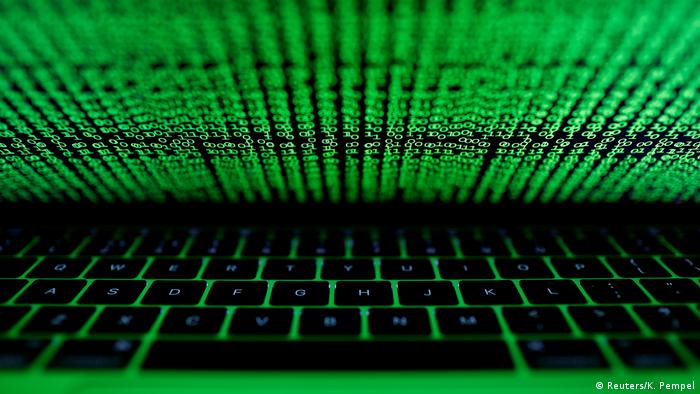 Mexican journalists, activists and human rights lawyers were targets of spyware, according to internet watchdog Citizen Lab at the University of Toronto.

The Citizen Lab report said the spyware was developed by Israel's NSO Group and sold to the Mexican government. The spyware targeted prominent journalists, activists and lawyers investigating suspected human rights abuses by security forces, the disappearance of more than 40 students in 2014 and alleged government corruption.

The spyware, dubbed Pegasus, sent targeted messages with links that, if clicked on, allowed their devices to be spied on.

Rafael Cabrera, editor of Buzzfeed Mexico, tweeted that he received suspicious text messages in May 2016. "In May 2016 I got these text messages. Now, we know they are malware sent by the Mexican government to extract information from my smartphone," read the tweet.

"The Government of the Republic categorically denies that any of its entities carries out actions of surveillance or intercepting communications from human rights defenders, journalists, anti-corruption activists or any other person without prior judicial authorization," read the statement.

Reporters Without Borders ranked Mexico as the 33rd worst country for press freedom in the world in its 2017 World Press Freedom Index. Only Cuba has a worse ranking in the Americas. Journalists there face danger due to the ongoing drug cartel battles and risks of covering potential government corruption.

Journalists have marched across Mexico to call for an end to impunity for people who kill reporters. The family of Javier Valdez, who was murdered in May, led Thursday's protests in his home state of Sinaloa. (16.06.2017)

Well-known journalist Javier Valdez, who specialized in reporting on drug trafficking and organized crime, has been killed in the Mexican state of Sinaloa. His death marks the latest in a string of journalist killings. (15.05.2017)