#MeToo movement takes off in Greece 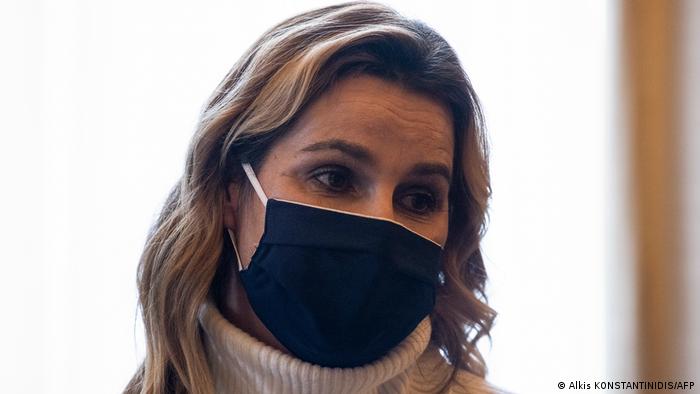 In ancient Greece, walls would be erected around the city so that Olympic champions could enter in great pomp. No honor was too great for these men. Women were not allowed to compete in the Games. They had few rights compared to men and their main task was the rearing of children.

In modern Greece, women enjoy the same rights as men — at least in law. And women have been allowed to compete in the Olympic Games since 1900.

Sailing champion Sofia Bekatorou, 43, won Olympic gold in 2004 and bronze in 2008. She has also held the title of world champion four times and that of World Sailor of the Year (female) twice.

Recently, she made headlines again when she decided to breech the wall of silence surrounding sexual harassment in Greek sports. In November, she accused a Hellenic Sailing Federation executive of raping her in 1998. She did not name the perpetrator publicly.

She is one of countless women to be abused by men in power — in sports federations, universities, political organizations, in the business sector — men who refuse to take "no" for an answer, because they enjoy impunity.

For a long time, Bekatorou was one of the countless victims who remained silent for fear of being stigmatized if they spoke out. 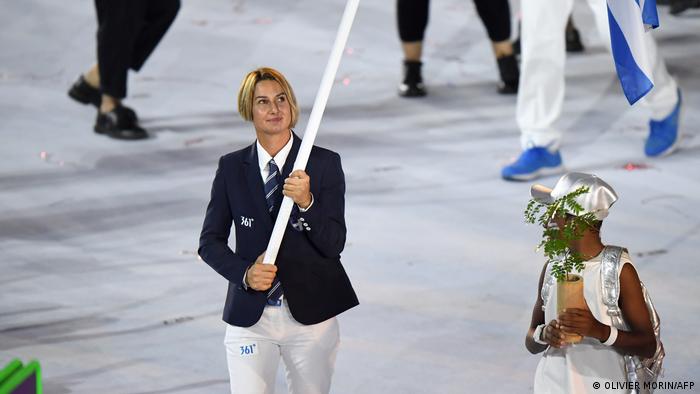 A strong, successful, famous and much-loved sailing champion and mother of two, Bekatorou lived with that fear for 22 years. But on November 13, 2020, she mustered up the courage to tell an online conference that she had been sexually assaulted. The accused, later disclosed to be Aristeidis Adamopoulos, has now stepped down as vice president of the Hellenic Sailing Federation. He denies any wrongdoing.

But for weeks after Bekatorou's revelations, little happened. There was no reaction on the part of the judiciary as the incident fell under the statute of limitations. There was also little reaction on the part of organized sport or from the responsible government minister —  old men have a tendency to stick together. But then, Bekatorou gave an interview to the Greek edition of the women's magazine Marie Claire, repeating her allegations without naming the accused. That's when the Sailing Federation reacted, releasing a written statement the tone of which seemed to cast doubt on Bekatorou's recollections but, nevertheless, acknowledging the incident as "unpleasant." 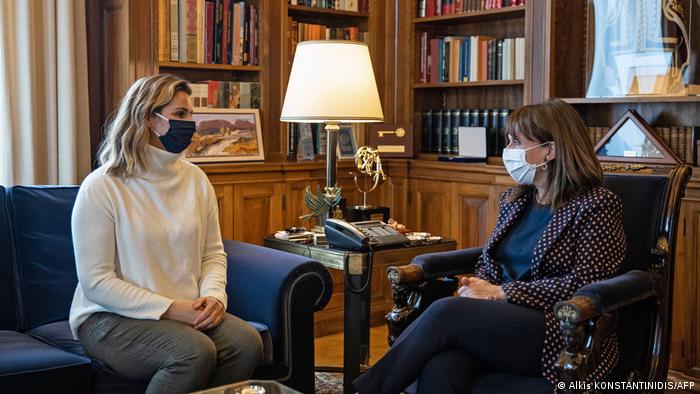 In the media and on social media platforms, commentators asked why Bekatorou had taken so long to say something. This happens almost every time a woman in Greece says she was raped. But this time, the doubters have been swamped by a wave of solidarity for Bekatorou and the many women who remain silent.

Three years after the #MeToo debate began in the US and around the world, it has now arrived in Greece — an EU member state. Few women in Greece had spoken publicly of sexual harassment, abuse, assault and rape before Bekatorou, yet a recent study shows that half of all women in the country have experienced sexual harassment at least once in their lives. 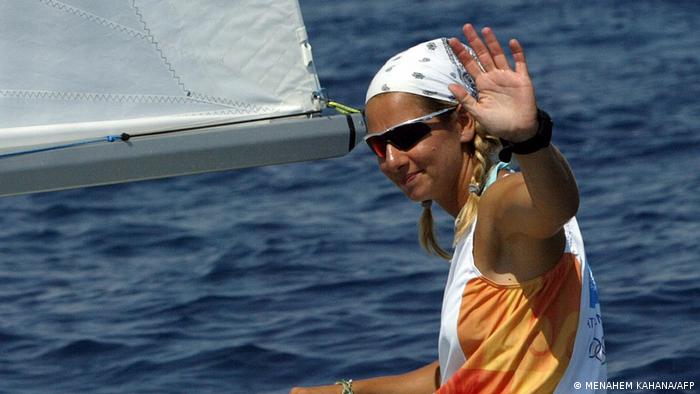 Sofia Bekatorou crossing the finish line in the 2004 Olympics where she won gold for Greece, making her a household name

Now, however, the silence has been broken and women are beginning to talk, accusing university professors, journalists, state officials and politicians, including a former minister, and others in positions of power of sexual abuse. Only a few are naming names. Bekatorou only revealed the name of the man she had accused to the public prosecutor.

Still, just talking about this taboo subject and the painful experiences these women have endured is a beginning in this chauvinist society.

And the debate has had a considerable effect on politics. Greek President Katerina Sakellaropoulou received Bekatorou at her official residence and praised her for breaking the silence. The sailing champion has also received support from conservative Prime Minister Kyriakos Mitsotakis and left-wing opposition leader Alexis Tsipras, who have both spoken out clearly against sexual harassment.

Many politicians have criticized the wall of silence and emphasized the need for it to be torn down once and for all. Zefi Dimadama, for instance, even revealed her own experiences of sexual harassment within the center-left KINAL political alliance for which she is vice spokesperson. "Women have to finally find strength and speak openly," she said.

"I want to stress that my personal experience and this individual case are not my only concerns," Bekatorou wrote in a recent Facebook post. "This is about the abuse of power in general and the current administration of the federation in particular."

"To those still left in the dark, we encourage you to speak out," she added.

It is now up to the authorities to look into the case. State Prosecutor Sotiria Papageorgakopoulou has ordered a preliminary investigation to determine what exactly happened, regardless of the statute of limitations. Adamopoulos has been suspended from his post as well as from the ruling New Democracy (ND) party.

The Stavros Niarchos Foundation has temporarily stopped its funding of the Hellenic Sailing Federation.

And finally, the media are reporting on sexual assault and abuse of power in Greek sports, as well as the right of women to say, "No." And now, for the first time, perpetrators are the ones getting scared.