Victims of sexual abuse in Germany received an apology after testifying at a public hearing in Berlin this week. The hearing heard that many young athletes are trapped in a ‘system of guilt, shame, and pressure’. 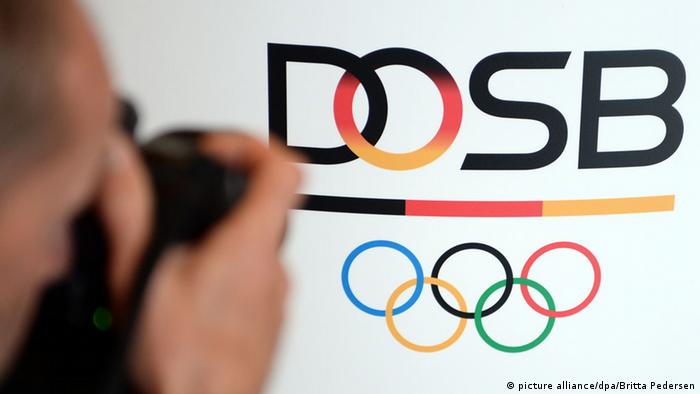 Former horse-rider Gitta Schwarz can no longer practice what was once her biggest passion. Nowadays, the thought of a stable is enough to ensure her a sleepless night of tears and traumatic memories.

"I couldn't have told anyone in the club, because I knew how well-respected he was,” Schwarz told the audience in Berlinat the public hearing of the Independent Commission on Sexual Abuse. She suffered in silence for months before deciding to tell her parents. Her father's reaction, as she told the hearing, broke the last of her strength. He refused to believe her. She continued to attend the club as if nothing had happened, but the abuse was taking its toll on her moods and her health. Eventually her mother brought her to a doctor, whose advice went no further than: give up horse-riding.

Schwarz was one of several victims of sexual abuse to tell Tuesday's hearing that children need independent contact points, outside the context of their sports clubs or families, to protect them. Without these, according to several speakers at the hearing, the current "system of guilt, shame, and pressure to perform” traps young athletes in abusive situations and encourages them to remain silent about their experiences.

The sporting environment can put children at risk in several other ways, as shown by responses to the VOICE Project, an EU-supported initiative to collect the stories of young sportspeople who have been subjected to sexual exploitation. One victim was regularly reminded by an abusive coach just how he lucky he was to have a place in his squad, how many others would be ready to leap into his position if he left. Others, as explained by Bettina Rulofs of the University of Wuppertal, found it difficult to criticise abusers who enjoyed good reputations in their clubs, as tireless volunteers or talented coaches. Exploitative adults are also offered cover, explained Rulofs, by "unclear boundaries” between ordinary physical contact and sexual assault.

Tuesday's event gave victims, representatives of sporting bodies, politicians, and researchers an opportunity to discuss ways in which children could be better protected from exploitation in sport. At the same time, they called for a candid approach to past cases of abuse, in order to foster a culture of openness in which victims are comfortable speaking up. Ultimately, said Petra Tzschoppe, Vice President of the German Olympic Sports Federation (DOSB), nothing short of a transformation in culture was required. In the name of her own Federation, she apologised to everyone who had ever been subjected to sexual abuse in a sporting context.

The DOSB, as well as the German Football Association (DFB) have been criticised recently for the limited scope of financial compensation they offer to victims of sexual abuse. For Marie Dinkel, a 24-year-old judoka who was abused by her judo coach as an 11-year-old, financial reparations are less important than investment in preventative measures. Dinkel is now a judo coach herself, and told the hearing that coaches are not properly sensitised to the topic in their own training.

The Commission first called for victims from the world of sport to come forward and tell their stories in May last year. Since then, only around a hundred have done so. "We estimate that there are a large number of unreported cases,”said chairwoman Dr. Sabine Andresen.

It took Schwarz 30 years to re-tell the story of the abuse she suffered at the hands of her horse-riding coach. Authorities in German sport face the challenge of ensuring that victims feel empowered to talk about their experiences. As Tobias Wiemann of the German Interior Ministry told the hearing, there can be no prevention without an honest and thorough confrontation with the mistakes of the past.

German athletes are on the verge of setting a new and independent organization. It will be entirely separate from the German Olympic Sports Confederation (DOSB), the umbrella organisation of German sports.

Schimmelpfennig: 'We want to optimize the German sports system'

A package of reforms has been proposed to the criteria for the funding of sports in Germany. DOSB board member Dirk Schimmelpfennig told DW that despite concerns expressed by some, there is broad support for the reforms.

FIFA has extended its suspension of the head of Haiti's football federation over allegations of sexual abuse which emerged in April. At the same time, FIFA said it was widening its inquiry to include two other officials.

Indonesian football tragedy was 'an accident waiting to happen' – experts 03.10.2022

The death toll from a mass panic at a football match in Indonesia stands provisionally at 125. Experts say decrepit facilities, archaic policing and fan violence produced a toxic combination, with fatal consequences.