Berlin offers new kind of treatment to child abuse victims | Germany | News and in-depth reporting from Berlin and beyond | DW | 02.10.2020 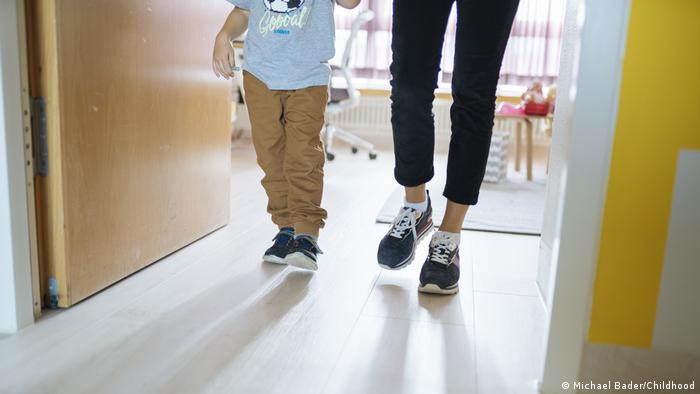 Despite the awkward combination of German and English, the new Childhood-Haus in Berlin is well-named. The space does look like a children's home inside: There are play corners, colorful furniture, comfy seats with low coffee tables. But there are two clues that show its purpose: A medical treatment area and a consultation room complete with three cameras so testimony can be recorded in a safe environment, as opposed to a courtroom.

But there are no bedrooms because despite appearances this is not a place for children to live. It's a place for children who have suffered abuse come to get assistance, a facility designed specifically to accommodate a child's experience, where doctors, police officers, social workers, and judges meet with them.

"The child is at the center of all interactions," said Astrid Helling-Bakki, director of the World Childhood Foundation, which runs the Childhood-Haus at the Charite Hospital. The aims are two-fold: To accelerate a process that can often take years, minimizing the stress and trauma for the victim, and to secure more convictions. 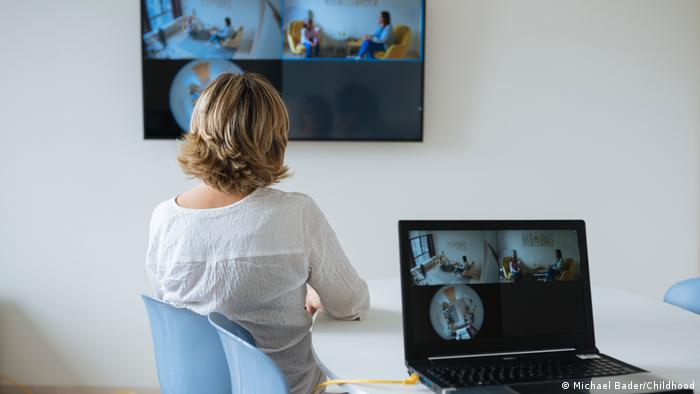 The Childhood Haus is designed to allow abused children to only testify once, and in a safe environment

Children who have suffered sexual or physical abuse often go through bewildering ordeals once the abuse becomes known, as Helling-Bakki, a pediatrician who has treated many such cases, knows well. "They are worried, they are intimidated, there are different adults talking to them again and again," she said. "They don't understand why one person is asking them one thing, and another person in another room asks exactly the same. They feel misunderstood, or they don't know how to respond to the system."

Doctors and social workers have often noticed how rigid and slow the German system can be. "Sometimes it takes two or three years before a child can testify in court, and you can imagine that a seven-year-old child can't report in a detailed enough way to bring about a conviction," said Sibylle Winter, a specialist in child trauma who is working with the project as deputy director of the Berlin Charite hospital's child psychiatry and psychotherapy clinic.

Read more: The horrors of Bergisch-Gladbach

It's a deceptively obvious approach to treating child abuse, a model that has existed in the US (as Child Advocacy Centers) and in Scandinavian countries (as the Barnahus) for decades. But it represents a challenge to Germany's bureaucracy.

As the German government's independent commissioner for child sexual abuse noted as long ago as 2016, "child protection is not the central goal of the criminal process." "The primacy of the presumption of innocence, and the resulting necessity to prove individual acts were committed by a specific perpetrator, have determined how children's' testimony is gathered in the criminal procedure," the commissioner wrote in a position paper. 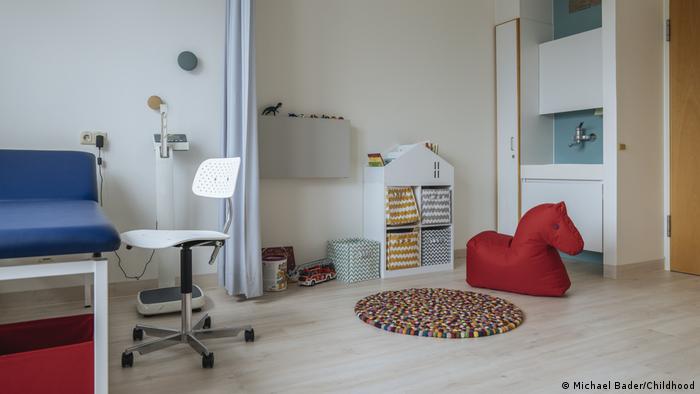 In fact, the whole system is generally ill-equipped to deal with such a sensitive crime, partly because police officers, judges, doctors, social workers are not necessarily obliged to communicate with each other about specific cases. Whereas in some Scandinavian countries, a therapist or social worker must report suspected abuse to the police, "in Germany there is no obligation to get the judicial system involved when you are dealing with child sexual abuse — though of course, it is a crime," said Helling-Bakki.

In the US, all child abuse must not only be reported but prosecuted but "in Germany, there is a tradition of not prosecuting," said Helling-Bakki. " Instead the emphasis is on support. In Germany, no one wants to prosecute. I think one shouldn't exclude the other."

Germany's data protection laws can also get in the way. Police officers and youth service social workers in Scandinavian countries can always access medical reports in hospitals, but not in Germany.

Beyond the logistics, the Childhood-Haus solution is also a challenge for professionals: "It's not just interdisciplinary, it's trans-disciplinary," Sibylle Winter told DW. Professionals from four separate institutions — a hospital, a youth social services office, a court, and a police station — have to be aware of each other's work, and dovetail effectively. "That's complicated," said Winter.

Winter described an example of how this cooperation might improve the situation: If, for instance, a doctor found out that an abusive father was under the influence of alcohol, there is no way for the doctor to know whether the court is aware of this. By integrating the system via the Childhood-Haus, the court might automatically be told, and could take appropriate steps. For instance, Winter suggested, by ordering the father to enter a rehab program.

As it is, the Childhood-Haus Berlin only employs one caseworker to coordinate all the different institutions and only limited space. But there are plans to expand both personnel and room because the potential case-load is huge. "I always say we really need a ten-story building," says Winter, who says that her clinic alone treats a new suspected child rape case every two days.

The real extent of child abuse in Germany remains unknowable, but the known figures are shocking enough, and recent cases like the one found in Bergisch Gladbach,where a network of thousands of suspected abusers was uncovered, show how deep the problem is.

In Berlin alone, around 15 cases of sexual abuse against children are uncovered every week, and in the whole of Germany, where 13 million children live, the World Health Organization estimates that around a million children have suffered abuse — in other words, one or two in every school class. Nine out of ten cases are thought to remain undiscovered, according to a study by the interdisciplinary research group MiKADO.

Meanwhile, the Childhood-Haus project in Berlin is still in its pilot phase and is aiming to be fully operational on January 1, 2021, but there are already plans to expand the network in the city, and there are Childhood-Hauses already running in Leipzig, in eastern Germany, and Heidelberg, southern Germany.

The project is being paid for by the World Childhood Foundation, an organization launched by Queen Silvia of Sweden, and which has four branches: In Sweden, Germany, Brazil, and the US.