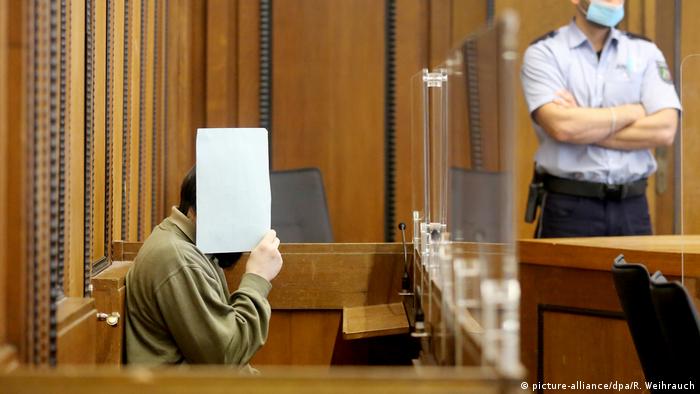 A regional court in the western city of Mönchengladbach on Friday found two men guilty of prolonged sexual abuse and distributing child pornography.

The men, both aged 39, were handed sentences of 13 and a half years and 14 and a half years for the serious sexual abuse of minors, and they were also found guilty of distributing and owning child pornography.

The trial began on April 29 and was part of a series of investigations across Germany that were triggered by the discovery of a massive online child pornography network in the city of Bergisch Gladbach last year.

The two suspects committed some of the crimes together, prosecutors told the regional court in Mönchengladbach.

One of the men issued a comprehensive confession after he was arrested in November. He had repeatedly sexually abused his 11-year-old daughter since 2016.

He also sexually abusing the niece of his co-defendant in 2017. For his part, the second man confessed to one of the crimes, and remained silent on the charge that the abuse was part of an organized child pornography scheme.

The case is the first prosecution of pedophiles connected to a larger Bergisch Gladbach case, where 200 suspects are currently under investigation. Authorities are investigating a child pornography network and following up on some 30,000 leads.

The network was discovered in October 2019, when a raid on the home of a 42-year-old local cook and hotelier uncovered large amounts of videos and pictures of child pornography. The man is facing trial, accused of repeatedly sexually abusing his daughter.

Authorities have moved forward with other related trials in the wide-ranging investigation, with the next one taking place at the Regional Court of the city of Cologne, which would begin as early as next week.