Child sex abuse in Germany: Tough verdict in response to uptick in cases | Germany | News and in-depth reporting from Berlin and beyond | DW | 06.10.2020 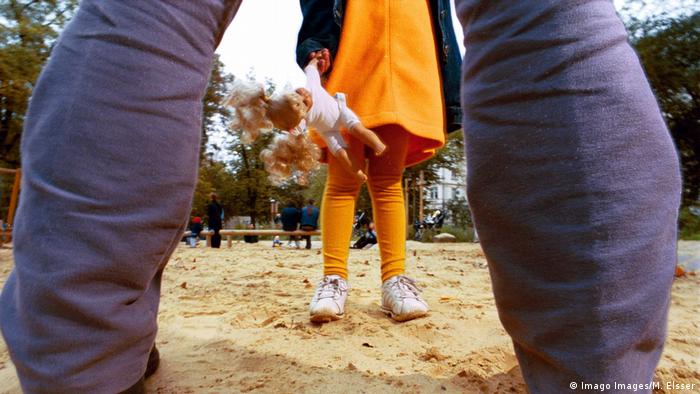 What appeared a relatively local case at first is sprawling far and wide. A man from Bergisch Gladbach in the statep of North Rhine-Westphalia (NRW), has been found guilty of sexually abusing his young daughter and filming the acts. He later shared the videos online.

The trial started in October 2019, and prosecutors spoke of around 30,000 leads to potential suspects —  who might have been part of a network of abuse.

The prison sentence of 12 years, followed by preventative detention is considered a strict ruling. 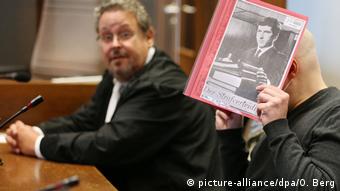 "When I heard the numbers of suspects, I was deeply shocked," Johannes-Wilhelm Rörig, a German lawyer who leads the government body dealing with abuse of children, told DW.

Are such crimes on the rise in Germany?

But Thomas-Gabriel Rüdiger, a criminologist specializing in cybercrime at a police education institute in the German state of Brandenburg, says that more police investigations do not necessarily mean there have been more real cases of abuse.

"What we're experiencing now is a classic criminological phenomenon: if you start looking for the unidentified cases, then the number of known cases will rise," Rüdiger told DW, adding that experts believe that only one in 15 or perhaps 20 cases of child sexual abuse are ever discovered by the authorities.

What do we know about typical suspects? Is there a common pattern?

Germany's rules on child pornography are particularly strict, so "suspects" could be perpetrators of child abuse, people watching or sharing the material online, or even people searching for child pornography in extreme cases.

Some gray areas that are tolerated in certain countries, for instance, "posing photos" of kids in suggestive stances on Instagram, are also deemed to be child abuse in Germany.

Criminologist Rüdiger says such cases can involve "the most different types of people imaginable — you can't really generalize."

Rüdiger's list includes classic candidates for child abuse, usually men with either professional or personal ties to children, but also people abroad seeking to profit from abusing children at the behest of men watching online. Women, he says, "appear very rarely" — and then usually with a view to making money and typically "in cooperation with men." They crop up more often in particular areas; roughly one in 10 German cybergrooming suspects are currently female.

And there is another significant group:

"We must admit that Germany has a massive problem with underage suspects," Rüdiger says. "It's now the case that in [online] school chats, some children are now posting child pornography. Sometimes even quite extreme material, because they want to be the tough kids. And in such cases, they are all exposing themselves to prosecution: not just the ones posting the content, anyone in that chat could then face investigation."

What's the role of the internet?

Rüdiger does not believe that the recent large-scale cases in Germany point to a national problem or a recent trend. Instead, he believes it is the result of police investigating and uncovering more cases.

"But what we have to say is that the global problem online is extremely large and we now have a global physical space online where criminals can network, share, and interact. They do not even have to know the language, because you can always use translation software," Rüdiger says. "That's the fundamental problem: we see this networking online and then have to try to combat it with national mechanisms, rather than starting a serious discussion on whether we might require global action."

The career criminologist believes this is part of a broader phenomenon, which he dubs the Broken Web theory — a nod to the famous Broken Windows theory.

"Online, the breaking of taboos, including sexual abuse, is so visible now. Think of 'dick pics' on Instagram or the phishing emails you probably receive every day. When was the last time you reported one to the police? Probably never," Rüdiger says. "This digital crime transparency, as I call it, shows all people online that the rules and the risk of prosecution online is so small, that you're actually barely taking any risk at all. That is lowering people's inhibitions online, and it means that criminals are acting much more openly and much more aggressively. This has now been the case for years, if not decades, meaning you have people who have grown up in these conditions."

Has too little been done to stem the tide?

Child abuse ombudsman Johannes-Wilhelm Rörig argues that the aggressive approach by NRW — Germany's most populous state — to investigating such cases is bearing fruit.

"Police need the personnel and technical capabilities, nationwide, to get to grips with pedophile abusers online," Rörig told DW. "North Rhine-Westphalia has led the way in recent months. Personnel was bolstered for investigating suspects online. Technology has been modernized, the state is starting to use AI programs, a digital manhunt office has been opened and a specialized branch has been established in the public prosecutor's office."

Criminologist Rüdiger also sees a positive example in NRW, but warns that it will take brave politics and persistence for the state to stay on this path. Politically speaking, opening up avenues of investigation into tens or hundreds of thousands of serious crimes, despite it being unlikely that they can all be prosecuted or solved, doesn't lead to the kind of crime statistics interior ministers enjoy presenting.

"If we are now saying we have in the region of 30,000 suspects [in the Bergisch Gladbach case], then no matter what happens, you are not going to catch them all. So the solving rates for these crimes will sink, and then the interior minister will have to tolerate that."