The 59-year-old is stepping down after several women came forward accusing him of sexual misconduct. The Social Democrat has apologized for his behavior, saying he did not want to stand in the way of progress. 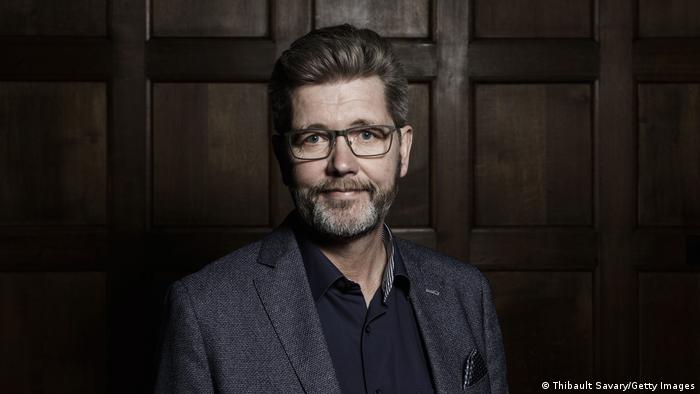 "This is going to overshadow all the political work I want to do. That is why I have decided to resign as mayor," Jensen told a news conference. "I would like to apologize to the women I have offended."

Jensen said he was pleased with what Copenhagen had achieved in recent years and did not want to stand in the way of the city's progress.

The 59-year-old said he was also stepping down from his role as deputy leader of Denmark's governing Social Democrat Party. The party leader is Prime Minister Mette Frederiksen.

Jensen's resignation came after two women accused him of behaving inappropriately toward them at social events in 2012 and 2017. One of the women involved was employed by the Social Democrats.

On Sunday, the head of the party's young wing told the Jyllands-Posten newspaper that at least eight other people had also accused Jensen of misconduct.

In a post on his Facebook page, Jensen said he had been a part of a "harmful" and "old" culture in the ruling party.

"It is obvious that we in the Social Democratic Party have problems, and that needs to change now," she said.

Jensen has served as mayor of the Danish capital since 2010. Before that he was justice minister and minister for research in the 1990s and early 2000s.

#MeToo takes off in Denmark

Jensen isn't the first Danish politician to be accused of misconduct. Earlier this month, the head of the Social Liberal party, Morten Ostergaard, resigned after it emerged he had inappropriately touched a female colleague.

Thousands of women in Denmark have come forward in recent weeks to share their experiences of sexism and abuse of power in the workplace.

The issue gained national prominence in August after TV presenter Sofie Linde revealed that a senior executive had offered to advance her career in exchange for sexual favors.

Sandra Muller, the French journalist who launched the French version of the #MeToo movement, expressed her dismay over a ruling she called "a message to shut up." Her lawyer said they would appeal the decision.

After being accused of sexual harassment as part of a wave of #MeToo allegations, the Mexican musician Armando Vega Gil killed himself. How does that impact the newly created movement in the country?

Opinion: What will Weinstein's sentencing mean for #MeToo?

Disgraced movie producer Harvey Weinstein has been sentenced to 23 in years in prison for rape and assault . But will his conviction truly change abuse culture in the entertainment industry?