DW has obtained an internal CDU document issued in the wake of several corruption-related retirements. The paper urged parliamentarians to keep in mind that they are role models for society. 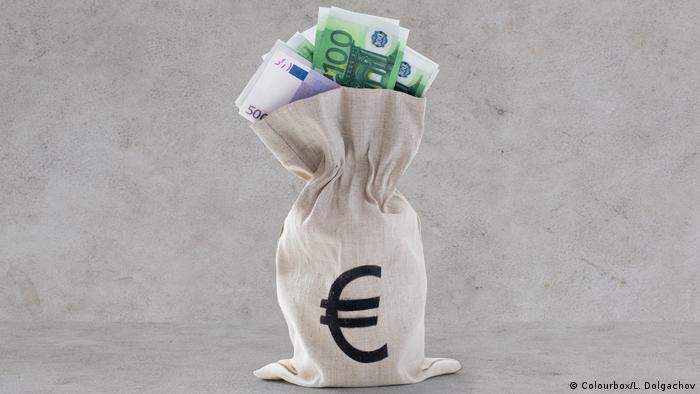 Chancellor Angela Merkel's Christian Democrats (CDU) and their Bavarian sister-party, the Christian Social Union (CSU), have been rocked by corruption scandals of late. The unwelcome news of CDU and CSU politicians profiting handsomely off of coronavirus masks and the party's disastrous performance in state elections in Baden-Württemberg and Rhineland-Palatinate have set alarm bells ringing at the party's highest levels.

Now, the CDU has drafted a ethical rules for all members to follow. DW obtained a copy of the paper, "Strengthen Trust, Follow Rules, Sanction Infractions," before it was officially adapted by the party Monday afternoon.

Members should act as 'role models'

The code of conduct paper begins by reminding party members, especially elected officials, of their responsibilities as "role models in society."

The paper comes as three members of Merkel's political bloc were forced to step down after taking hundreds of thousands of euros in payments from mask-producing companies with business before the government. News of the scandal only worsened anger over the government's perceived poor performance in dealing with the coronavirus and vaccinating citizens.

Parliamentarians are reminded that they are representatives of the people and not in office for personal gain. The paper makes clear that anyone acting otherwise is breaking basic party rules and must immediately resign and leave the party if found guilty.

The paper bemoaned the fact that "not every elected official in the party views the ethics rules as self-evident." Any work beyond that exclusively tied to a person's political post must be declared, according to the paper, as well as any investments that may create conflicts of interest. Moreover, the CDU will now require all candidates to swear to uphold the ethics rules before running for office.

The paper also notes that politicians are prohibited from accepting financial contributions and must openly declare any relations they may have with foreign governments or businesses.

Addressing conflict of interest at the local level, the party says municipal politicians must recuse themselves from votes for projects that they may have ties to. Lastly, the paper also makes clear that party members must make a stark delineation between their work as representatives of the people and their activity within the party.

In approving the new code of conduct, the CDU's federal board said it should not be considered the last word on the matter and that details would be coming soon, noting that binding rules would be distributed to CDU members at the local and state levels.

In Sunday's state elections, the CDU lost ground in Baden-Württemberg and then failed to usurp decades of SPD-led government in Rhineland-Palatinate. Just months prior, the party had been optimistic of a potential win there before the general mood soured on the party's handling of the coronavirus pandemic and the corruption scandals involving CSU and CDU politicians began making headlines.

Armin Laschet, state premier of North Rhine-Westphalia, CDU party leader since January and a possible chancellor candidate, called Sunday's results "disappointing." Laschet went on to say: "The coronavirus crisis is affecting everyone in our country, and that is why there have been debates about management. We must improve here."

Further ethics measures will be drafted by the board before this September's federal elections. At that point, the party, with the help of outside legal counsel, promises to have a system for reporting and sanctioning infractions in place as well.

Three weeks before the general election, Germany's ruling conservatives have been slipping in opinion polls. Their gaffe-prone candidate for chancellor, Armin Laschet, is being blamed. Now he's trying to fight back.