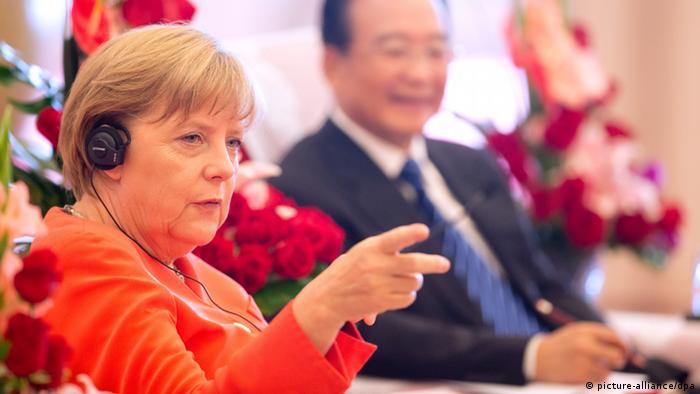 At the end of her two day visit to China Chancellor Merkel attended German-Chinese trade talks in the northern Chinese port city of Tianjin. She said Germany would ask the EU Commission to waive an anti-dumping probe wanted by EU ProSun, a grouping of some 20 European solar companies

Several German firms, seen as pioneers in Germany's drive to replace its nuclear power sector with renewables, have filed for insolvency in recent months. 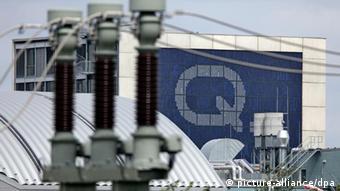 In July, ProSun called on Brussels to open a probe, saying their cell prices were undercut by Chinese firms benefiting from state loans and subsidies. Chinese firms retorted that the allegations were "groundless" and warned of a trade war.

At Friday's Tianjin talks, Merkel said Chinese solar firms wanting to compete in Europe must respect EU fairness rules which prohibit subsidies and cheap credit. The EU-China solar issue was still like a "cow on the slippery ice," she warned

Merkel said her request to China was "simply to lay its cards on the table."

Chinese premier Wen Jiabao who hosted Merkel in Tianjin, his home city, said an EU decision not to pursue probes against Chinese firms in the solar and other sectors was a "very important basis for our relationship." 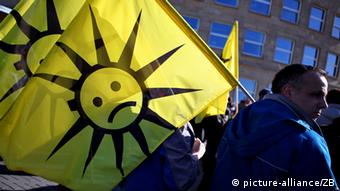 Last year, China exported 60 percent of its solar shipments to the EU while it imported cell-manufacturing equipment and raw materials.

Leading German companies represented at the Tianjin talks called on China to open its market fairly to outside competitors. Peter Löscher, the head of the Munich-based giant Siemens, said German firms expected Chinese manufacturers to respect product certification as well as patents and copyright as international norms.

Wen said China did not intend to constrain its exports of highly sought-after rare earth minerals used to make consumer devices like Smartphones - while admitting that mining them resulted in significant environmental degradation.

Winding up Friday's itinerary, Merkel and her host Wen visited Tianjin's Airbus assembly plant to witness the rollout of its 100th A320. In 2009, Tianjin became home to Airbus's only outer-European facility alongside its plants in Toulouse and Hamburg.

"The aviation industry is a strategic economic sector with enormous growth prospects, both for Germany and China," Merkel said.

Germany and China have been cultivating a brisk exchange, and since last year, have held joint government consultations. The current meeting takes place in the midst of major personnel changes in Beijing. (30.08.2012)