Norbert Röttgen, a member of Angela Merkel's CDU party, has told CNN the German chancellor intends to run for a fourth term. It had been unclear whether or not she would run again after holding the post for 11 years. 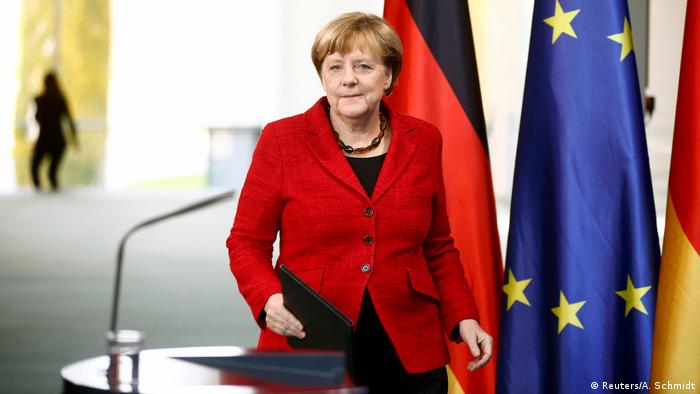 Röttgen made the comments to CNN on Tuesday night when a reporter mentioned that Merkel had yet to commit to running for another term as chancellor.

"She will run for chancellor," Röttgen answered, adding that Merkel "is absolutely determined, ready and willing to contribute to strengthen the international liberal order."

CNN's Fred Pleitgen had asked the Christian Democratic Union (CDU) politician and close Merkel ally whether the Chancellor wanted to maintain the "liberal order in the trans-Atlantic area."

In response, Röttgen said Merkel is "a cornerstone of this political concept of the West acting as a global player."

However, Röttgen cautioned that for the West to succeed as a global player, "it would be impossible to rely only on one person." He added that the cooperation and participation of the United States is also required.

Both the CDU and the German government said they could neither confirm nor deny Röttgen's comments.

Merkel, who has held the post for 11 years, has yet to announce whether she will run again, saying she will unveil her decision "at the appropriate time."

Her spokesman, Steffen Seibert, wrote on Twitter: "Nothing has changed. The chancellor will comment at the appropriate time on the question of whether she will run for another term."

DW's political correspondent Rupert Wiederwald said it was not clear whether or not Röttgen was acting on Merkel's behalf or if he had other motives.

He added that the decision to announce Merkel's candidacy now "clearly" is a reaction to US president-elect Donald Trump's surprising win against Hillary Clinton in the presidential election last week.

Following Trump's electoral win, Merkel congratulated the Republican politician but said she would cooperate with the new US leader based on the values of "democracy, freedom, the respect for the law, and the dignity of human beings, independent of their origin, skin color, religion, gender, sexual orientation or political position."

Merkel has faced criticism at home over her refugee policies which saw nearly 900,000 asylum-seekers enter Germany in 2015.

In Germany, the chancellor is not directly elected by a public vote, but through a majority vote in the Bundestag.

Typically, the leader of the party which receives the most votes in the national election is elected chancellor.

Germany's next general election will take place in 2017.

German Chancellor Angela Merkel reportedly has plans to run in the next federal elections in 2017. Merkel, often called the world's most powerful woman, has been chancellor of Germany since 2005. (01.08.2015)