Merkel makes waves with views on EU-US relations | World | Breaking news and perspectives from around the globe | DW | 29.05.2017

Analysts say comments about Trump were designed for a domestic German audience and election impact. But Merkel's tough stance has still reverberated abroad. 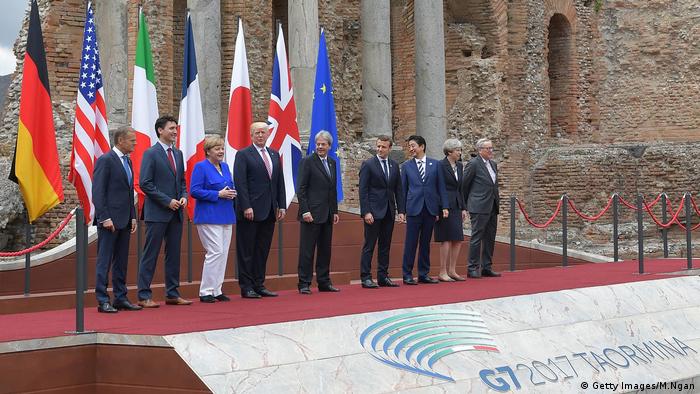 A senior White House official briefing journalists on the flight home from President Donald Trump's first trip to Europe suggested they'd be writing "about our successes...what an unprecedentedly and historically successful trip this was by an incredible leader and an amazing man who has done extraordinary things in a very short time."

A similarly anonymous US State Department official described his president differently to the Daily Beast, comparing Trump's behavior on his European jaunt to that of a boorish "drunken tourist".

But it's the terse review of Trump's trip made by German Chancellor Angela Merkel which is getting the most attention, her assessment that Europe can no longer count on "others" - interpreted to mean the US - and must forge its own destiny.

Former Swedish Foreign Minister, Carl Bildt, was among those taking notice, tweeting "After three days with Trump, Merkel draws key conclusions for Europe. This will be talked about. Much."

Belgian European Parliamentarian, Guy Verhofstadt, the EP's Brexit negotiator, also noted it. "Merkel says US under Trump no longer reliable partner," he tweeted, "And UK has left the table. It's now time for EU to re-invent itself and move forward."

The whole world is talking about the chancellor's tough approach, declared the German tabloid Bild.  Indeed, on the other side of the Atlantic, conservative television network Fox News tweeted "Merkel sounds warning for future of US-Europe alliance after 'very difficult' G-7 talks."

Sophia Besch, a research fellow with the Centre for European Reform, has been tracking the Twitter chatter and tells DW it's been very interesting to see "who is alarmed and who isnt". Besch believes that despite the transatlantic nature of her remarks, Merkel was aiming squarely at German voters.

"There's this German pro-European movement going on right now mixed with the sort of traditional leftist anti-Americanism that the SPD [Social Democratic Party] is currently tapping into," Besch explains. "None of these comments are controversial for a German audience but in questioning the US security guarantees...the risk, of course, is that it's alienating the United States which is further undermining the alliance by doing that."

Corinna Horst, deputy director at the Brussels office of the German Marshall Fund of the United States (GMF), disagrees with Besch's interpretation of Merkel's words but has her own criticism of the US president. "[Merkel's view] is not casting doubt," Horst says, "but providing a pragmatic expression of thoughts after a couple of days of global leaders' meetings in two settings which ended up being a farce because of one person." 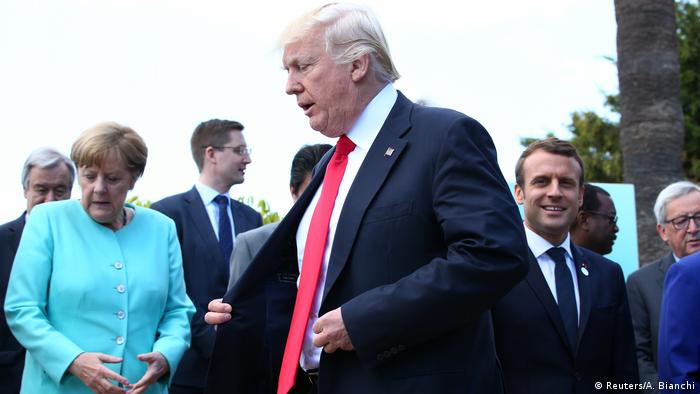 GMF'S Horst: Where Trump disrupts, others should diverge

Horst says it's important that the rest of the international community ensures its credibility doesn't get further undermined, suggesting they use Trump's "disruptiveness" to "do things differently moving forward."

She also believes Merkel was trying to use the rift with Trump to drive public opinion toward her views and distance herself from her main election rival, former EP President Martin Schulz, who doesn't support increasing the German defense budget.  "She needs to convince German voters that it is time to take a global stand," Horst told DW, as she did in 2015 with her bold policies on refugees.

That will mean adjusting the German mindset about the US relationship with both Germany and Europe, Horst says, "moving from kinship to policy coordination, actually developing a strategy vis-à-vis the US that includes adaptation, disagreement, and tactics in their dealings" with the Trump Administration.

Besch adds that Merkel is also reacting to criticism that she has been too friendly with Trump. "That's playing against her domestically right now," she explains. "She wanted to give him a chance and that's what she's now being attacked for by the opposition."  It helps a great deal, Besch says, that next door in France it appears she now has a partner she can count on in new president Emmanuel Macron.

So while the remarks were targeting the domestic audience, Besch says, it "fits in with her broader European focus at the moment and her focus on the Franco-German push for more Europe."  But Besch warns that this rhetoric must be followed up with action. "This is dangerous if they don't follow up, if she taps into that anti-American rhetoric and anti-British rhetoric without then actually stepping up to the task of 'Europe taking its fate in its own hands' and becoming better on security."

EU enthusiast Verhofstadt seems delighted with the developments.  He tweeted "every time President Trump opens his mouth, a more united Europe is a step closer!"

Late Monday, Merkel spokesman Steffen Seibert sought to soften the impression a bit.  US relations "are a strong pillar of our foreign and security policy, and Germany will continue working to strengthen these relations,” Seibert told the Associated Press.