Merkel in Serbia: 'Long way to go' until EU membership for Western Balkans

While Angela Merkel underscored her support of Serbia and other Western Balkan states joining the European Union, the outgoing German leader admitted a challenging road lay ahead. 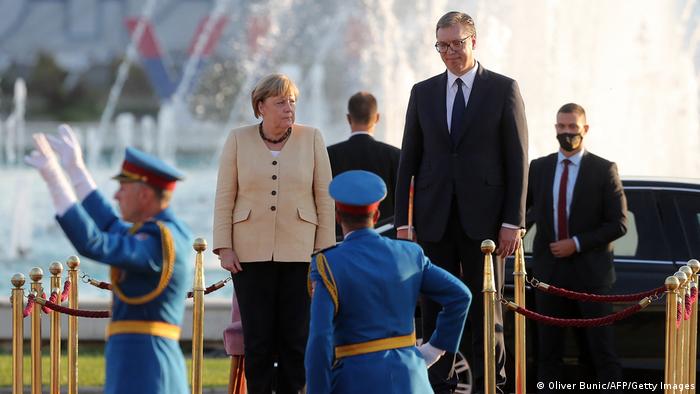 During talks in Serbia on Monday, German Chancellor Angela Merkel held the door open for EU membership for Western Balkan countries, but was more cautious about the timeline.

Her two-day visit to the region comes just weeks before Merkel is due to leave office, with the chancellor vowing continuing German support for the region after her time as chancellor comes to an end.

Speaking alongside Serbian President Aleksandar Vucic, Merkel urged for progress towards EU membership to continue — but noted that changes need to be enacted.

"I hope that we will soon get some momentum back in this entire process," she said.

"There is still a long way to go before Serbia and the whole region can finally become members of the European Union, as is our common goal," Merkel said. 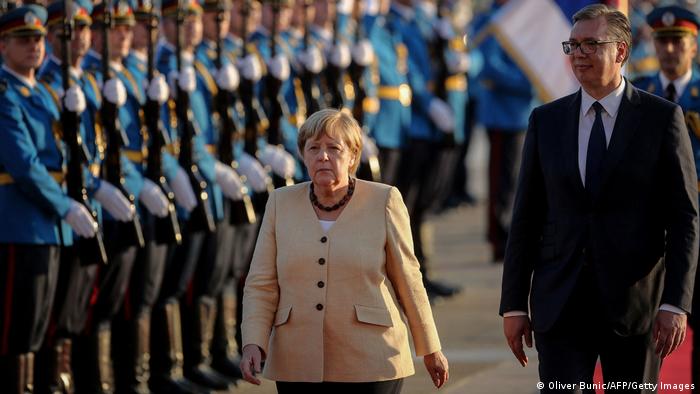 Merkel said the Serbian president vowed to make progress by the end of the year towards judicial reforms that are pre-requisites for membership in the 27-member bloc.

With regards to ongoing tensions between Serbia and Kosovo, Merkel stressed that the resolution of the conflict — and Serbia's recognition of Kosovo's independence — was also a prerequisite for becoming an EU member.

"I support a road map, in which all other questions will be solved ahead of time," Merkel said, noting that these questions must be resolved before the end of the membership process.

The end of an era — Merkel in the Balkans

With her time as chancellor coming to a close when Germany heads to the polls on September 26, Merkel's decision to travel to the Western Balkans has drawn a spotlight on the region.

In order to do so, the countries will have to enact widespread reforms — particularly to combat rule of law issues, corruption and nepotism. Independent media and critical voices in civil society are also increasingly under pressure in the region.

On Tuesday, Merkel will travel to Albania where she will have a meeting with leaders from Serbia, Albania, Bosnia-Herzegovina, North Macedonia, Kosovo and Montenegro.