German Chancellor Angela Merkel has offered Russia negotiations with the EU on the "possibilities of cooperation in a joint trade area." In return, Berlin expects "a comprehensive resolution" of the conflict in Ukraine. 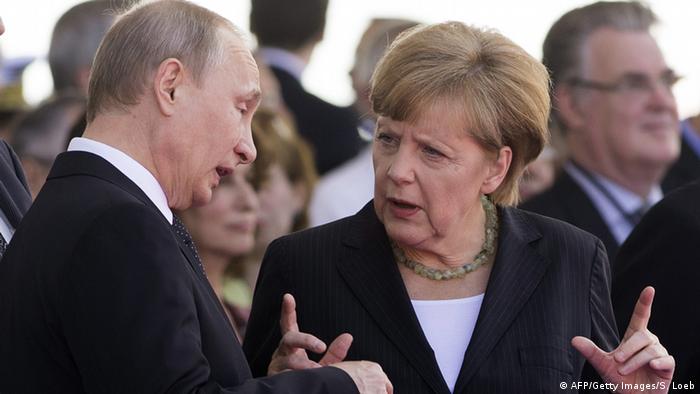 After talks with Italian Prime Minister Matteo Renzi in Florence on Friday, Merkel said that "if the part of problems over Ukraine is solved", there could be trade talks between the EU and the newly-established Eurasian Economic Union.

"I know that we have to talk about it at the European level," Merkel said and stressed out "those are the projects for the distant future."

Deputy spokeswoman of the German government Christiane Wirtz said there is no concrete offer for negotiations with Russia, it is a "signal of openness" for discussion. "In principle, we are open for talks on a joint free-trade area," she said.

Earlier on Friday, German daily Süddeutsche Zeitung reported how Merkel's offer was made at the World Economic Forum in Davos, Switzerland.

Merkel said that Germany was "ready to open talks about possibilities for co-operating in a collective trade area".

'Europe should not give up on European Russia' 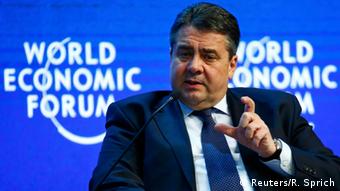 According to the paper, German Economy Minister Sigmar Gabriel also proposed "discussion about a free-trade zone" as a next step in effort to bring Russia back into the European fold after the war in Ukraine comes to an end.

Both Merkel and Gabriel, who is also vice chancellor, described the free-trade zone as extending from "Lisbon to Vladivostok," the paper said - a formulation first used by Russian President Vladimir Putin in an interview with the daily in 2010. Merkel also used this turn of phrase in her public address at Davos on Thursday.

"Europe should not give up on European Russia," Gabriel said to DPA. Even though it looks unrealistic at the moment, as the Russian side did almost nothing for a peace in eastern Ukraine, "we must think about the day after conflict ends," Gabriel said.

Even in Davos he added that EU members should already be discussing what they could offer Russia in the event of peace. "The next step is a free-trade zone", he said.

However, the German leaders insist that Russia first had to comply with the Minsk Agreement, a ceasefire deal signed in September in the Belarusian capital by Ukraine, Russia and pro-Moscow rebels who are waging an insurgency in eastern Ukraine.

By the standards of NATO members as a whole, Germany has been comparatively understated in its criticism of Russia during the Ukraine conflict, for instance seeking to keep OECD-sponsored peace talks in motion, most recently with a foreign ministers' meeting held in Berlin this week between French, German, Ukrainian and Russian negotiators.