Australian officials have reissued stay-at-home orders for the 5 million residents of Melbourne amid a sudden spike in cases of COVID-19 in the area. The border between Australia's most populous states will close. 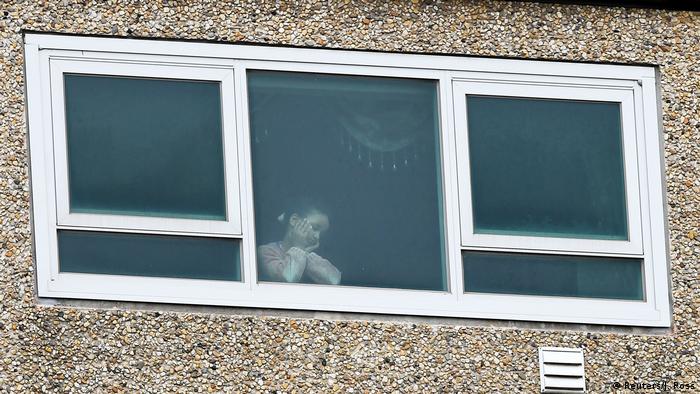 The lockdown went into place hours before the border between the state of Victoria, of which Melbourne is the capital, and New South Wales (NSW) was due to close.

Victoria reported 191 new cases of the coronavirus between Monday and Tuesday, its biggest spike since the outbreak began.

"These are unsustainably high numbers of new cases," the state's premier Daniel Andrews said in a media briefing on Tuesday.

The state was responsible for the majority of the 199 coronavirus infections reported nationally in Australia on Tuesday. Despite a national total of only 8,800 infections and 106 deaths, Australian officials are concerned about the potential for a greater outbreak. 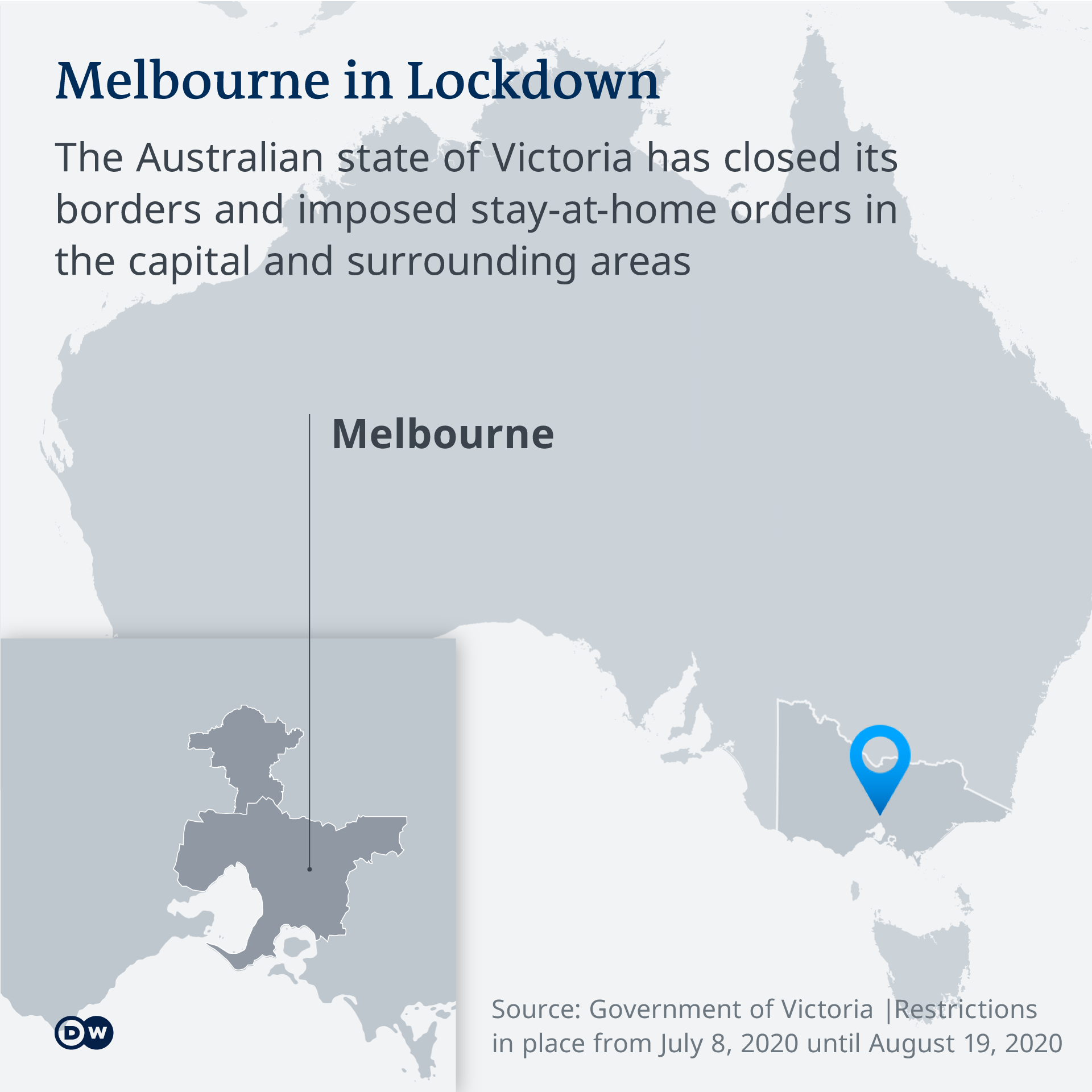 Starting from midnight on Wednesday, all 4.9 million residents of Melbourne will be required to stay at home unless out for work, studying, shopping for food, or medical appointments for the next six weeks.

Read more:  How to get from Europe to Australia without flying

Over the weekend, Andrews had reinstated strict social-distancing orders for over 30 Melbourne suburbs and put nine public housing towers.

The premier said the state is in for a very difficult time economically and that the pandemic will kill thousands of people there if not kept under control.

Hundreds of police officers and soldiers were also deployed to the state line between Victoria and New South Wales on Tuesday to enforce a border closing scheduled to go into effect at midnight local time. It is the first time in 100 years that the border, which stretches hundreds of kilometers (miles), will be closed.

People caught crossing the border without permission could face penalties including a fine of A$11,000 ($7,700; €9,700) and six months imprisonment.

Businesses are concerned about the logistics of a closed border, a potential headache for workers that depend on being able to cross the state line.

Residents of Victoria can receive a special permit if they can prove a need to travel. Freight transporters are free to cross the border, but will be subject to random stops.

The rest of Australia continues to lift restrictions, where new infections have been largely confined to returning travelers, who are sent to quarantine in hotels.

Lax social distancing measures among security staff among such hotels in Melbourne are widely thought to have contributed to the recent spike.