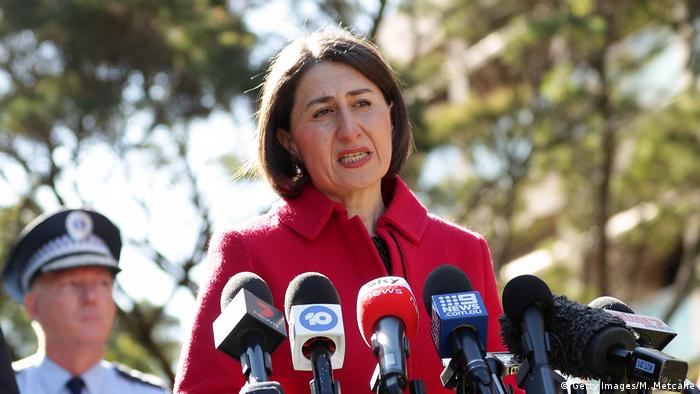 Australian police have announced they will use "drones and other aerial surveillance" to patrol the border between New South Wales and Victoria. Large fines and up to six months imprisonment have been touted for people who cross the state line.

The border between Australia's two most-populous states — New South Wales (NSW) and Victoria — is being closed over virus fears, authorities announced on Monday.

Victoria reported 127 new infections overnight, the state's biggest spike in cases since the virus was first reported in the country.

Victoria's capital city, Melbourne, saw a rise in infections, which led to stricter social-distancing orders. Nine public housing towers were placed under lockdown to curb the spread of the virus.

Victorian Premier Daniel Andrews said the high number of cases reflected an increased number of tests. A daily record of 24,500 tests were carried out.

Melbourne health officials effectively shut off some neighborhoods to the rest of the city until the end of July.

Sixteen of the new cases were detected in nine high-rise public housing towers, where 3,000 residents were locked in their homes on Saturday in Australia's strictest coronavirus response to date.

Community leaders raised concerns about the targeted nature of the "hard lockdown", which saw hundreds of police officers deployed with almost no warning, leaving some residents with little time to stock up on essentials.

Tensions flared when a man tried to leave one of the towers on Monday, sparking a scuffle during which police allege he bit an officer. The 32-year-old was arrested.

The decision to close the border was made jointly by Prime Minister Scott Morrison, Victoria Premier Daniel Andrews and NSW Premier Gladys Berejiklian.

The border will be closed from late Tuesday. Some flights and train services will continue for travelers who are given permits and exemptions, Berejiklian said.

While Australia has largely managed to keep the pandemic under control with just over 8,500 cases, this recent spike has raised concerns over the response moving forward.

This is the first time that the borders are being sealed since the Spanish flu pandemic.