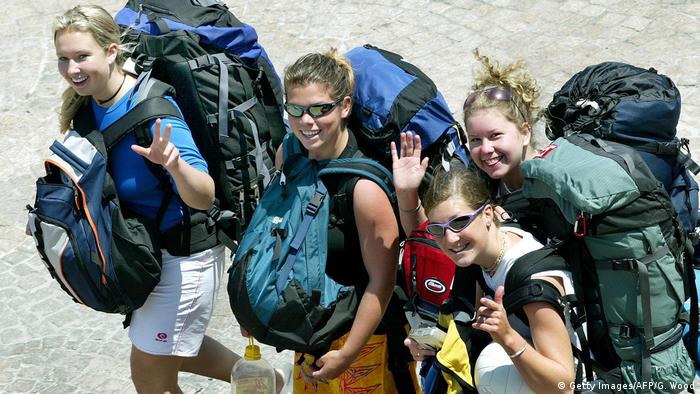 Visitors to Australia on work visas are being asked to leave if they cannot provide for themselves amid an economic downturn caused by the coronavirus pandemic.

Speaking on Saturday, Acting Immigration Minister Alan Tudge said if any of these working holidaymakers did not "have the confidence to sustain themselves over the next six months, they should leave the country."

Some of the altogether 118,000 backpackers in the country could, however, have their visas extended if they are working in certain sectors, including health care.

The request to all of the more than 2 million people currently on temporary visas in Australia to consider returning home if they lacked means of support contrasts strongly with recent appeals not to shy away from visiting the country because of the massive bushfires there.

Some 19,000 Germans are among the backpackers currently in Australia on working visas.

'It's time to make your way home'

On Friday, Prime Minister Scott Morrison also told people on visitor visas who did not have means to support themselves during the coronavirus crisis that "it's time to make your way home."

His request is not without irony, considering his past: Morrison, as then managing director at Tourism Australia, was behind the ill-fated "So where the bloody hell are you?" tourism campaign of 2006 aimed at drawing visitors to the country.

The campaign gained notoriety particularly after it was initially banned in the United Kingdom for its language and was widely considered to have had little impact on tourist numbers despite its high price tag.

Those on temporary visas include 203,000 international tourists in Australia, who are typically on a visa lasting three months or less.

But according to figures from the DPA news agency, their number also includes skilled workers and 565,000 full fee-paying international students, who contribute billions to the economy as the country's third-largest export sector.

The students were encouraged to "rely on family support, part-time work where available and their own savings" during the coronavirus crisis.

Meanwhile, five new cases of coronavirus have been confirmed from a German-owned cruise ship moored in quarantine in Fremantle in Western Australia, bringing the number of passengers and crew from the vessel currently in hospitals onshore to 54.

The Artania, which docked in Fremantle last week, has permission to stay in Western Australia for another two weeks after a 14-day quarantine was imposed by the federal government starting Friday night.

Some 844 healthy passengers from the ship were flown back to Germany last Sunday. One 69-year-old passenger with pre-existing illnesses died on Thursday after being infected with the new coronavirus.

The Western Australian government has been putting pressure on the federal administration to get the vessel to leave Australian waters as soon as possible. Cruise ships account for around a quarter of Australia's some 5,500 confirmed coronavirus cases and also of the country's 30 deaths from COVID-19 so far.