Digital and media art are stretching our definition of creativity and the role of the artist. But they also pose urgent questions about ownership and quality. When does it touch our emotions? And when is it "good" art? 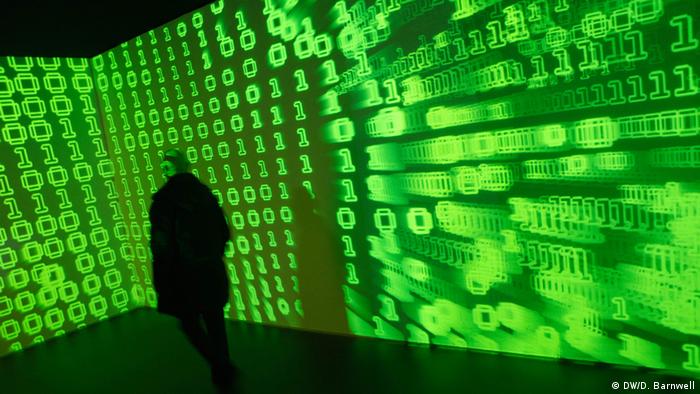 Wave your hand at the flat screen TV in front of you and it responds with captivating animated gestures. Step into an intimate room that comes alive with pulsating colors as you move around. Type your name on an old-fashioned typewriter and watch as animated drone-like bugs eat up your letters. Or hold an iPad over the Mona Lisa and see her come alive and wink at you right before your very eyes.

At the UNPAINTED14 media art fair in Munich this past weekend, there was no lack of interactive possibilities, each doing their best to stretch the imagination and the definition of what art is supposed to be and do.

From its main venue at the Postpalast in central Munich, the UNPAINTED14 fair invited guests to explore the eruptive digital currents of contemporary art. Video installations, sound experiments, code-based paintings, software art, 3D printed sculptures were some of the things that made up the backbone of the first event of its kind in the Bavarian capital.

Artists from across the globe were represented, as was nearly every imaginable type of digital expression.

A reaction to digitized life

"The UNPAINTED media art fair is an expression of life in a digital age," director and curator Annette Doms told DW. "We live in times of intense digitization and today it's impossible to imagine life without computers and digital technology. Artists react to the times around them, they always have, and as we now have an incredible array of technology available. Their possibilities for creating these reactions expand. This is what we want to show." 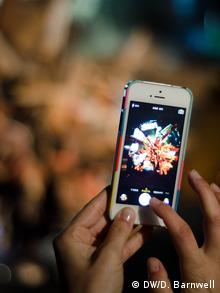 An art historian and digital enthusiast herself, Doms took the initiative to found the fair and invited some of the hottest names and upcoming talents to make the exhibition come to life. She added that hundreds of new media enterprises, galleries and academies, as well as the globally recognized Goetz video art collection, made Munich a natural fit for an event that she "has wanted to do for more than 10 years."

While media art may try to capture the never-ending digitization of our everyday lives, it also opens a virtual Pandora's (drop)box with the potential to disrupt the traditional art world at its very roots.

Debates about stables and practicalities like ownership, mediums, talent and curation inevitably accompany media art as it continues to grow. How does one, for instance, buy insurance for a piece of code? Or imagine a collector buying a domain name from a net.art artist, only to have that very same domain available for everyone to log onto - does he really own the piece?

Then there is the question of physical objects vs. virtual works. Traditionally, art comes in the form of a unique tangible object that can be touched, displayed, moved and sold. But in media art there are no such guarantees.

Steven Sacks is the director and owner of bitforms, a New York-based gallery that has been working with media and digital artists for the past 12 years. Media art, like all artistic expressions, does well in bringing along these questions, he told DW. 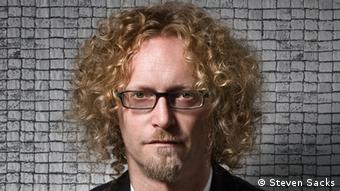 Whether art comes in the form of an object or not does not matter, he says. "It's still about the passion and the emotion that art evokes in you. It's on an individual basis. Some people are incredibly interested in work where there isn't any physicality, but just an artists' signature in the source code of a piece of software. Others like the integration, like projections on screens, or a sculpture that has a connection to contemporary ideas. It's all very individual."

"Digital expressions stretch the imagination and the definitions of what art is and how it is to be treated. That's what art is supposed to do: challenge our ideas and perceptions," Sacks says.

Dutch-Brazilian artist Rafäel Rozendaal was one the biggest names at the UNPAINTED14 fair in Munich. Describing himself as an Internet artist, Rozendaal's works have earned him accolades from near and far, and even a high-profile projection gig with carmaker Ford.

He shot to fame by selling quirky website pieces like www.burningcigarette.com, www.jellotime.com and www.colorflip.com, and has since won global recognition for his inimitable take on contemporary consumer culture and its notions of ownership. At UNPAINTED14, he presented BYOB - Bring Your Own Beamer, a project dedicated to celebrate "the democratization of art in the digital age."

"BYOB is a way of liberating artists by bringing them together so they can plug in and spontaneously show off their work through their own beamers," Rozendaal told DW. It allows us to bring the Internet out of the machines and present collective works in a chaotic setting. It's a way of setting art free." 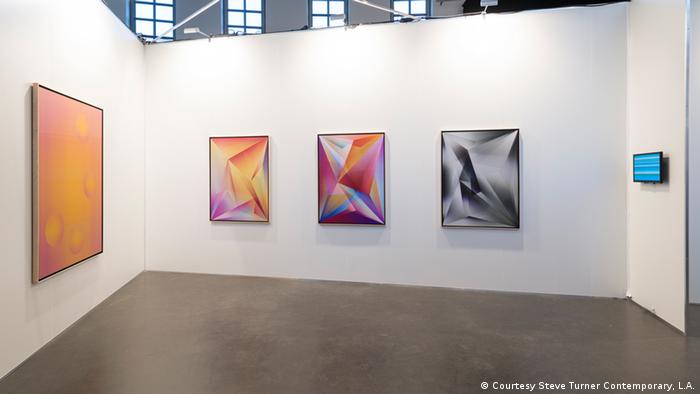 The 33-year-old artist explains that he sees new media and emerging technologies as a welcome opportunity to take the understanding of art into brand new territories.

"To me, the Internet is total freedom," he said. "Artists today have unparalleled direct access to audiences. The experience is what matters, the market is secondary. Thanks to the Internet, we can separate art completely from its history and ideas about limitation and value. And without historic boundaries, art can be completely free."

Direct access to audiences and new tools inevitably means more artists. Some argue this means less skill is needed for an artist to brand himself as such. This, however, doesn't bother the Dutch-Brazilian artist.

"That's not a problem at all. Art is like sport," he said. "Everyone can do it, but some people will go to the Olympics and others won't. If someone is bad at playing tennis, you don't blame that person for being bad. So why would you blame someone for making 'bad' art?"

Everyone is talking about big data these days. From self-monitoring and stock markets to social networks and surveillance scandals - data is everywhere. No wonder that it's taking on new expression in contemporary art. (22.11.2013)