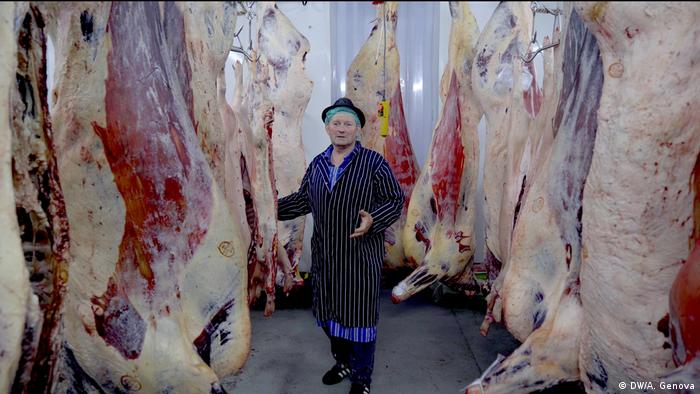 At the height of the coronavirus lockdown, the Welsh high street where William Lloyd Williams' has his butcher's shop was virtually deserted. Yet Williams was inundated with customers keen to buy meat with a fully traceable supply chain.

Williams slaughters local livestock in his small abattoir next to the farmland in Machynlleth's bucolic Dyfi Valley where he keeps his own cows and sheep. The shop itself is only a short walk away.

"Wil has got a field so the animals have no stress," says Joy Neal, from nearby Glandyfi. "He is kind to the animals and provides good meat for local people and I think he is much appreciated!"

Consumers often prefer not to think about how their meat was killed. But Neal is reassured that it comes from a local abattoir. "There are very few of them left and I feel very strongly about this one," she says.

A business in decline

Williams' abattoir has been in his family since the 1950s. He learned his craft from his father, carrying sheep heads out at the age of eight, and began training properly aged 17.

His business has survived foot-and-mouth disease, BSE or "mad cow disease" — both of which cost the UK agricultural industry billions of pounds — and now COVID-19.

But it's been a struggle. In the 1980s, there were seven local abattoirs in Montgomeryshire county, now Williams' is the only one. Across the UK, there was a 99% decrease in local abattoirs between 1930 and 2017, according to the Sustainable Food Trust (SFT), which launched The Campaign for Local Abattoirs in 2018. 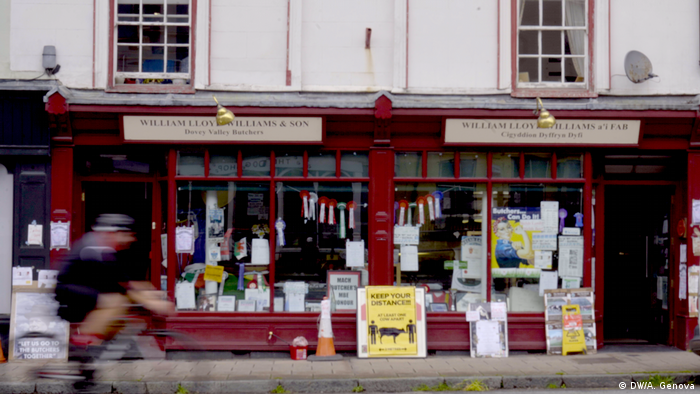 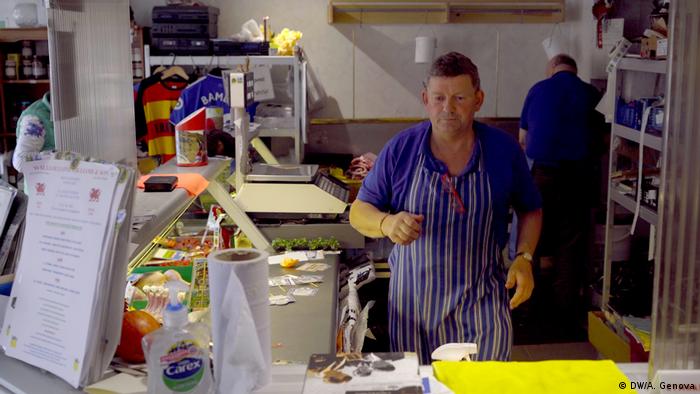 These small businesses aren't profitable enough to compete with supermarkets, and a growing burden of paperwork and regulation hasn't helped. The SFT says much regulation is drawn up with large abattoirs in mind and is "unnecessary or inappropriate for small abattoirs."

"We've destroyed that latticework of localized infrastructure which used to be in place," says STF founder Patrick Holden. "That's not to say we can't rebuild this in a new way after COVID, but you can't achieve that unless the links between the primary producer and the consumer are in place. Abattoirs are particularly critical because you can't have local and welfare friendly meat of any description unless you have local abattoirs."

Gentler on livestock, and the planet

According to data from the UK Food Standards Agency, most welfare problems associated with the farm-to-slaughterhouse chain occur in transport. Standards set by the Royal Society for the Prevention of Cruelty to Animals state that livestock should be slaughtered as close as possible to its point of origin.

And the factory-farming model isn't just bad for animal welfare. It relies heavily on antibiotics due to the risk of disease when animals are packed together in large numbers, and huge quantities of grain and protein-rich soya that is grown in agrochemical-dependent monocultures, leading to soil degradation, pollution and biodiversity loss.

Read more: Can feeding insects to animals shake up farming as we know it?

The farmers whose meat Williams sells are listed on a sign in his shop window that changes week-by-week. All the livestock he slaughters is grass-fed on farms within a 20-mile (32-kilometer) radius, most fewer than 10 miles away.

"I house the animals the night before so they're rested; they're on clean straw and water and it is short work from field to abattoir," he says. "Because of the nature of the task, one of the most important things is there must be no cruelty involved whatsoever." 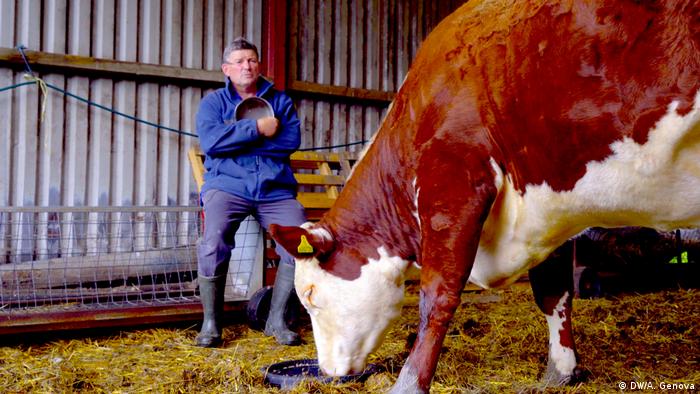 While historically there has been little support from the UK government to preserve local abattoirs, the All-Party Parliamentary Group for Animal Welfare (APGAW) released a report in June 2020 recognizing their importance.

A spokesperson for the UK's Department for Environment, Food and Rural Affairs told DW it was "currently carrying out a review of the relevant regulations and will consider the APGAW report as part of this."

In 2018, the Welsh government introduced the Small Slaughterhouse Food Business Investment Scheme to help the sector, while an amendment made to the British Agriculture Bill currently being debated adds slaughtering to the list of ancillary activities eligible for financial assistance.

"It's a great feeling to have gained this valuable recognition," says Williams. "However, there is still much to be done."

And the pandemic has made the urgency of this all the more apparent.

"If you look at industrial systems of rearing animals they do contribute to the emergence, spread and amplification of disease," says Peter Stevenson, of Compassion in World Farming.

Factory-style meat-processing plants around the globe have become COVID-19 hotspots, likely because of their frigid temperatures and cramped conditions, according to animal rights group Peta UK.

Williams hopes the pandemic has helped customers understand why local food is so important. "And to have local meat you need a local abattoir," he says.

Local operations cannot compete with industrial farming on price. But there are myriad costs that don't show up on supermarket price tags, both environmental and in terms of local economies that suffer when food production shifts to large, centralized operations. Wil Lloyd and local farmer John Jones at Wil's abattoir in Machynlleth. Inside the car is half a heifer belonging to John, which Wil slaughtered the previous week

"Big retailers talk about economies of scale but what this really means is that these large food systems are an extractive industry, they're mining the social and human capital that used to be a feature of resilient food systems," Holen says. "It's a short-term gain and a long-term cost and we're just beginning to wake up to that now."

Animal farming is responsible for 14.5% of global greenhouse gas emissions and cattle raised for meat and dairy accounts for 65% of that, according to the United Nations. Yet done right, rearing livestock can contribute to healthier soils that take carbon dioxide out of the atmosphere and keep it in the ground.

Eating meat less often, and sourcing from ethical produces when we do, can dramatically reduce its environmental impact, and for a growing number of consumers, knowing where food comes from is important. This story of provenance is one that Williams, and his father before him, have been telling for decades.

"Farmers are not selling the product, they're selling the story: 'These are my children, and this is the abattoir that is five miles away.' Once that story goes beyond 20 miles, the product is not animal friendly, and the value is less," Williams says.

With politicians failing to take climate action, activists from Asia to South America to the UK are taking governments and polluters to court in a last ditch bid to reduce emissions — and global heating.