Pentagon chief Jim Mattis said China has upped efforts to rein in North Korea. But he also said that the US would not allow unilateral action by Beijing in the South China Sea. 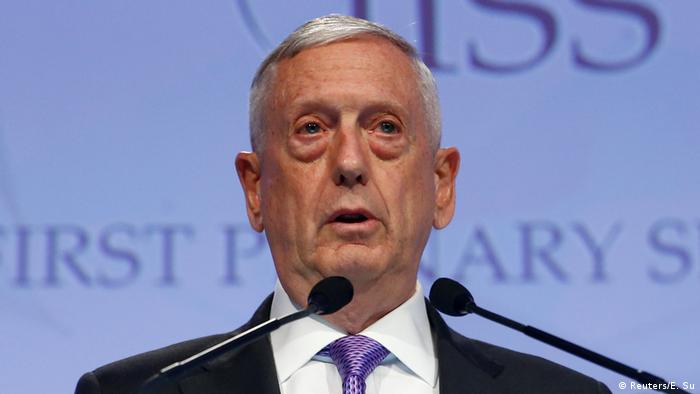 "We oppose countries militarizing artificial islands and enforcing excessive maritime claims," Mattis told the Shangri-La regional defense summit in Singapore.  "We cannot and will not accept unilateral, coercive changes to the status quo."

Beijing has built up a number of artificial islands on shoals and reefs in contested waters that show "China's disregard for international law ... (and) its contempt for other nations' interests," Mattis said. 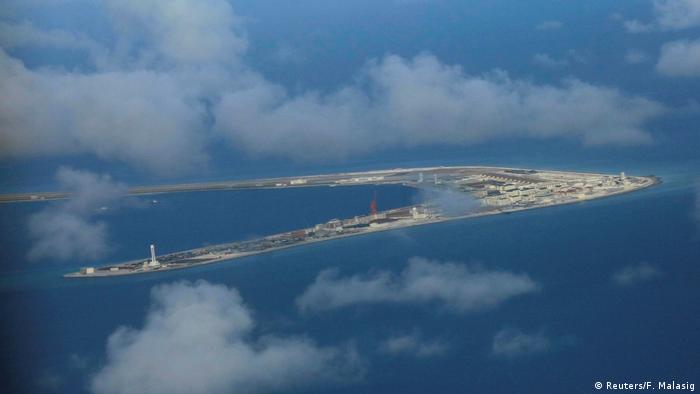 The US military has responded to Chinese moves in the South China Sea by regularly conducting so-called "freedom of navigation" exercises involving warships and aircraft near the outposts.

The comments signal the United States will continue to apply pressure on China over its South China Sea build up that has worried its neighbors, even as it seeks greater cooperation from Beijing to counter North Korea's ballistic missile and nuclear programs.

Mattis sought to reassure countries in the region worried that the United States may grant concessions to Beijing in the South China Sea in exchange for cooperation on North Korea, saying that they were not "binary" options.

Mattis described North Korea efforts to produce a nuclear-armed missile capable of threatening the United States and its allies was a "clear and present" danger.

"North Korea's continued pursuit of nuclear weapons and the means to deliver them is not new, but the regime has increased the pace and scope of its efforts," he said.

The United States would continue to work internationally to apply economic and diplomatic pressure on North Korea, he added.  The Trump administration has looked to China to rein in North Korea, with which it has influence.

"The Trump administration is encouraged by China's renewed commitment to work with the international community toward denuclearization," Mattis said. "Ultimately, we believe China will come to recognize North Korea as a strategic liability, not an asset."

Separately, the UN Security Council on Friday adopted US backed targeted sanctions on North Korea over its ballistic missile tests in violation of UN resolutions.

Top defense officials from nearly 20 countries are gathering in Singapore for a three-day security summit. It comes amid rising tensions in the Asia-Pacific. (03.06.2016)