United States President Barack Obama paid tribute to Martin Luther King on the 50th anniversary of the civil rights leader’s march on Washington. But there was more work to be done to fulfil King’s legacy, warned Obama. 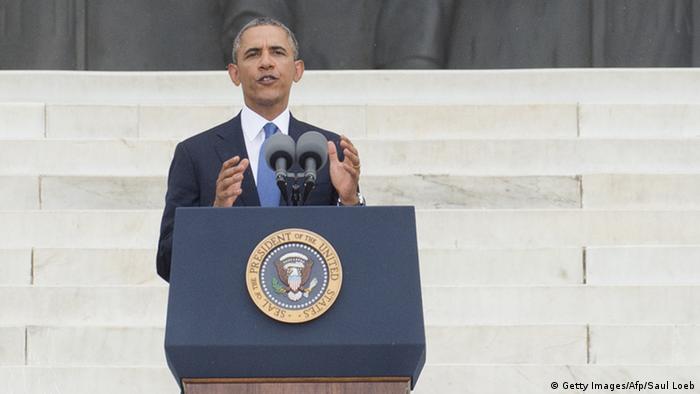 Addressing a huge crowd from the steps of Washington's Lincoln Memorial on Wednesday, Obama said "constant vigilance" was needed to make King's dream complete. The US president delivered his speech at 3pm local time - the precise time King delivered his famous 'I Have a Dream' oration at the same location fifty years earlier.

"He offered a salvation path for oppressed and oppressors alike. His words belong to the ages, possessing a power and prophecy unmatched in our time," Obama said. 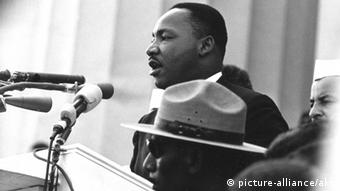 Obama says there's more to do to reach King's dream.

Obama recited a list of achievements in the civil rights movement in which Nobel Peace Prize winner King was pivotal. Among the notable changes following King's speech were the signings of the landmark Civil Rights Act and Voting Rights Act to outlaw discrimination.

Obama went on to stress, however, that the job was far from done. Economic disparities were still evident he said, and unemployment among young black men remains high.

"We would dishonor those heroes as well to suggest that the work of this nation is somehow complete,” he said.

"The arc of the moral universe may bend towards justice, but it doesn't bend on its own. To secure the gains this country has made requires constant vigilance, not complacency.

"… It's along this second dimension of economic opportunity, the chance through honest toil to advance one's station in life, that the goals of 50 years ago have fallen most short.”

'Tell 'em about the dream, Martin!'

"This march, and that speech, changed America," Clinton said.

Winfrey said King forced the nation "to wake up, look at itself and eventually change."

Ceremonies commemorating the speech of King - assassinated in Memphis in 1968 - were also held in London, Japan, Switzerland, Nepal and Liberia.

Bell ringing was also held churches around the US in a response to King's closing refrain to his speech, in which he encouraged the country to "let freedom ring."

Saudi Arabia rejects US report on Khashoggi's murder 4h ago