Manus Island - A movie secretly shot inside former asylum camp | Asia | An in-depth look at news from across the continent | DW | 18.10.2017

While the plight of Myanmar's Rohingya refugees makes global headlines, the predicament of detainees on Manus Island and Nauru has largely been ignored. But two Iranians have documented their misery for the celluloid. 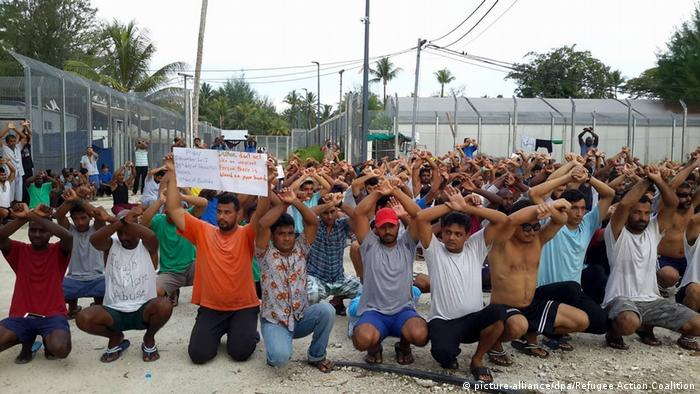 "Chauka, Please Tell Us the Time" is a documentary film secretly shot by an Iranian asylum seeker in a former asylum detention camp on Papua New Guinea's Manus Island. The camp was closed at the end of October. On Thursday, Papua New Guinea police moved in on the camp in an attempt to force hundreds of asylum seekers occupying it to leave.

The word "chauka" means a honey-eating bird that lives on Manus Island. Ironically, it was also the name of a solitary confinement unit inside a Manus refugee camp. The movie claims that detainees were regularly tortured in this unit.

The collaboration between Boochani and Sarvestani began when Boochani, who is a journalist by profession and had lived as an asylum seeker on Manus Island for more than four years, sent video shots through his mobile phone to Sarvestani.

Over ten thousand minutes of voice conversation between Boochani and Sarvestani over WhatsApp laid the foundation for the story of the movie that describes the misery of Iranian and other asylum seekers who had travelled thousands of kilometers in the hope of reaching Australia but ended up in an Australian-run Manus camp.

It was difficult to shoot at the camp, which was closely monitored by CCTVs. Also, most Iranian asylum seekers were reluctant to talk to Boochani. 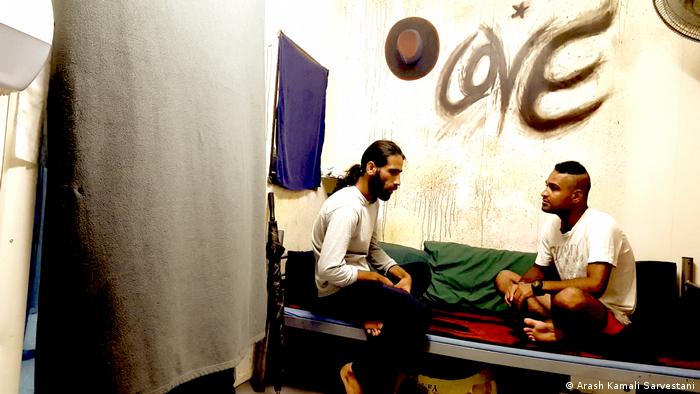 The film is about refugees as well as local people, who are 'both victims of Australia's migration policies'

"We made this film in a very difficult situation. Now when I look back, I realize that we have accomplished an impossible mission," Boochani told DW. He said the movie was shot over a period of six months. "This film brings to light the plight of some 2,000 forgotten refugees living in these camps. We wanted their voice to be heard globally," Boochani added.

Australia has held 2,125 people in offshore detention centers on Papua New Guinea's Manus Island and Nauru over the past four years, according to Australia's Department of Immigration. At the end of September, there were still 1,111 people in the detention centers, with 742 on Manus and 369 on Nauru. 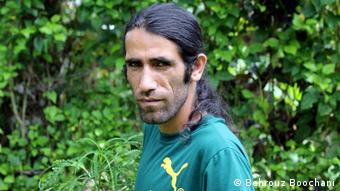 The majority of these people have been granted refugee status by the authorities of these two countries. But reports suggest that they do not want to be resettled in these places as they cannot work or provide for their families there and they do not feel safe.

The Australian government's draconian immigration policy refuses to consider asylum claims for those picked up at sea. Instead, these people are detained on these remote Pacific islands.

50 refugees from Manus and Nauru have been resettled in the US under a 2016 deal between Washington and Canberra.

Several hundreds are undergoing the process of "extreme vetting" implemented by US President Donald Trump. The group is the first of 1,250 refugees expected to be taken in by the US as part of a refugee swap deal with the Australian government under the previous Barack Obama administration. In exchange, Australia will accept refugees held in US-run detention centers in Central America.

Hundreds of human rights advocates in Sydney recently protested the ongoing detention of asylums seekers on Pacific islands as a resettlement deadline approaches.

"'Chauka, Please Tell Us the Time" is also critical of human rights organizations, the European Union and other international bodies that have turned a blind eye to these camps," Iranian filmmaker Sarvestani told DW.

Sarvestani says the film is about refugees as well as local people, claiming that both are victims of Australia's migration policies.

The film was premiered during the 2017 Sydney Film Festival in June. It also found its way to the 61st BFI London Film Festival that ended on October 15.

Australian journalist Cheng Lei is reportedly being held in cramped, difficult conditions in a Chinese prison more than two years after her arrest.

Afghans have taken to the streets in several cities after reports of torture and assaults targeting Afghan refugees in Iran emerged this week.