Manchester bomber: A life on the move

The bomber who carried out the Manchester attack was in Germany days beforehand, according to media sources. Salman Abedi and his family led a life on the move, and began to regularly travel between Libya and Britain. 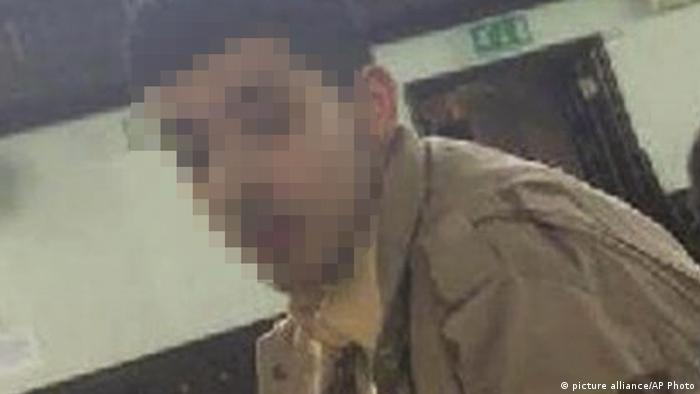 Salman Abedi, the British suicide bomber who killed 22 people at a concert in the English city of Manchester, flew from Germany in the days leading up to the attack.

Abedi was in the western city of Düsseldorf, according to reports from the German news magazine Focus. German police say they believe he was probably in transit at the airport before flying to Manchester.

- Will Manchester change after the attack?

The magazine said Abedi was also in Frankfurt in 2015. He is previously thought to have undergone paramilitary training in Syria.

According to Focus, university dropout Abedi was not on any of the watch lists that would normally be used to track the movements of suspected Islamist militants.

An expert from Germany's Federal Criminal Police Office (BKA) told the news magazine that it still needed to be clarified whether Abedi had made connections with Islamist militants in Germany or elsewhere. "The scene is closely interwoven internationally," he said.

British authorities are exploring whether the bomber had links with other cells across Europe and North Africa. One line of investigation is looking at whether Abedi had links to  a larger terror cell including Mohamed Abrini - known as the man in the hat - with connections to the Brussels and Paris attacks.

However, it has been suggested that Abedi was actually radicalized closer to home.

Born and bred in Manchester

Security services are scrambling to piece together details of what made Abedi into a killer. British police have said he was apparently supported by an Islamist network, partly based on the forethought and care with which the explosive device was prepared.

Salman Abedi's parents, from the Libyan capital Tripoli, emigrated to the UK in 1993 as refugees escaping the now-fallen regime of late leader Moammar Gadhafi. The father, Ramadan, was subsequently alleged to have formed links with the Libyan Islamic Fighting Group, an al-Qaeda linked militant group.

They initially lived in London but later moved to Manchester, and always retained their links with Libya. Salman was born in the city in 1994.

Abedi was the second youngest of four siblings and it is believed they lived in several of the city's districts - Moss Side, Fallowfield and Whalley Range - an area that is home to Britain's largest Libyan population.

The young Salman Abedi moved schools with unusual frequency, attending at least three separate high schools. He was described as a normal teenager, a fan of Manchester United who spent hours playing computer games on his Playstation 4 console.

The Abedi family worshipped at Manchester's Didsbury Mosque, which has strongly condemned the bombing and denied reports that he had worked there. Neighbors have described the Abedis as very traditional and "super religious."

Neighbors have said the family traveled back and forth between Libya and Britain on a regular basis since his father returned there in 2008, when there was a reconciliation deal with Gadhafi. The rest of the family began to spend time there from 2011, when the dictator was ousted.

A former schoolmate told the Manchester Evening News that since around that time, Abedi had changed.

"He was a outgoing fun guy but since he went to Libya in 2011 he came back a different guy," he told the newspaper. "He used to drink, smoke weed then all of a sudden he turned religious and I've not seen him since 2012."

Police are investigating whether Abedi had links with Britain's most prolific "Islamic State" ("IS") recruiter Raphael Hostey, who grew up close to Abedi. It is thought the pair may have been part of a network in south Manchester, whose members effectively radicalized each other. The broadcaster Sky News said the group recruited from a simple market stall.

Hostey was killed in a drone strike in Syria last year.

In 2014, Abedi began a business management course at Salford University but dropped out after two years. He made at least two more moves within the city of Manchester, most recently being registered at the family home in Fallowfield. At a previous address, he was said to have displayed a black flag with Arabic writing.

'Face of hate' in mosque

The imam of Didsbury Mosque said the bomber had stopped attending in 2015, because he objected to comments that were made there against "IS." The imam said that, after one sermon against the militant group, Abedi had shown him a "face of hate."

A Libyan official told the BBC that authorities were aware that Abedi had gone to Tripoli on April 18 and it was believed he had stayed for two or three weeks.

- Opinion: The normality of terrorism

- How closed communities provide a breeding ground for radical Islam

Salman Abedi told both his parents he was on his way to make a pilgrimage to Mecca and had persuaded them to give him back his passport, which they had confiscated. It is suggested he may have been in Düsseldorf en route from Turkey, with Turkish officials said to have shared information about him with the UK authorities.

He called his mother - a nuclear scientist who graduated top of her class from Tripoli University - hours before the attack, apparently to say goodbye ahead of the never-to-happen journey to Saudi Arabia.

Both of Abedi's brothers have now been arrested, as well as his father.

How safe do you feel going to a concert at a major venue? After Manchester, some people are likely to think twice. DW spoke with the head of Germany's largest concert and sports venue to get a safety report. (23.05.2017)