Maltese armed forces have taken control of a tanker hijacked off the coast of Libya and sailed to Valletta. Five men were arrested and taken away from the ship as it docked. 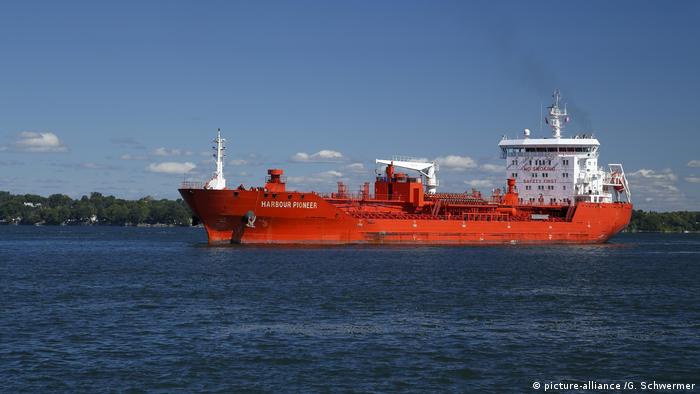 The five men arrested in Malta on Thursday were suspected of being the leaders of the hijacking of the Palau-flagged tanker Elhiblu 1 after it stopped to pick up 108 migrants on Tuesday evening off the coast of Libya.

On Tuesday, the Elhiblu had headed back to Tripoli but six miles from port it suddenly changed course and set a course towards Europe.

"The captain repeatedly stated that he was not in control of the vessel and that he and his crew were being forced and threatened by a number of migrants to proceed to Malta," the Maltese navy said.

The Armed Forces of Malta (AFM) said in a statement that a unit "was dispatched to board and secure the vessel in order to hand over control of the ship back to the captain."

On Thursday morning, escorted by the Maltese navy, the tanker arrived in Valletta around 8:30 a.m. (0730 UTC). The five suspects were taken away and followed by the women, children and other men onboard the ship.

Italy's Interior Minister Matteo Salvini called the migrants "pirates" and said they would not be allowed to set foot in Italy.

Migrants who are intercepted at sea are usually not happy to be returned to Libya, where they are often subjected to serious abuse such as rape, torture and slave labor.