Malta wants to use its EU Council Presidency to help solve the refugee crisis. Can it use its own experience to score points? 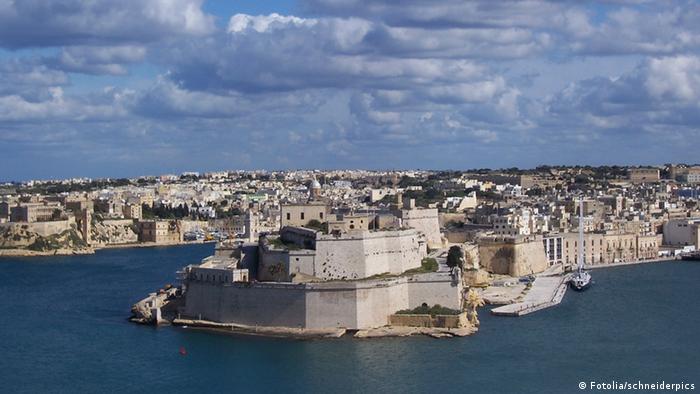 Its landscapes and villages are known around the world, even if most people are unaware that it is Malta that they have seen on cinema screens or on television. Part of the first season of the HBO series "Game of Thrones" was filmed on the tiny Mediterranean islands. The streets of the Maltese capital Valetta have been transformed into the palace of "The Count of Monte Christo" and mysterious sites for "The Da Vinci Code." Film is a seasonal business and depends on a lot of different factors, says Engelbert Grech of the Malta Film Commission. People need to remain flexible and shouldn't count on this sector alone, he says. Malta offers the international film industry comprehensive service, financial support, good weather and an international language that everyone understands: Next to Maltese, English is the official language of the islands, which gained independence from Great Britain in 1964.

Joseph Muscat wants to use Malta's six-month EU Council Presidency to present his country, the smallest in the EU, in terms similar to the film promotor's - flexible, service oriented and successful. The 42-year-old Muscat has been the prime minister of Malta for three years. The social democrat's election ended decades of dominance by the conservative Nationalist Party, which has close ties to Malta's Catholic Church. Today, there is no sign that the social democrats were vehemently opposed to Malta joining the EU back in 2004. Muscat presents himself as a model European. Many European member states still refuse to take in any refugees or asylum seekers. The so-called frontline states Greece, Italy and Malta, where most refugees arrive, are calling for relief and a fair distribution of the people that land on their shores. "I think there is a will to bring all positions as close together as possible. This will be a difficult task for the Maltese presidency. We will do our best to bring all of these positions together," promised Muscat at the last EU summit in Brussels in mid-December. 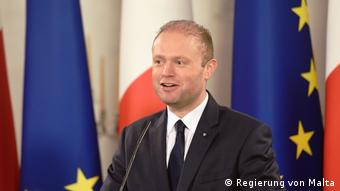 Malta, with its 420,000 citizens, is the EU's smallest country, followed by Luxembourg. Muscat knows that symbolically leading Europe's 500 million citizens will therefore present great logistical and political challenges. An informal summit will be held this February in Valletta, and numerous heads of state and government will discuss the Union's most pressing crises there, among them, the refugee crisis. Muscat wants to end migration from Africa to Europe. "What is new is the realization that the migrant route across the central Mediterranean is the key to the solution, indeed it is the entire package. This comprehensive package must also contain solidarity, safety and border security. I think that, one way or another, we should try to replicate the deal that we made with Turkey, in the Mediterranean."

Turkey has committed itself to take back refugees and migrants from Greece. That has had an enormous dissuasive effect. Muscat says that people should stay in Africa and not attempt the dangerous Mediterranean crossing. Malta, which lies on the migration route between Libya and Italy, took in 1,700 asylum seekers in 2016. The total number since 2012 has been more than 20,000. However, only about one-third of those people remained in Malta. Most were taken to Italy. Until January 2016, Malta had automatically interned immigrants in closed camps. The practice was eventually changed following much international criticism, at which point open accommodations were constructed with EU help. 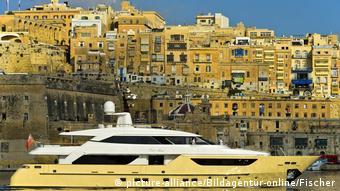 Migration is nothing new for Malta. The islands, strategically located in the Mediterranean, have always been overrun with conquerors and settlers. And thousands of Maltese have left their homeland and settled in many parts of the world. Phoenicians, Romans, Greeks, Arabs, Italians, Catholic knights, Napoleon, Britons: All ruled Malta, and influenced it politically, economically and culturally. For instance, linguistically: Malta is one of 24 official EU languages. It has Arabic roots, and is permeated with Italian and English influences. The Maltese language, which also has a number of different dialects, is the only Semitic language written with Latin characters. It is a wild mixture that mirrors the history of the islands. For centuries, Malta was a fiefdom belonging to the Knights Hospitaller. The Catholic Church, to which 90 percent of Maltese belong, still holds great sway on the islands. It is the country's constitutionally codified state church, and maintains most of Malta's educational institutions. Divorce did not become legal in Malta until 2011.

Beyond immigration, Brexit will occupy most of Malta's presidency. Should London trigger article 50 in March, Muscat would be tasked with organizing withdrawal negotiations. Muscat does not have a lot of sympathy for the former colonial power. Negotiations will be very tough, said the prime minister in a recent interview, similar to those with Greece.

The European Commission in Brussels estimates that Malta is in relatively good shape economically. The country, which joined the Eurozone in 2008, has not been affected by the financial crisis. Unlike many other EU countries in the south, it does not have debts and is not a crisis country like Greece or Italy. Tourism, trade and financial services are its major sources of income. Nevertheless, there is one point of contention: Brussels is critical of the fact that Maltese financial authorities offer international corporations very attractive tax-saving models, and that the Maltese government readily grants citizenship, and thus visa-free travel within the EU, to wealthy investors.

Latvia, Malta and Slovakia are voting on the penultimate day of the European elections. Over four days, about 388 million people from 28 countries are eligible to vote for the 751 members of the European Parliament. (24.05.2014)

Malta will not back down from a plan to sell Maltese passports to foreigners, despite European Union opposition. Malta's Prime Minister Joseph Muscat said the initiative could net the country a billion euros. (16.01.2014)

The Mediterranean island nation of Malta is the first destination for many refugees. Malta has been criticized by the EU for its efforts to keep the refugees out, but the rest of the EU may be part of the problem. (14.07.2013)