Berlin's politicians and clubs are teaming up to make partying more sustainable. Ideas range from more efficient light and cooling systems to generating energy through dancing. And there's an even bigger goal.

Berlin wants to become a carbon neutral city by the year of 2050. While many people point to the car industry to reach these goals, Berlin's club scene could actually help pave the way.

Clubs emit quite a lot of CO2 into the atmosphere. According to the German NGO Friends of the Earth Germany, one club emits around 30 tons per year. Not only that, but a club also uses as much electricity over the course of a single weekend as one household uses over an entire year.

And then there's an even bigger picture. Georg Kössler, Green Party representative for climate protection and club culture, says it's important that Berlin clubs go green, not just to do their bit to save the environment, but to motivate regular citizens to do the same.

"I think Berlin clubs are trendsetters, not just in terms of music, but also in terms of lifestyle. And when people see, oh, they don't use plastic straws any more, maybe they'll start doing the same at home," he told DW. 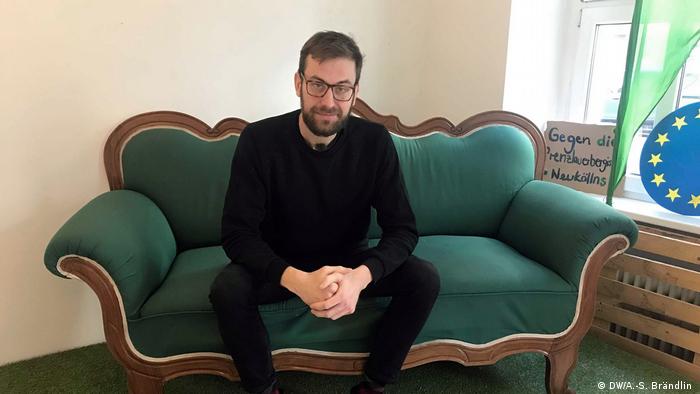 A new study by the Berlin Club Commission, an association of Berlin club owners, found that last year alone, three million tourists partied in clubs in Berlin; that number doesn't include the regular party-goers who there. According to the study, a quarter of all tourists who came to Berlin did so because of the clubs. Altogether, clubs brought the city an annual revenue of €1.48 billion ($1.66 billion).

A new climate project by the German NGO Friends of the Earth Germany, the association clubliebe e.V. and the Berlin Club Commission has now been designed to help Berlin clubs reach that goal.

Financed by the Berlin Senate, the project sends experts to clubs to advise them on how they can become more eco-friendly, for instance by switching to green energy, installing energy efficient cooling and heating systems, using LED lights instead of regular ones, reducing their water consumption, and managing their trash better.

When Marcel Weber, CEO of SchwuZ, a famous gay club in Berlin, heard about the new project he was intrigued.

"The question of how to be sustainable as a club has been on our minds for a while. We already switched to LED technology but we believe we can do more," he told DW.

"If you look at how much waste we produce as a club, it becomes clear that sustainability is an important issue." 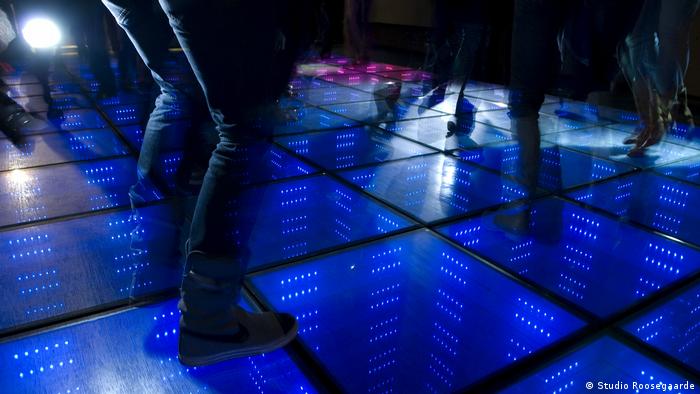 Dancing to do your bit: these tiles create energy when you move across them

He's now working together with clubliebe e.V and Friends of the Earth Germany to make SchwuZ more environmentally friendly. They've scheduled two days to inspect the entire club, from sound cables to refrigerators and cooling units, to find ways to decrease the club's carbon footprint.

"What would be super cool is if we find a way to digitally control our cooling units so that our fridges don't have to run 24/7," Weber said.

Another idea that has been floating around is building dancefloors that produce electricity. Dutch designer Daan Roosegaarde invented the so-called sustainable dancefloor, which uses floor tiles that harvest the energy of the dancers and then turn it into electricity. The invention is already in use in a club in Rotterdam. Marcel Weber, CEO of SchwuZ, is one of the first who signed up for the new project to turn Berlin clubs more green

"We want to bring that spirit and these good examples to Germany," Konstanze Meyer from clubliebe e.V. and Friends of the Earth Germany, told DW.

The problem, according to Meyer, is that technology like that is really expensive and most Berlin clubs only have short rental agreements, so big investments like that might not be worth it.

"They have really short perspectives and often that keeps them from making bigger investments in energy efficient technology," she told DW.

"We have made a multi-million dollar fund available for climate protection within the city and there's still a lot of money left, so whoever has a good idea has to come forward," he said.

"We even have a message for clubs: If you have an innovative project to save energy or to make your club green, you can apply for funds."

Beyond Berlin, a festival site in the German state of Saxony-Anhalt has already found a way to be more sustainable.

Thies Schröder, CEO of the iron city of Ferropolis, has devised a concept to make the festivals at the former coal-pit as environmentally friendly as possible. Seventy percent of the energy currently used at the festivals comes directly from solar. And considering how much electricity a festival with elaborate sound and light systems gobbles up, that's a pretty impressive number. 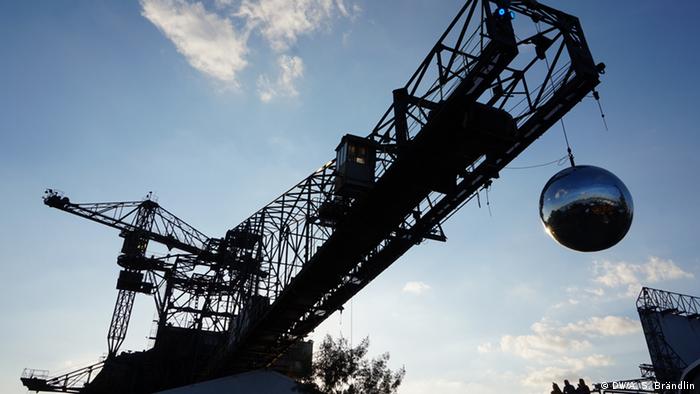 The plan is to build even more solar panels on rooftops and the lake, Schröder told DW. And to come up with more efficient waste and sewage management systems, for instance by producing energy from waste through pyrolysis, the thermal decomposition of materials.

Another idea Ferropolis is experimenting with is using human waste as a resource.

"Since last year we have two completely new prototypes of toilets on our premise where we separate liquids from solids in order to produce energy from it," Schröder said.

By encouraging the 30,000 festival guests to arrive by train instead of a car, offering a green campsite plus vegan and regional food, Ferropolis is paving the way to a greener festival future.

The hope is that by implementing measures to become more sustainable, festivals and clubs will inspire their community. And they are open to it.

Meyer interviewed club-goers in Berlin for a study and found out that more than 90 percent of the respondents wished clubs were more sustainable. More than 80 percent said they would be willing to support clubs by taking action themselves.

Berlin's clubbing scene has the potential to make big changes in society and start environmental movement and campaigns, Meyer believes. 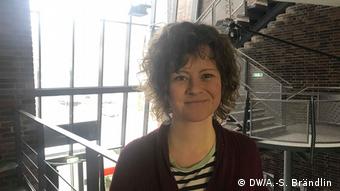 Konstanze Meyer advices Berlin clubs how to be more sustainable

"The clubbing scene has always been a nucleus where a lot of social movements came from. Thinking of Love Parade, at least at the beginning they really had political messages, which then affected the whole society," she said.

Politician Kössler says it's time for Berlin clubs to use that potential to fight against climate change. He told DW that most of the clubs in Berlin already take on their social responsibilities by organizing initiatives for a more open society, by standing up for LGBTQ rights and speaking out against racism and xenophobia.

But what Kössler wants to see in the future is that clubs also focus on environmental issues. That way he believes Berlin clubs can serve as a role model for cities across the world.

"I hope that other cities will look towards Berlin and say, that's a good idea, we want to make our clubs green and we'll use public money to make those clubs green because this really has a long reach," he said.

For the past year, Karin Beese and her family have been on a low-carbon diet in an effort to reduce their greenhouse gas emissions and head off the worst effects of climate change. And it's changed their lives. (20.12.2018)

Tens of thousands of critics of industrialized farming have converged on Berlin to renew calls for shifts to eco-sustainable harvests. Visiting Berlin for its annual Green Week expo are 70 agriculture ministers. (19.01.2019)