For the first time since 2007, France's public deficit is finally within the set EU limit. While boosting the president's aim of convincing Berlin to support eurozone reform, some now want to spend rather than save. 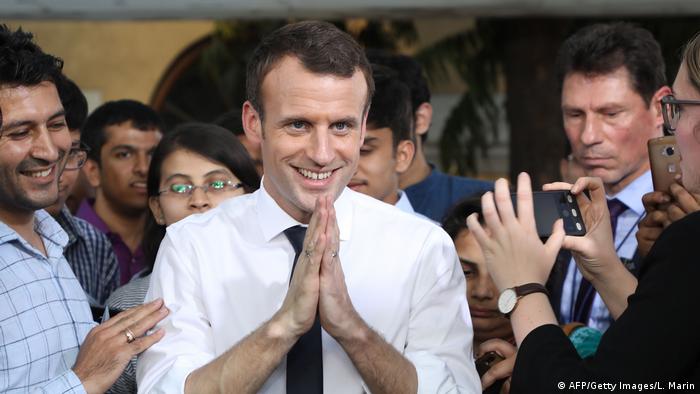 France posted a 2.6 percent public debt to GDP ratio in 2017, the first time since 2007 it has been within the three-percent limit set by the European Union, the French national statistics office (INSEE) said on Monday.

"We have honored our engagements," Finance Minister Bruno Le Maire told France Info radio. "It is proof that the strategy laid out by the president of the Republic on reducing public spending, realigning our public accounts and growth is the right one," he said.

The 2.6 percent figure is lower than the government's 2.9 percent target and was driven in large measure by higher tax receipts, boosted by stronger growth. In 2016, the deficit stood at 3.4 percent of GDP. 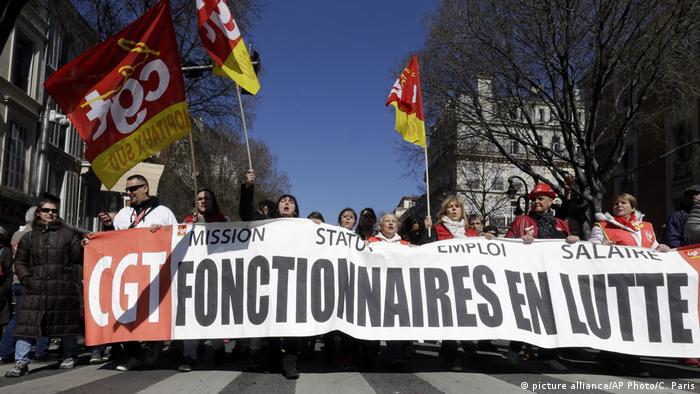 Civil servants march with a banner of the CGT union (General Work Confederation) in Marseille, on March 22

Macron has sought to convince Berlin to support his plans to reform the eurozone. Germany, meanwhile, has long held doubts as to the feasibility, if not also the sincerity, of Paris' fiscal plans, given the large size of France's public sector, archaic labor market laws and weak growth.

The recent spate of strikes and the fact that previous governments have sought and failed to reform the country's generous welfare system and labor market also add to the sense that Macron's window of opportunity is narrowing and aggravate traditional fears in Berlin that ambitious EU reform could be undermined by Paris' fiscal laxity.

Nine months into Macron’s five-year term his approval rating has slipped in the most recent polls to 43-44 percent.

Head of the International Monetary Fund (IMF) Christine Lagarde said on Monday that eurozone countries should set up a "rainy day fund" to cushion members in the event of economic downturn, an idea floated by Macron in 2017. Speaking in Berlin, Lagarde said countries could pay around 0.35 percent of their annual GDP into a common pot.

Do what I say not what I do

In August 2017 Macron unveiled a labor reform plan aimed at making it easier to hire and fire workers, capping dismissal awards and allowing workplace referendums. The government is also working on a plan to reform pensions, unemployment benefits and public finances.

But despite Macron seeking to make respect for EU budget rules a key policy goal since being elected, France remains one of only two eurozone countries still under the European Commission's excessive-deficit procedure, Spain being the other.

France must register a deficit-to-GDP ratio below 3 percent for another year to exit the procedure.

In its annual country report on France, published last February, the European Commission said labor market inflexibility was the main obstacle facing the country's economy. Paris was asked to cut labor costs, reform its pension system and open up its protected markets in exchange for the two-year respite.

Meanwhile, calls are growing within Macron's centrist LREM party for some of the extra money to be spent and not be used on debt payments.

Joel Giraud, responsible for steering budget legislation through the lower house of parliament, told Les Echos newspaper that the lower deficit was in fact a "windfall," adding that it could be used for extra spending.

"I think we can redistribute some of our good fortune albeit in a limited way as we have to remain credible before other European countries," Giraud said.

Le Maire has refuted the calls.

German Chancellor Angela Merkel is heading for talks with French President Macron, the man slowly assuming her role as Europe's leading figure. But with EU and eurozone reforms on the table, both still need each other. (16.03.2018)