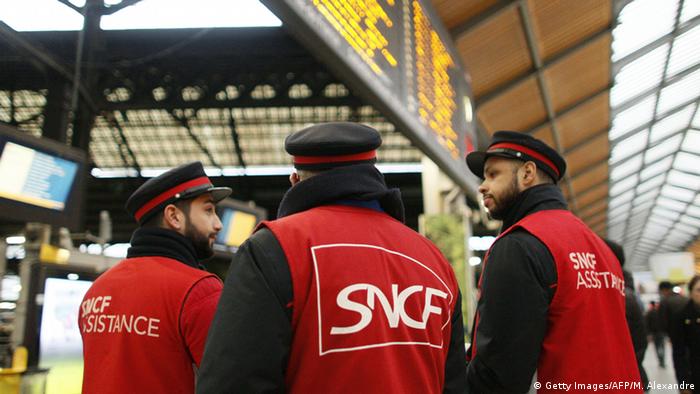 SNCF's debts run to about €45 billion ($55.52 billion), which puts it in an "alarming situation," Phillipe said, adding that he was "not looking for a fight."

Few French governments have dared take on the powerful railway unions, but French President Emmanuel Macron is seeking to leverage his political capital to push through reforms as part of his wider strategy of freeing up a stagnant labor market.

"Whether or not they take the train, the French are paying more and more for a public service that works less and less well," he said, adding that running a French train is 30 percent more expensive than elsewhere in Europe.

"It's time to dare to go ahead with a reform the French people know is needed," he said. 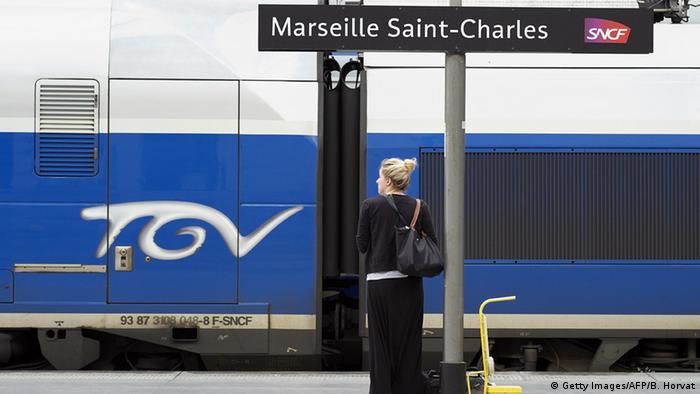 A traveler waits on a platform at the Saint-Charles station in Marseille, during a national strike by SNCF railway staff in 2014

A report submitted to the government earlier in February recommended the company's debt be reallocated within the public sector. Philippe said this would happen only if the company reduced its generous employment terms.

The government said it will consider turning the state operator into an autonomous company backed by public money, but it would never be privatized.

"It's a shared effort. The state will live up to its duties before the end of its mandate to ensure the economic viability of railway system," he said.

The government, he added, was ready to push the reforms through by decree, avoiding a vote in parliament. Many have accused Macron of bypassing the democratic process.

Philippe said fuller details of the reforms would be set out in March.

Unions have called a strike for March 22 and workers at SNCF, a stronghold of the communist-backed CGT union, have warned of more possible strikes.

Four unions — CGT, Sud, Unsa and CFDT — meet on Tuesday to decide on a response, with the CFDT urging the others to join in a rolling strike from March 12.

Rail employees have enjoyed preferential terms since nationalization of the railways in 1937. More than 90 percent of SNCF staff — 140,000 people — have the special rail worker status.

In 1995, SNCF unions undertook three weeks of strikes that forced then prime minister, Alain Juppe, to drop his welfare reforms and resign.

Since then no French politician has broached the idea of reform in the sector.

Macron has said his ambition is to cut what he considers to be a bloated public sector and reform France's relatively generous labor market.

France's train network is considered among the best in Europe, ranked seventh in the 2017 European Railway Performance Index by consultants BCG.

In September last year Macron pushed through labor law changes, part of a package of executive orders his government said would decentralize collective bargaining. The reforms were seen by some as fulfilling a campaign pledge by Macron, who won office in May.

The government is also targeting a cut in the number of short-term employment contracts, which make up the majority of new contracts.

Nine public sector unions are engaged in a one-day strike to protest Emmanuel Macron's labor reforms. Schools, hospitals and transport are being affected. (10.10.2017)

The French people have consistently opposed any liberalization of the labor market. Now, President Emmanuel Macron wants to do exactly that to, he says, combat unemployment. Trade unions have already called for protests. (17.06.2017)

Prime Minister Edouard Philippe also vowed to slash the country's debt and deficit, and develop investment. He advocated cutting the corporate tax rate from 33 to 25 percent by 2022 to make the country more competitive. (04.07.2017)

The French president vowed to improve relations with Algeria, saying both countries wanted to "build a future together." Macron announced a new committee of historians to re-examine French colonial rule.