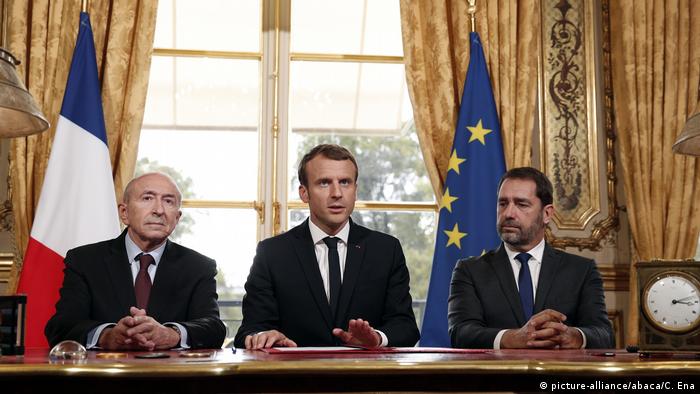 Wednesday marks the final day of France's state of emergency, imposed after terror  attacks in Paris in November 2015 that killed 139 people.

The emergency decree will be replaced by a new law which President Macron said gives authorities the powers they need to "deal with terrorist threats while preserving citizens' rights."

"A promise kept: we are ending the state of emergency on November 1 while reinforcing the security of our fellow citizens," Emmanuel Macron wrote on Twitter.

MPs amended the government draft of the bill so that almost all the new powers will expire automatically at the end of 2020.

Macron, elected in May, had said he wanted to allow the emergency provisions to expire and in his campaign cited a parliamentary report showing the expansion of police powers had produced ‘modest' results since the Paris attacks.

But since coming to power Macron has changed his position, reflecting both the pressures felt by the French authorities after Islamist-related terror attacks have left 239 dead in the past two years as well as a creeping perception that Macron is a weak president.

Under the state of emergency, 11 religious centers have been shuttered "for incitement to commit terrorist acts" and 41 individuals have been placed under house arrest for harboring extremist sympathies.

France is a main target for the "Islamic State" (IS) in the West, with 30 percent of attacks or foiled plots related to the extremist group, according to research published by the Paris-based Center for the Analysis of Terrorism.

Criticizm of the law

Critics say the law will leave the country in a permanent state of emergency. Rights groups, the radical left and the far-right National Front all argue the measures risk making emergency powers part of ordinary law.

The bill sparked a heated debate in the French parliament, with critics arguing that it will be used to persecute minorities, particularly Muslims, with impunity.

"France has become so addicted to the state of emergency that it is now injecting several of these abusive measures into ordinary law," Human Rights Watch said before parliament backed the legislation.

Two UN experts also criticized the bill in October for its "vague wording," which they said does not define terrorism nor the threats to national security sufficiently well. They also worried that Muslims may face "discriminatory repercussions."

According to a poll by Le Figaro newspaper, 57 percent of the French public back the measures, although 62 percent agreed that it was a restriction of basic freedoms.

The French parliament has passed a new anti-terror law as it eases its way out of the state of emergency. But civil rights campaigners say it will put citizens under general suspicion. Lisa Louis reports from Paris. (18.10.2017)