The far-right leader has appeared before judges over the alleged misuse of European Union funds to pay her parliamentary assistants. Le Pen won a seat in the French National Assembly a fortnight ago. 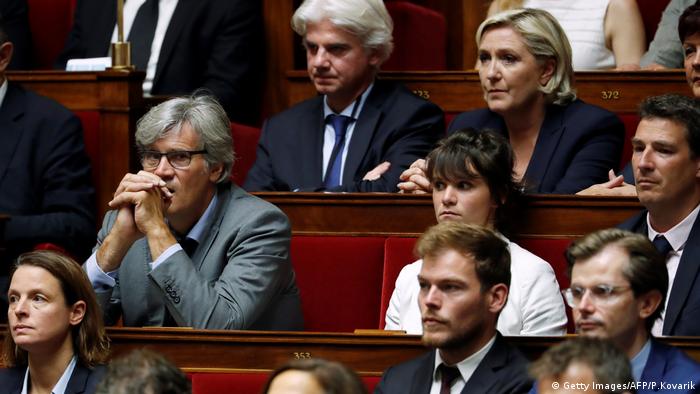 The leader of France's far-right Front National party (FN), Marine Le Pen, faces formal investigations into the financing of past election campaigns and the tweeting of violent images from the so-called "Islamic State" after appearing in court Friday charged with alleged misuse of European Parliament funds.

But on Friday she finally appeared before judges, as part of the probe into the alleged misuse of 5 million euros ($5.7 million) of European Union funds to pay parliamentary assistants.

Le Pen refused to be interrogated and simply made a statement during a face-off with investigative judges, said her lawyer, Rodolphe Bosselut, in a Twitter post.

Prosecutors placed her under formal investigation for breach of trust. They believe the money went to paying FN employees in France, rather than those working in Brussels. The legal step taken means prosecutors believe there is "serious or consistent evidence" that indicates probable involvement in a crime.

Her lawyer said: "In line with a commitment made during the presidential campaign, Le Pen responded favorably today to a summons from investigative judges, who as planned, charged her." Bosselut added that Le Pen would launch an appeal against the investigation. She has previously denied any wrongdoing in the case she claims is politically motivated. 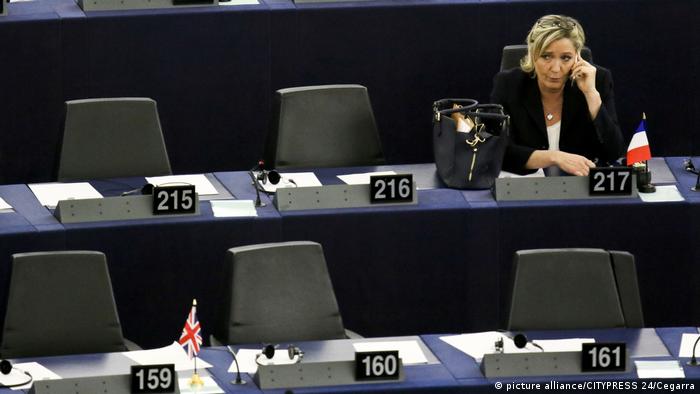 The case was brought as a result of a complaint from the European Parliament, which accused FN of defrauding it on a large scale. In February, the parliament said it would start to deduct the monies it claimed were owed unless she paid the money back.

A total of 17 FN European lawmakers are being investigated over salaries paid to about 40 parliamentary assistants. All have denied any wrongdoing. Her estranged father and FN party founder, Jean-Marie Le Pen, is also under investigation.

Le Pen is no longer a member of the European Parliament but was elected earlier this month to the French parliament for the first time after winning a seat in the northern, former coal mining region of Pas-de-Calais.

Investigative judges will continue the probe. At the end of their work, they will have to decide whether to send the case to trial or dismiss it. The fraud charges over misuse of EU funds carry a maximum sentence of three years in prison and a fine of 375,000 euros.

Days before the second round of French legislative elections, the European Parliament has lifted the far-right MEP Marine Le Pen's immunity from prosecution in a defamation case. She lost a presidential election in May. (15.06.2017)

The EU flag has not flown alongside the French tricolor since a National Front mayor took office in the Mediterranean town. There, Le Pen's enthusiastic supporters clash with those who oppose the FN, Barbara Wesel found. (04.05.2017)