UN human rights experts have warned France that the planned legislation could have "grave consequences" for civil liberties. They fear a permanent state of emergency. 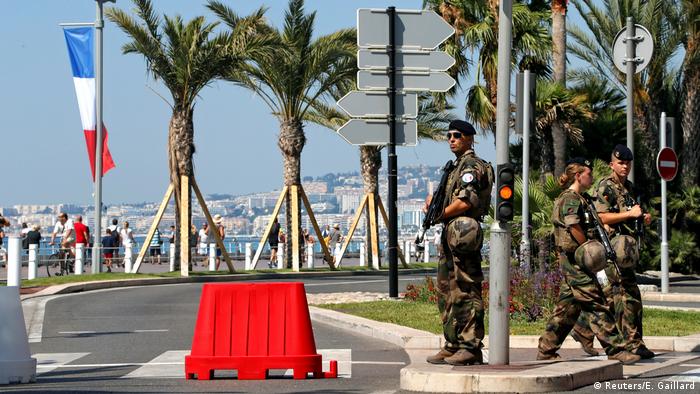 The UN's Human Rights Office has expressed concern about a French draft law that translates as a "bill to strengthen internal security and the fight against terrorism."

It could affect people's "right to liberty and security, the right to access to court, freedom of movement, freedom of peaceful assembly and association, freedom of expression and freedom of religion or belief," according to a statement by two UN human rights rapporteurs, Fionnuala Ni Aolain and Michel Frost.

The draft law, which was passed by the senate and is now being debated in the National Assembly, would incorporate temporary measures granted to authorities in a state of emergency into ordinary law.

In the statement, the two UN experts criticize the "vague wording" of the bill, which they say does not define terrorism nor the threats to national security sufficiently well. Ni Aolain and Frost are also worried that Muslims may face "discriminatory repercussions."

They argue that a government's options for cracking down on terrorism are "limited by its compliance with international human rights standards."

That means that a state of emergency must be proportionate and have a time limit, according to the statement.

French President Emmanuel Macron argues that the law is necessary to combat terrorism and foil further plots once a state of emergency imposed in 2015 expires.

Jihadis are pushing France to its limits. Politicians are calling for a further tightening of terrorism laws and reasonable answers to the challenge are slow in coming. (19.06.2016)