Poll shows France no longer so sweet on Emmanuel Macron

French President Emmanuel Macron's popularity rating has dropped 10 points in a month, according to an Ifop poll - the biggest decline for a new president since 1995. His prime minister's popularity also dipped. 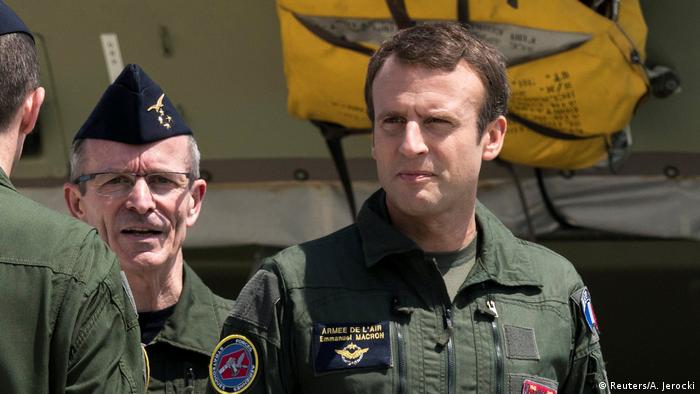 Emmanuel Macron's approval rating slipped 10 points in a month to hit 54 percent, according to an Ifop poll published Sunday in the Journal du Dimanche newspaper, which reported that not since Jacques Chirac in 1995 had a newly elected president lost so much ground in such a short time.

Worse for Macron, a neoliberal who faced far-right leader Marine Le Pen in May's presidential runoff, just 47 percent of respondents classified their assessment of him as "rather satisfied," down from 54 percent in June, and only 7 percent said they were "very satisfied" - it was 10 percent last month. Forty-three percent of respondents said they were unsatisfied with Macron's performance, up from 35 percent in June, including 15 percent who said they were "very unsatisfied."

To Macron's credit, he has had a tough month, including the resignation of General Pierre de Villiers as head of France's armed forces following a public row over military spending cuts. France's youngest-ever president, who has sought to project an image of authority since taking office in May, made clear during the row with the military boss that he would brook no insubordination as commander-in-chief. The center-left newspaper Liberation newspaper accused Macron of throwing a "little authoritarian fit" and suggested that he "grow up a bit."

Shortly after taking office, Macron drew praise for standing up to his US and Russian counterparts - respectively, the presidents Donald Trump and Vladimir Putin - and won a solid majority in parliament in June. Two months in office have brought challenges to Macron, however. 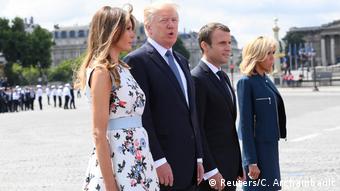 After initial tough talk, Macron and Trump have settled into something of a friendship

Press and political opponents have publicly wondered whether Macron's dominance of the legislature could lead him to seek to concentrate power.

The 39-year-old leader has backed a controversial bill to tighten France's security laws which includes measures that rights groups have branded as draconian. Earlier this month, he hosted Trump for the Bastille Day celebrations.

Macron won election by preaching a more-inclusive center-right politics but now plans to cut housing assistance for low-income residents. He also overruled Prime Minister Edouard Philippe with his vow to press tax cuts in 2018. Philippe lost eight points in the most recent poll, with 56 percent of respondents satisfied with his performance, according the poll of 1,947 adults carried out from July 17 to 22.