French authorities have started an investigation into an ex-soldier who reportedly planned a terror strike in the name of "Islamic State." The man was detained near an army base with guns found at the scene. 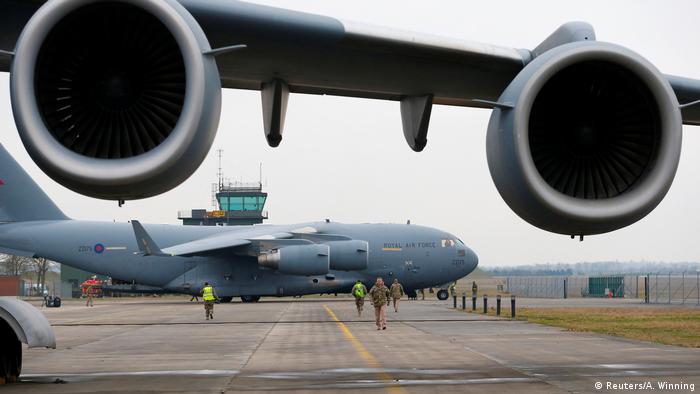 Prosecutors started the investigation Tuesday with the suspect accused of "intent to carry out terror" and the "attempted breach of a military base." Authorities believe that the man acted alone.

The 34-year-old was detained on Friday, two days before the second round of the French presidential election, near the Evreux airbase in the north of the country.

- France: Voting in times of terror

During the arrest, the authorities found "Islamic State" (IS) flags, the French news agency AFP reported. The police also discovered a shotgun, two revolvers and some ammunition in hidden the bushes nearby.

In the suspect's car found near the base, police also discovered a USB stick with a pledge of alliance to "IS" and a copy of the Quran. The former serviceman later confessed he did intend to commit a terror attack, according to AFP.

The suspect served in the French army for 10 years before leaving in 2013. He converted to Islam and was put on an extremist watchlist in 2014 over suspicions of radicalization. He is reported to be mentally instable.

The Evreux air base, where the man was arrested, houses transport planes for the French army, as well as the official plane of the French president. Additionally, France's intelligence service DGSE uses a high-security section of the base for its own fleet of planes.

France has been hit by a series of terror strikes in recent years, most of them claimed by "IS". French citizen Karim Cheufri shot and killed a police officer in Paris just days before the first round of the presidential elections on April 23. The attacker was killed in the ensuing shootout.