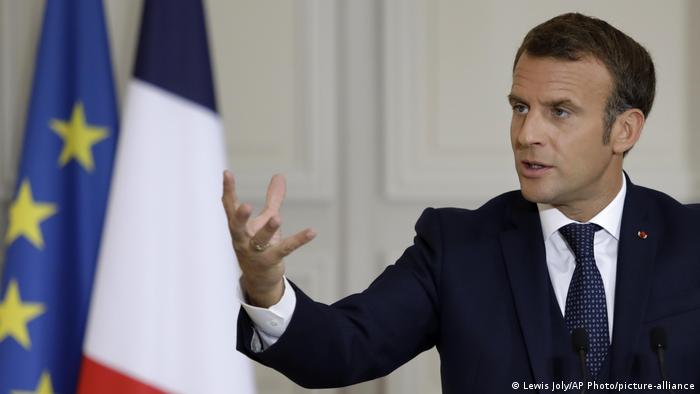 French President Emmanuel Macron on Sunday accused Lebanon's leaders of a "collective betrayal" after talks to assemble a cabinet collapsed.

Political parties had been seeking to form a reformist government in the wake of a deadly explosion at Beirut's port last month. Lebanon was already in the throes of its worst economic crisis in decades, but the blast sparked fresh public anger over corruption and mismanagement, prompting the previous government to resign.

Under a French plan, Lebanon's sectarian leaders had committed to form a cabinet of independent ministers by mid-September. But prime minister-designate Mustapha Adib stepped down on Saturday after progress stalled.

"I am ashamed of Lebanon's political leaders," Macron told a news conference in Paris.

"The leaders did not want, clearly and resolutely, to respect the commitments made to France and the international community," the president said. "They decided to betray this commitment."

According to France's roadmap, the new government would implement reforms and take steps to tackle corruption in order to unlock billions in international aid to help the battered economy.

Macron said the leaders of Lebanon — where power is traditionally shared between Shiites, Sunnis and Christians — had failed to stick to commitments because they had prioritized their own interests at the expense of the rest of the country.

"All of them bet on the worst case scenario for the sake of saving themselves, the interests of their family or their clan," Macron said.

"I therefore have decided to take note of this collective betrayal and the refusal of Lebanese officials to engage in good faith."

Macron singled out Lebanon's two main Shiite groups, Amal and Hezbollah, who stalled talks by demanding several ministerial portfolios. Macron also issued a warning to Hezbollah, saying the Iran-backed movement should "not think it is more powerful than it is."

"It must show that it respects all the Lebanese. And in recent days days, it has clearly shown the opposite," said Macron.

"Is it really a political party or does it proceed just in a logic dictated by Iran, and its terrorist forces?"

Macron said the political elite had four to six weeks to make progress on the French roadmap for reforms.

"It is now up to Lebanese officials to seize this last chance themselves," he said.

Under the Lebanese constitution, the president must now hold further talks to nominate another prime minister tasked with forming a government.

In Lebanon, women drive the fight for change

In a country convulsed by crises and outrage, Lebanon's women are often leading civil action fighting for systemic change, as Sina Schweikle reports from Beirut.

France vows to get international support for Lebanon 24.09.2021

French President Emmanuel Macron has urged Lebanon's new prime minister to press ahead with reforms. In talks with Najib Mikati, Macron pledged to "mobilize the international community" to lift Lebanon out of crisis.