German Foreign Minister Heiko Maas said the EU would continue to reject a renegotiation of the current withdrawal agreement. The protection of Ireland's border remained a priority for the EU, Maas said. 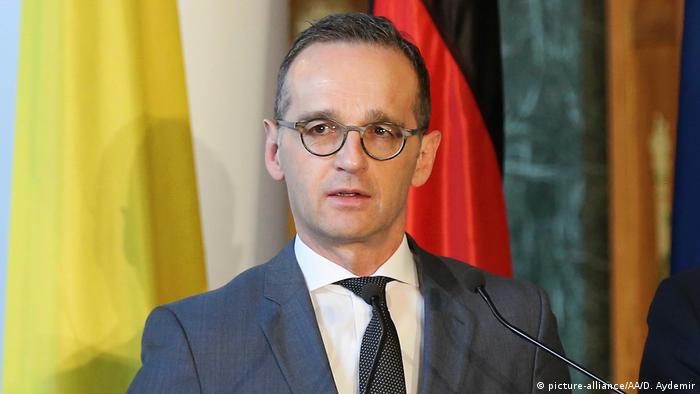 Germany's Foreign Minister, Heiko Maas, said on Sunday that the idea of the UK avoiding Brexit was unlikely. Maas told German media group Funke that he would like to have seen an "exit from Brexit," but that he held no hopes of it happening.

Brussels and London find themselves at an impasse over the final agreement to the UK's exit from the EU, with the most recent deal having failed in the British Parliament, as the deadline of March 29 looms.

The uncertainty has led to calls for London to exercise its right to revoke the leave announcement it made two years ago and remain a full-fledged member of the bloc.

But Maas was skeptical about the chances of that occurring. "That's what I'd like the most," he told Funke. "But we should have no illusions about this. The likelihood of an exit from Brexit is extraordinarily low," Maas conceded.

Maas reiterated the EU's rejection of a potential renegotiation of the withdrawal agreement, adding that the UK's only option to avoid a "hard Brexit" was to simply accept the agreement that is on the table.

The German foreign minister also rejected British attempts at obtaining further concessions that can satisfy hardliners and critics of the deal in London.

"The agreement we negotiated with Britain is already a compromise — especially regarding the arrangements for Northern Ireland," he said.

British Prime Minister Theresa May has expressed confidence she will win over both the European Union and her own lawmakers when she returns to Brussels to renegotiate the contentious deal to avoid a hard Irish border.

But Maas stressed the EU's focus on protecting Ireland's border. "There must not be a hard border to the Republic of Ireland... We cannot risk the Northern Ireland conflict flaring up again," he concluded.

Brexit is no longer the gripping political drama it once was. As the show limps to a finale, DW's Kate Ferguson argues it's the writers who are to blame. (01.02.2019)