Lufthansa pilots will stage another six hour walkout over ongoing disputes regarding retirement. Short- and medium-haul flights are expected to be affected. 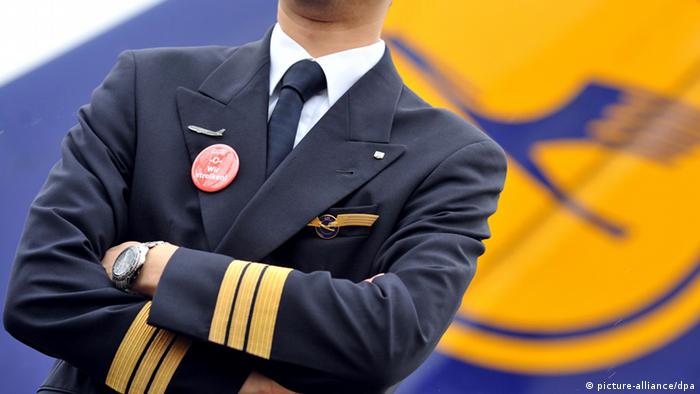 The German Vereinigung Cockpit union for pilots said on Thursday that pilots at Lufthansa will stage a six-hour strike on Friday.

Running from 5:00 p.m. to 11:00 p.m local time (1500 to 2100 UTC) the walkout will target short- and medium-haul flights to German and European destinations from Lufthansa's main hub in Frankfurt.

As well as demanding a 10 percent salary increase, the union is demanding the reinstatement of a benefit that enabled pilots to retire early at 60 on partial pay. Lufthansa pilots can currently take paid early retirement from the age of 55, however the airline wants all fit pilots to keep flying until 65.

The latest Lufthansa strike, which will involve pilots of Boeing 737, Airbus A320 and Embraer planes, comes less than a week after pilots at Lufthansa's budget airline Germanwings held a six-hour strike amid a dispute over similar early retirement benefits.

According to a Germanwings spokeswoman, last Friday's strike grounded some 116 flights, out of a total of 164, affecting 15,000 passengers.

The Vereinigung Cockpit statement made no reference to long-haul flights, indicating that they would not be affected.

Germanwings, Lufthansa's subsidiary, has announced its pilots will walk out after talks with management collapsed. All German airports would be affected by the pledged strike. (28.08.2014)

Airlines around the world are trying to reduce their ecological footprint by serving locally-produced and sustainable food. While the trend appears to be growing, experts say more needs to be done. (03.09.2014)