Pilots at Lufthansa's budget airline Germanwings have ended a six-hour strike amid a dispute over early retirement benefits. The strike grounded more than 100 flights at the end of the holiday season. 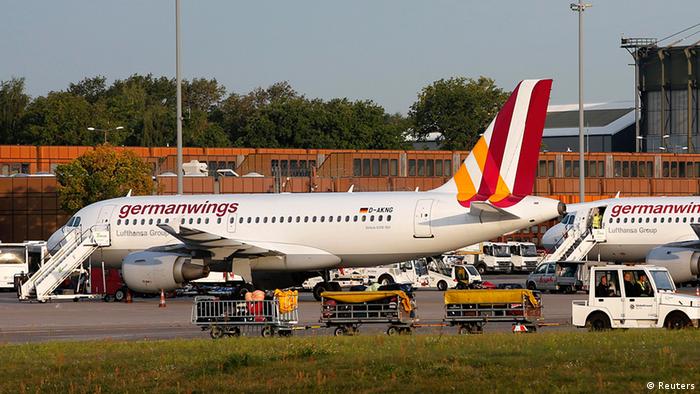 A six-hour strike by Germanwings pilots on Friday ended at midday local time (10:00 UTC) after affecting up to 15,000 passengers and forcing the Cologne-based airline to cancel 116 flights, most of them domestic.

The cancellations were equivalent to 70 percent of the flights scheduled for Friday morning. Passengers were forced to either wait until the end of the strike or make alternative arrangements.

The low-cost subsidiary of Germany's flag carrier mostly operates short-haul flights from airports outside of Lufthansa's main hubs in Frankfurt and Munich. It has a fleet of 52 aircraft.

Friday's strike came in the wake of a breakdown in negotiations between the pilots' union Vereinigung Cockpit and Lufthansa amid a long-running dispute over a pension scheme.

Vereinigung Cockpit wants Lufthansa to keep its current early retirement scheme that allows pilots to retire at 55 and still receive 60 percent of their pay until they become eligible for the state pension payments.

The airline wants to abandon the scheme in its present form for young pilots joining Lufthansa, arguing that life expectancy is rising and citing a court ruling that pilots can now work until the age of 65.

A spokesman for Vereinigung Cockpit said on Friday that strikes could continue over the weekend or into next week, this time including Lufthansa itself and its freight subsidiary Cargo.

He said the union wanted to deal the airline "little pinpricks" to encourage it to give ground in the dispute.

The union would always give a day's warning to allow passengers to make other arrangements, he said.

Lufthansa has appealed to the union to return to the negotiating table, with a spokesman saying that "no pay dispute has ever been solved by strikes."

A three-day strike by Lufthansa pilots in April over the same issue, which grounded subsidiaries Germanwings and Lufthansa Cargo as well, sheared 60 million euros ($79.04 million) off the airline's first-half profits.

Passengers booked on Germanwings could find themselves all packed up with nowhere to go. Holidaymakers face a chaotic end to their vacations as pilots of Lufthansa's budget subsidiary stage a Friday morning strike. (29.08.2014)