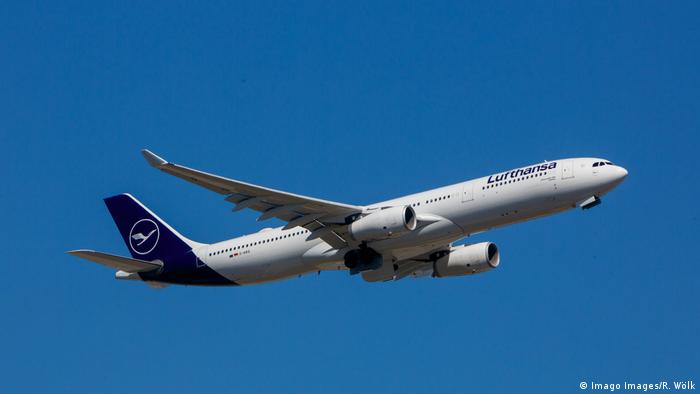 Lufthansa group, the German airline conglomerate that also owns Eurowings, Austrian Airlines, Brussels Airlines, and Swiss Air, announced on Friday that it was canceling flights to Tehran. The suspension will continue until at least January 20.

In a statement, the firm said it was temporarily stopping flights because of the "unclear security situation for the airspace around Tehran airport.''

The announcement follows the crash of Ukrainian Airlines Flight 752 on Wednesday. The Boeing 737 aircraft, en route from Tehran to Kyiv, crashed several minutes after departure, killing all 176 passengers and crew on board.

Initially reported by Iranian authorities as the result of a technical fault, the governments of Canada, the UK, and the United States have said that they have intelligence indicating that it was probably caused by an Iranian surface-to-air missile. The New York Times said it had obtained and verified a video seemingly showing an Iranian missile hitting a plane near Tehran airport, and the Guardian reported local witness statements who said they heard "very loud noises" coming from a local army base before the crash.

Adding fuel to the allegation of a missile launch was the fact that the incident occurred only a few hours after Iran carried out missile attacks on US targets in neighboring Iraq in the early hours of Wednesday morning, which were in retaliation for the assassination of General Qassem Soleimani.

Later on Friday, the European Aviation Safety Agency (EASA) issued a warning against flying low in Iranian and Iraqi airspace, counseling flights not to dip below 25,000 feet while crossing the area.

Lufthansa is not the only airline to announce it is avoiding Tehran in the immediate future. Dutch-French airline group KLM Air France has said it is suspending flights that travel over Iranian and Iraqi airspace. Norwegian Air will reroute flights to Dubai to avoid both countries as well, and Alitalia said it was doing the same for its flights to India and the Maldives.

Airlines from Vietnam, Singapore, Malaysia, and Canada, as well as Australia's Qantas, are all following suit.

Sweden was the first country to bar Iran Air from using its airspace in the aftermath of the crash. Also on Friday evening, Bahrain's flagship carrier Gulf Air said it would reroute around Iranian airspace, making it the only regional airline to do so as  Turkish Airlines, Emirates, Qatar Airways and Russia's Aeroflot have said they will be operating flights to Iran as usual.

The crash was the first fatal incident in the history of Ukrainian Airlines.

The ruling carries symbolic significance for families frustrated by Iran's own justice system. Iran shot down a commercial airliner in early 2020, eventually admitting it was a mistake.

Iran mistakenly shot down Ukrainian Airlines Flight 752 at a time of spiraling military tensions with the US. Now Iranian and Ukrainian officials are meeting to reach a deal on compensation for the victims' families.