A research and exhibition collaboration between Germany and Russia brings together artifacts from the Iron Age that were separated after WWII. 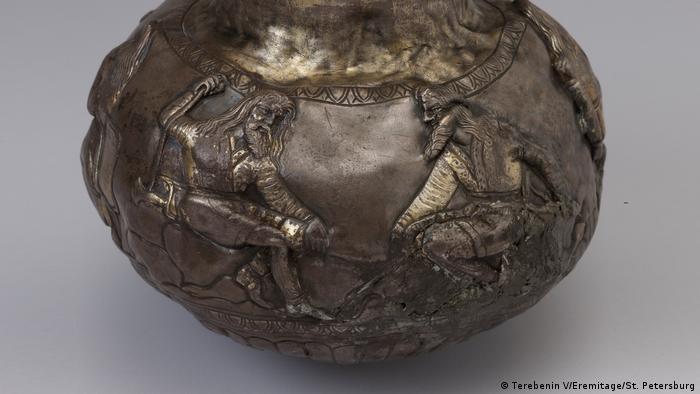 Despite the COVID-19 pandemic, which has caused many museums to shut their doors, on November 10, the State Hermitage Museum in St. Petersburg, Russia opened a unique exhibition.

The 2007 show, "The Merovingian Period," exploring the 5th to 8th centuries B.C., was first presented in St. Petersburg and then in Moscow, followed by "The Bronze Age." The latter was even attended by Chancellor Angela Merkel and Russian President Vladimir Putin, who were guests of honor at the opening.

"This project has two special features: One is its cultural-political relevance, the other is its scientific dimension, the historical narrative," Hermann Parzinger, president of the Prussian Cultural Heritage Foundation, told DW in an interview. The foundation was one of the project's initiators 15 years ago. 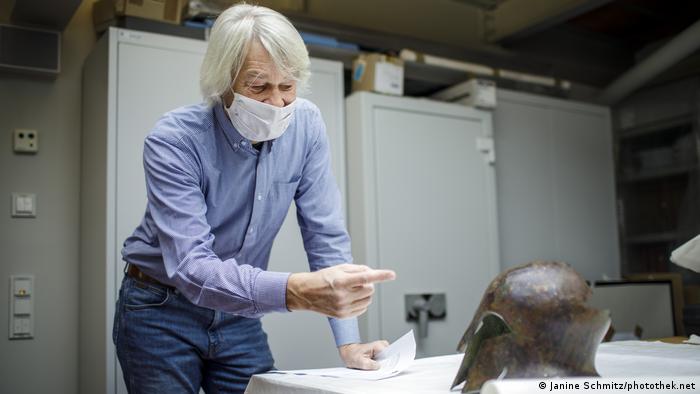 Manfred Nawroth, chief curator of the Berlin Museum of Prehistory and Early History, packs the objects for the exhibition in Russia

An exhibition despite conflict

The wide-scaled research and exhibition series is considered a breakthrough in the looted art and artifacts conflict between Germany and Russia. After the Second World War, the Russianstook many cultural treasures from German museums, libraries and archives to the Soviet Union. Although Germany still does not recognize the Russian state's claim to the "war-related cultural assets," which Russian lawmakers declared to be the national property of Russia in 1998, international projects make it possible to bring these cultural treasures back into the research realm — and to restore, study and exhibit them after more than 80 years. 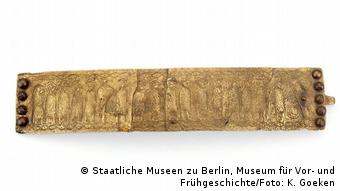 This belt plate from Stična is a looted artifact

The exhibition fosters the relationship between researchers from both countries. "With this exhibition format, Germany and Russia have written a new chapter in cultural cooperation, giving a free hand to those working on the specialist level and putting political questions about repatriation into the background," says Parzinger. Mikhail Piotrowski, director of the Hermitage Museum, also praised the project as an "outstanding joint achievement by German and Russian colleagues.”

"Europe Without Borders" is also part of the program of events in Russia celebrating the Year of Germany in 2020. 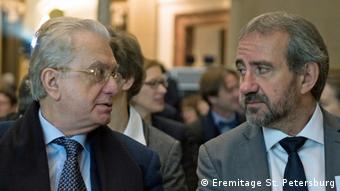 The project has considerable scientific significance, too. In researching the works, experts look back on the historical development of the vast area between the Mediterranean and Ural mountains in Russia. It's a review of thousands of years of shared history that goes beyond the wars and conflicts of the past century.

The Iron Age — an era of emerging Europe

The Iron Age was the historical period in the first pre-Christian millennium, during which Europeans discovered iron as a material that could be turned into weapons and tools, in addition to bronze. Above all, it meant a cultural emergence from prehistoric times. Scythians and Greeks, Etruscans and Celts met and shared influences, which had an impact far beyond the Mediterranean region. Trade, migration, and cultural fusions were "processes that changed societies and are highly modern from today's point of view," says Parzinger, a historian who specializes in the Scythians. "The Iron Age was an incredibly exciting time full of vitality," he adds. 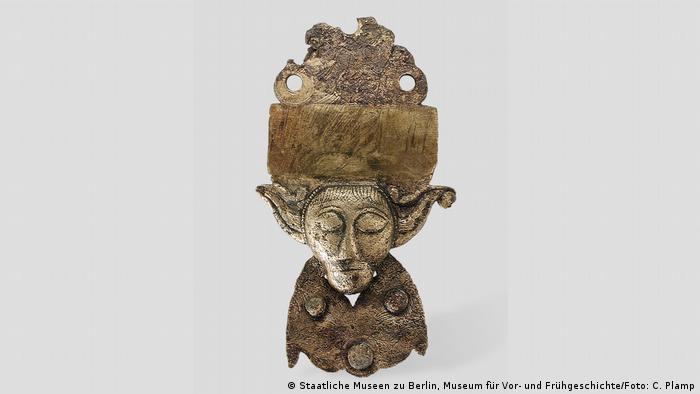 Part animal, part human: anthropomorphic and zoomorphic elements unite in the face of the Iron Age creature depicted on a belt hook found in Bavaria

A total of 1,600 objects, including jewelry, weapons, pottery and other unique offerings from both royal graves and everyday life are now on display. Approximately half of the items come from the looted art context where they were hidden in bunkers, castle cellars or tunnels in Germany in 1939 after the start of World War Two. They were then collected by the Russians and taken as treasures of the Soviet Union in 1945.

The Russian museums have contributed almost 600 exhibition objects to the exhibition, some of them recent finds from current excavations, including Scythian finds from the Black Sea region. Another 250 objects are on loan from Berlin, mainly from the Museum of Prehistory and Early History. 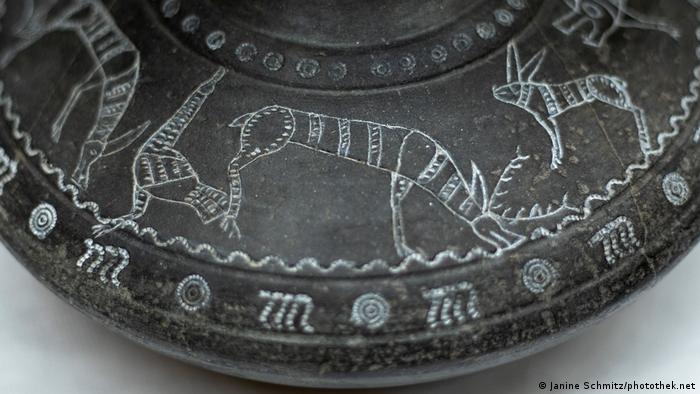 Five pairs of animals are shown on this artistic vessel

Researchers involved with the exhibition are pleased about bringing together different items from finds that were separated from one another. "For us archaeologists, however, it's the objects, above all, that are most interesting," says Manfred Nawroth, exhibition organizer and chief curator at the Berlin Museum of Prehistory and Early History. "Only in this way can objects be used to tell a vibrant and coherent story.”

A prime example are the finds from the Celtic princely tomb of Besseringen in Saarland, Germany. The archaeological treasures discovered there in the 19th century were first brought to the Royal Museums in Berlin and eventually ended up in Russia. The magnificent golden choker of the Celtic aristocrat came to Moscow's Pushkin Museum in 1945, while a bronze jug went to the Hermitage. The bronze pieces from a ceremonial carriage are kept in Berlin. The new exhibition finally reunites all objects.

Both of the previous exhibitions in the series proved not only to be scientific milestones, but also international crowd-pleasers. The new exhibition would certainly have this potential were it not for the coronavirus pandemic. The German exhibition organizers were not even able to travel to Russia due to the outbreak. "That is a bitter thing," admits Nawroth. "This is the first time that we cannot be present at the opening of such an important exhibition of our objects.” Although they receive free admission, even Russian visitors are unlikely to flock to the Hermitage due to the coronavirus. The virtual tour in German and Russian, which is currently in the works, can provide a solution. "Iron Age. Europe Without Borders" is on display at the Hermitage until February 28, 2021. From April 15 to July 15, 2021, it will be shown at the State Historical Museum in Moscow's iconic Red Square. Like all exhibitions featuring looted art objects, it cannot be shown in Germany.