The FBI seized the painting that had first been purchased by a prominent German-Jewish publisher in 1900. In 2017, his heirs launched an effort to recover stolen works. 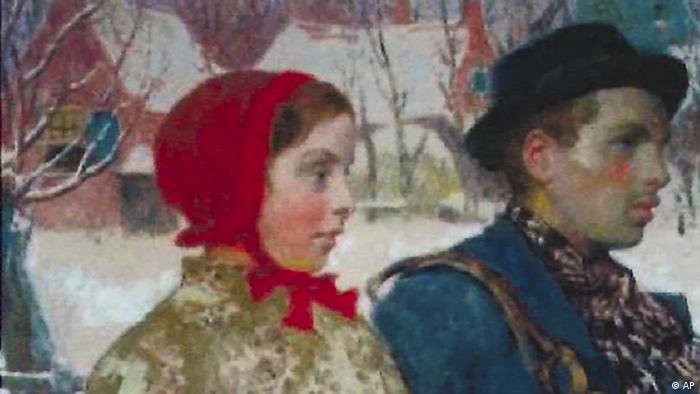 A painting seized by the Nazis in 1933 from the family of an influential German-Jewish philanthropist in Berlin has been recovered by the FBI from a US museum.

The work, by American artist Gari Melchers and titled "Winter," had been part of the Arkell Museum's collection until mid-September, when the FBI seized the painting.

It had first been purchased at the Great Berlin Art Exhibition in 1900 by German entrepreneur and philanthropist Rudolf Mosse. Mosse was the publisher of various newspapers between the period of 1867 and the 1930s in Germany, including the Berliner Tageblatt.

The Nazis persecuted the Mosse family because they were Jewish and due to the Berliner Tageblatt's outspoken critical stance of the Nazi party, according to court documents. Shortly after Hitler's rise to power in 1933, the Mosse family was forced to leave Germany.

After the family fled, the Nazi party took control of their art collection, including Melchers' "Winter."

Bartlett Arkell, an American industrialist, purchased the work from a gallery in New York City in 1934 for his personal collection, which subsequently became part of the collection at the museum in upstate New York that bears his name.

The museum's executive director and chief curator Suzan D. Friedlander said the museum "was of course very upset to learn the history of the painting's seizure from the Mosse family by the Nazis in 1933," and waived all its rights to the painting.

In 2017, heirs of Rudolf Mosse collaborated with the Free University Berlin to search for confiscated works from Mosse's collection. The project has resulted in the restitution of a number of works of art.

The recovered painting, which is also known as "Skaters" or "Snow," is being held by the FBI in Albany until it can be reunited with the Mosse family.

The artist Gari Melchers was the son of a German immigrant born in Detroit.

The stories of the people whose art collections were looted by the Nazis are rarely told. A new project in Berlin and Munich aims to change this.