Twenty years after signing a global agreement to return art looted by the Nazis, Germany is accused of doing "far too little." The Berlin government recently tripled its funding for the ownership analysis of paintings. 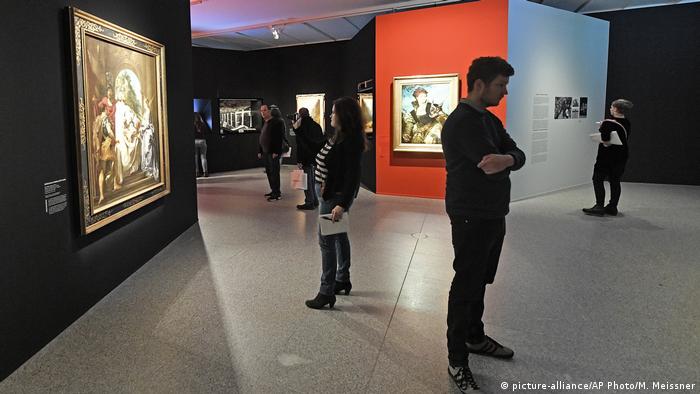 German museums and cultural institutions are stalling the identification and return of Nazi-looted art, the president of the World Jewish Congress said on Sunday.

Ronald S. Lauder told the Welt am Sonntag newspaper that Germany is failing to fulfill its responsibility under the Washington Principles on Nazi-Confiscated Art, a non-binding declaration adopted by 44 states in December 1998.

Lauder said Germany is trailing behind the United States, Austria and Britain in the digitization of its art collections.

The US has extended — to six years from the actual discovery — a federal statute of limitations for seeking restitution of such art. Britain, meanwhile, has put its entire collection of paintings online at Art UK, and is adding items daily.

"Germany has a historic responsibility to do the right thing. We all know that the Holocaust originated there and was administered from there," Lauder told the newspaper.

He said German public institutions have failed to live up to their responsibilities. "There are four federal museums and more than 5,000 other public cultural institutions, of which we still have no detailed information about their collections," he said, adding that he suspects that many pieces remain hidden.

The Nazis plundered numerous items of great cultural significance during World War II, and approximately 20 percent of them — over 100,000 items — have not yet been returned to their rightful owners, according to a report for the US National Archives. Collections belonging to several prominent Jewish families were among those confiscated.

Lauder also singled out for criticism the work of the Limbach Commission. Founded in 2003, the body advises those affected by cultural assets confiscated by the Nazis. He said the Commission had only made 15 decisions in 15 years, which was "really no success story."

Germany's commissioner for culture and the media, Monika Grütters, told an audience in Israel last month that she was reforming the Limbach Commission for a second time, and had tripled funding for research into the ownership of lost art.

Lauder also used his interview on Sunday to accuse Germany of failing to crack down on resurgent anti-Semitism, singling out the neo-Nazi marches and anti-Semitic slogans recently in the eastern German city of Chemnitz and the western city of Dortmund.

"When we as Jews see these marches and hear the anti-Semitic slogans and 'Heil Hitler' calls, it reminds us of what happened on Kristallnacht," he said, referring to the infamous pogrom launched in November 1938 that eventually culminated in the killing of millions of Jews.

"It's all connected ... If Germany allows this, it sends a signal to the rest of the world that shows that Germany is not living up to its responsibilities," he added.

The row over anti-Semitism in the UK’s main opposition Labour Party is set to reach fever pitch this week. Britain's former chief rabbi warns that Jews are increasingly mulling leaving the country over safety fears. (02.09.2018)

Why Berlin feels safer than the US for an American Jew

Diane L. Wolf, senior visiting scholar at the Center for Research on Antisemitism in Berlin, reflects on her time in Germany, her Jewish family's expulsion in the 1930s and how the country has dealt with its past. (21.09.2018)