The burning of the Israeli flag at the Brandenburg Gate earlier in December alarmed the Jewish community in Berlin. DW spoke to three Jewish artists about how they reflect on the recent events. 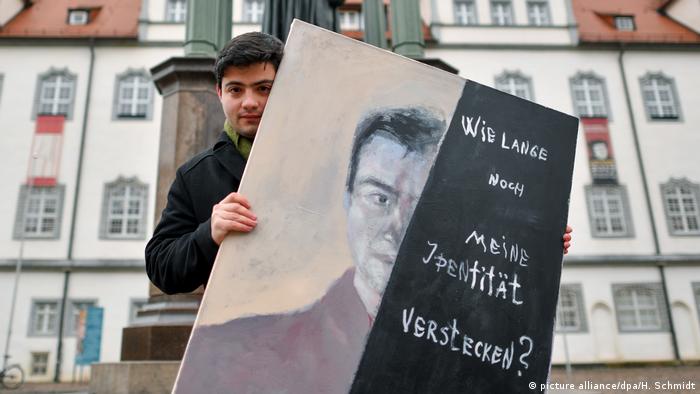 The Russian-born painter Yury Kharchenko (above) has lived in Berlin for eight years. As he told DW, he's experienced anti-Semitism all his life, but the recent burning of the flag with the Star of David and the anti-Semitic chants left him worried.

"What happened in December at the Brandenburg Gate was really hard for me to swallow," he says, mentioning that the demonstration, made up mostly of people of Arab origin, took place a day after the beginning of Hanukkah, the traditional Jewish holiday.

Although Kharchenko says he has many objections to the policies of Donald Trump, he backs the US president's decision to relocate the American embassy from Tel Aviv to Jerusalem, the announcement that triggered demonstrations not only in Berlin but in many cities all around the world.

No solution to the issue

In contrast, Berlin painter Olaf Kühnemann, who calls himself "100 percent Israeli" yet refuses to identify with the country's national or religious identity, understands why many people have expressed discontent with the announcement, which was warmly welcomed by Israeli Prime Minister Benjamin Netanyahu. 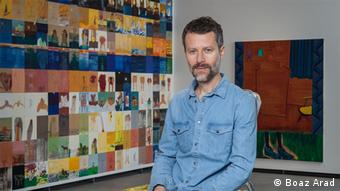 "It is a cynical resolution that does not take into account the complex situation of Jerusalem and its significance for many religions and cultures," he says, adding that in his opinion, the move does not contribute to the well-being of the people in Israel and Palestine — and neither do flag burning and singing anti-Semitic songs.

But as he also observes, "people who burn flags of other nations may have personal reasons for doing so that are rooted in their own life experience."

"In Germany, anti-Semitism is in the air"

Kühnemann does not feel that the recent rallies represent a new dimension of anti-Semitism in Germany. The young photographer Benjamin Reich however, who comes from an ultra-orthodox Israeli family, is still not sure how to perceive the December demonstrations.

"So far, I have never associated the term 'anti-Semitism' with Palestinians or Arabs in general since they are all Semites, too. This may have changed now," he adds. 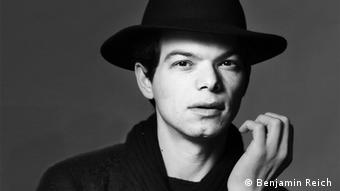 Yury Kharchenko, for his part, sees the Brandenburg Gate rally as a clear instance of anti-Semitism. It is frequently said that the current anti-Semitic moods have been imported by the many refugees coming from Arab countries in recent years, but Kharchenko disagrees.

"In Germany, anti-Semitism is in the air," says the painter. He experienced it first-hand when beaten by neo-Nazis in Dusseldorf.

When he attended that city's Academy of Arts, one of his professors remarked that "despite being a Russian Jew, he is surprisingly good."

"You are only guests here"

Verbal attacks are not uncommon in Berlin either. Media reported about hostilities recently directed toward the owner of a Jewish restaurant in Schöneberg, one of the city's multicultural districts. A 60-year-old man suddenly started screaming, "You are only guests here!", "Go back to Palestine!" and "In ten years, you won't be alive anymore!"

Both Kharchenko and Reich are concerned that anti-Semitic speech has reached a new level. "It's not what we've heard from neo-Nazis so far," says Reich.

How safe is Germany?

Olaf Kühnemann, on the other hand, rejects the idea that anti-Semitism has been on the increase in Berlin. "I think anybody is welcome here," he says. "I am open to migration, and I think this is a perfect opportunity for Israelis and Muslims to try living side by side again."

He has lived near Kottbusser Tor in Kreuzberg  — traditionally one of the poorest city districts and home to many immigrants — surrounded by Turkish and Arab neighbors for eight years now, and neither he nor the members of his family have heard a single anti-Semitic remark, he says.

While Kühnemann feels safe everywhere in the city, Kharchenko prefers to avoid parts of Berlin with a high percentage of Turks and Arabs. But in general, he does not believe that Jews are now in greater danger: "Germany is a safe place, especially compared to Israel where I lived for years," says the painter.

Hanukkah lights up around the world

The festival of lights is celebrated in a joyful atmosphere by Jewish communities in Israel and all over the world. Click through the gallery for the traditions behind Hanukkah. (07.12.2015)

Those who wish to live in Germany must accept its values. That includes the country's tough stance on anti-Semitism, says DW Editor-in-Chief Ines Pohl. (11.12.2017)