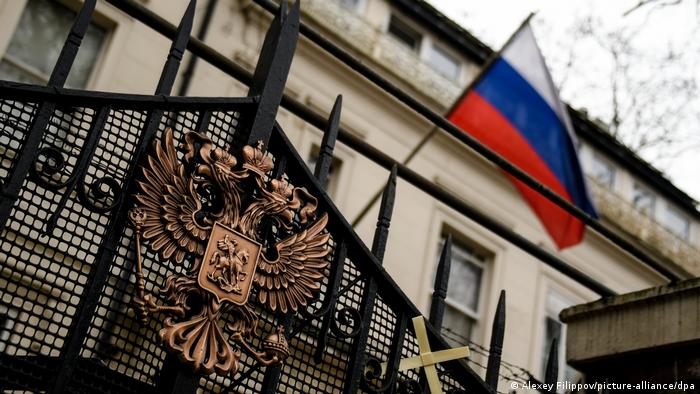 'Uprooting Kremlin-linked oligarchs will be a challenge' in the UK, said a study

If President Vladimir Putin invades Ukraine, Russian oligarchs will have "nowhere to hide," British Foreign Secretary Liz Truss warned earlier this month, adding that the Kremlin would pay "a heavy price" for an invasion. Prime Minister Boris Johnson has called for new powers to sanction individuals and entities linked to the Kremlin.

For years, however, critics have been unsuccessful in trying to root out Russian investors and Putin allies from the British capital. Dubbed "Londongrad," it's where Russian oligarchs have long sunk their billions and become closely intertwined with the financial world.

A 2018 report by the Foreign Affairs Select Committee on Russian oligarch money was aptly called "Moscow's Gold. Russian Corruption in the UK." It came to the conclusion that for the government to ignore "London's role in hiding the proceeds of Kremlin-connected corruption risks signaling that the UK is not serious about confronting the full spectrum of President Putin's offensive measures."

"We have again to address the issue of the dirty money in the UK," said committee chairman and conservative lawmaker Tom Tugendhat, a popular interview partner these days, in an interview The Guardian in January. He plans to put the issue back on the agenda in the House of Commons and wants to know why the government hasn't taken any action. In an interview with the BBC, he stressed that "Britain has a responsibility to act because of London's global role in money laundering."

Those comments haven't endeared Tugendhat to members of his Conservative Party. Since Boris Johnson took office in 2019, the Tories have received about €2.4 million ($ 2.7 million) from Russian donors, according to official figures. Changes in legislation, which would have allowed for more transparency in real estate purchases in order to make money laundering more difficult, have stalled for years. Real estate worth up to $2 billion has been financed with dubious Russian money, according to Transparency International, an anti-corruption organization. A UK documentary showed how unscrupulous brokers in London purchased properties worth millions with suspected slush money.

Russia expert Ben Judah, a journalist who worked on the documentary "From Russia With Cash," said he wanted to "expose how easy it is to launder money in London" and also to show the corrosive impact on Britain's elites, who are turning a blind eye to the corruption.

Russia's Roman Abramovich used some of his billions to buy the Premier League club Chelsea in 2003, granting him access to the British upper class. Alexander Lebedev, a billionaire and former KGB agent, bought the Evening Standard newspaper in 2009 for similar reasons.

Russian oligarchs employ an army of lawyers, PR consultants and domestic staff, send their children to British schools and get divorced in British courts. They are an important part of London's class of super rich, highly visible at horse races at Ascot and at the capital's charity balls and gala events. 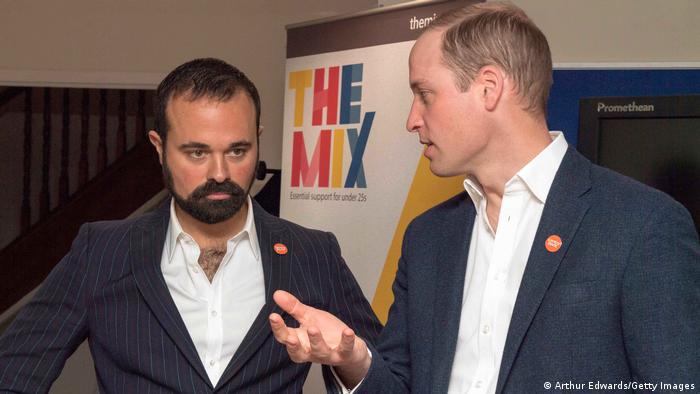 Evgeny Lebedev, now a British citizen, is friends with royalty and politicians and has been appointed to the House of Lords

Abramovich was among the few Russians penalized in 2018 after the Novichok poison attackon Sergei Skripal, a former Russian spy, and his daughter. After Abramovich's UK visa expired, the oligarch was not immediately issued a new one. He adopted Israeli citizenship and has been able to move freely in the West ever since. Abramovich later halted the construction of a new stadium for Chelsea, with the club citing an "unfavorable investment climate."

As Western policymakers "focus on a possible Russian invasion of Ukraine, they are turning a blind eye to another invasion: the capture of European elites," Tugendhat wrote in a recent blog post for the Atlantic Council think tank.

He said the Kremlin's influence is everywhere, citing the cases of former French Prime Minister Francois Fillon, who joined the board of the Russian state oil company Zarubezhneft in June; Austria's former Foreign Minister Karin Kneissl, who was appointed to the board of powerful state oil company Rosneft — a board chaired by former German Chancellor Gerhard Schroeder; and former Austrian Chancellor Christian Kern, who is on the supervisory board of Russian Railways.

"Their roles highlight a systemic threat for Europe," said Tugendhat.

'Uprooting Kremlin-linked oligarchs will be a challenge'

A report for the Center for American Progress think tank, which is close to the Biden administration, urged setting up a "US-UK joint counter-kleptocracy working group to prod stronger action from the UK government."

However, the study's author warned that "uprooting Kremlin-linked oligarchs will be a challenge given the close ties between Russian money and the United Kingdom's ruling Conservative Party, the press, and its real estate and financial industry." The analysis reflects Washington's frustration that London is not doing more to combat Russian money laundering. 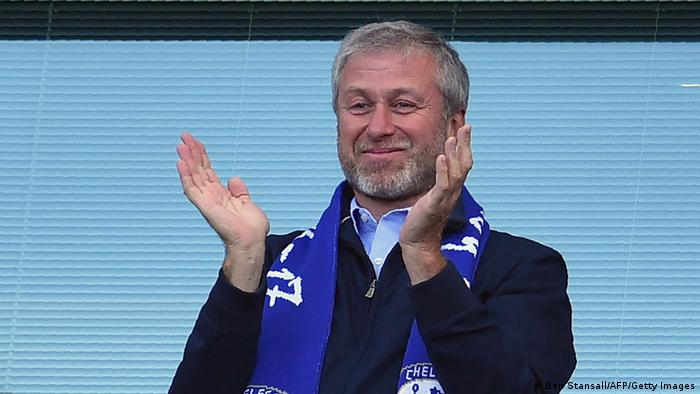 Roman Abramovich, owner of the Chelsea football club since 2003, has had a significant influence in the UK

In an interview with Times Radio last week, the British foreign secretary announced new laws against Russian money flows, aimed at making it easier to freeze assets. Kremlin spokesman Dmitry Peskov warned that such moves are damaging to Britain's appeal to investors and to British businesses.

"The Achilles heel of the Putin regime is to go after Putin-connected oligarchs in the UK by seizing their assets," said Browder. The investor told a British parliamentary panel that about $800 billion worth of Russian state-backed assets are held outside Russia and could be targeted by sanctions.

British Liberal Democrat MP Layla Moran, quoting the 2020 Intelligence and Security Committee Russia Report, said many Russians with ties close to Putin "are well integrated into the UK business and social scene." Moran said none of the recommendations have been implemented by the government.

"But until the government acts on this front, our response to Russian aggression against Ukraine will remain toothless," she said.

NATO, UK will 'support' Ukraine if invaded by Russia, but won't send troops