Russian billionaire Alexander Lebedev says he will take Germany's aviation authority to court for grounding his Blue Wings airline, and outlines his plan to give Russian carrier Aeroflot access to European markets. 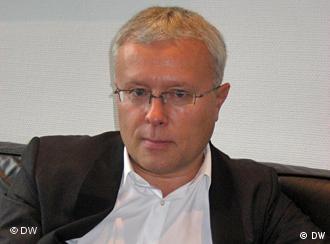 49-year-old Alexander Lebedev, who served as an intelligence agent for the Soviet KGB, says he plans to sue the Luftfahrt Bundesamt (LBA), Germany's civil aviation authority, for its decision to ground the Blue Wings airline on March 31. Lebedev holds a 48 percent stake in the carrier.

Duesseldorf-based Blue Wings, which flies to destinations in Russia, Turkey and the Middle East, was grounded by the LBA over concerns about the company's financial stability. Its operating license was, however, reinstated in May after the airline showed it had sufficient financial resources to operate.

"I want a judicial decision because I can't understand who should be liable for the additional 30 million euros that I've had to pay out of my own pocket since May," Lebedev said, citing for the first time the airline's losses due to its conflict with the authorities. 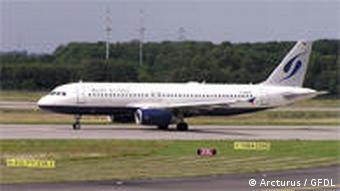 Lebedev says he is the victim of a conspiracy orchestrated against him by Germany's largest airline Lufthansa. "I couldn't prove it but German market participants tell me that the ties between the biggest German airline and the oversight authority are very tight," Ledebev told Deutsche Welle.

The billionaire, who was stationed by the KGB in London and now owns the Evening Standard newspaper there, has engaged a "famous attorney" who was involved in revealing the massive bribery scandal at Siemens.

Lebedev says he knew of no precedent in Europe where an airline could be stripped of its operating license when it was not bankrupt or flying an outdated fleet of planes.

As a result of the grounding, Blue Wings lost a large portion of its business and had to lay off 200 employees. The company also required an injection of cash from Lebedev.

For the 20th anniversary of the fall of the Berlin Wall, Lebedev has thought up a rather spectacular gesture. "Along with the CEO of Blue Wings, Joern Hellwig, who's also a shareholder, we've agreed to donate a bundle of shares, perhaps five percent, to the Raisa Gorbachev Foundation," Lebedev told Deutsche Welle. 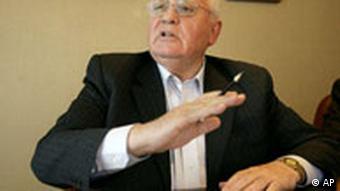 The foundation is named after the late wife of the last Soviet leader Mikhail Gorbachev - a political ally and friend of Lebedev's.

"If I sold my Blue Wings share to Aeroflot, and the airline and the foundation agree to vote jointly, then Aeroflot will control the airline without breaking European laws." Lebedev said, explaining that European Union laws forbid a majority of shares in airlines based in the EU to be held by non-EU investors.

Lebedev has worked closely with Gorbachev for years and says the former Soviet leader has endorsed the idea and will, if the need arises, write Chancellor Angela Merkel or European Commission President Jose Manuel Barroso asking them to support the plan.