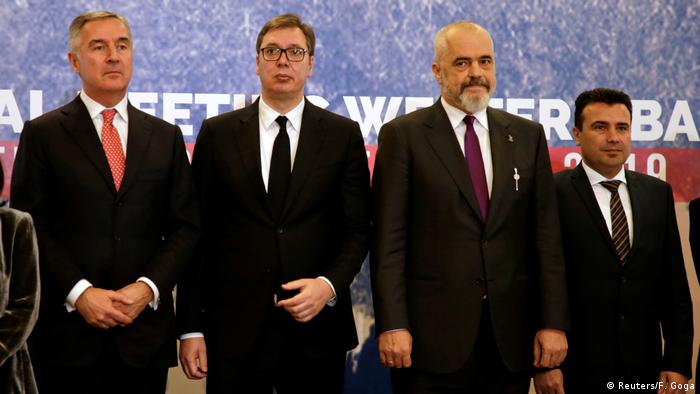 The Western Balkan countries on Saturday held their third meeting in the last three months to forge closer cooperation in their quest to join the 28-nation European Union.

The leaders of these nations met in the Albanian capital, Tirana, to strengthen their "little Schengen" initiative.

"The Western Balkan initiative is to take ahead some processes started for years and to carry out deals agreed for many years,'' said PM Rama. "We should be courageous to cooperate for our future," he added.

During the next meeting, in Serbia, the countries will present a "developing map'' with the help of the World Bank and the European Commission.

The European Union has pledged €1.2 billion ($1.33 billion) for the Western Balkans, according to Rama.

Although the six Balkan countries are taking joint measures to boost their chances to join the bloc, all of them are at different stages in their EU bids.

While Montenegro and Serbia are already holding accession talks with Brussels, the Albanian and North Macedonian bids were blocked in October by some EU members.

Bosnia and Kosovo did not participate in the Tirana summit. Kosovo President Hashim Thaci says the meetings are "meaningless'' as long as Serbia and Bosnia-Herzegovina do not recognize his country's independence.

Albania's Rama urged Kosovo and Bosnia to ignore their differences and look for common interests.