Lithuanian president: EU needs ′clear strategy for relations with Russia′ | Europe | News and current affairs from around the continent | DW | 19.02.2021

In an exclusive DW interview, Lithuanian President Gitanas Nauseda talks about his vision of sanctions against Russia, support for democracy in Belarus and expectations for the new US administration. 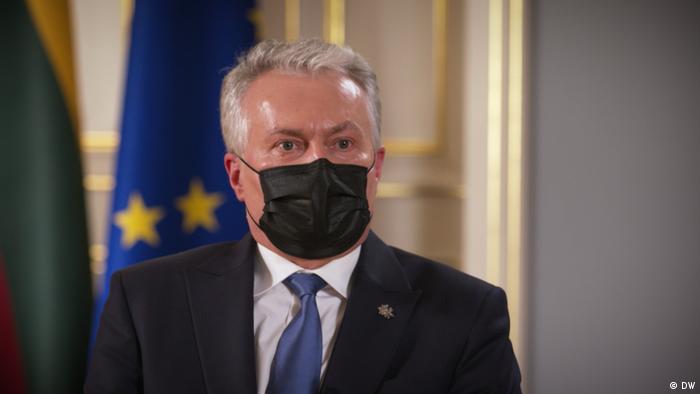 DW: Recently Russian Foreign Minister Sergey Lavrov said that Russia will be ready to cease its relations with the European Union in case the EU imposes sanctions that will hurt the Russian economy. Do you think the EU should be the first to suspend relations with Russia?

I hope that there will be some improvement of our relations. But we cannot close our eyes and say that nothing happened in Ukraine in 2014, that nothing is happening in Belarus without any involvement of Russia. We cannot ignore those facts. And I think it's very important for the European Union to have a very clear strategy for relations with Russia. Sometimes we take ad hoc actions without having a very clear and consistent strategy.

Would you say the EU is hesitant in dealing in a resolute way with Russia?

It's not that the EU is hesitating. There are 27 EU members and, of course, it would be strange if all members of the European Union had an absolutely equal attitude to Russia. Our experience is different, our tradition, the historical ties with Russia are different. And, of course, the neighborhood: we are Russia's direct neighbors and some countries are far away. In this situation, it's very difficult to find a common denominator for the policy. But if a situation arises when everybody sees that Russia is a threat, that Russia's behavior is really dangerous for the neighbors and for the region, it will be possible to find a solution and to impose sanctions, if needed.

What kind of sanctions would you like to see imposed on the Kremlin?

It should be personal sanctions against the entities, which have something to do with the repressions against the opposition, like in the case of Belarus. And of course, we should include the Nord Stream 2 project into the range of sanctions, because this would be painful for the Russian regime.

Of course, we expect that our German friends will include this topic in their agenda, but we understand that this project is in the stage of implementation and it's not so easy to make final decisions in this regard. But the sanctions against Russia are working. I think the sanctions, which have been imposed since 2014, have an impact on the Russian economy and they were painful. So maybe this is the reason why Russian authorities are so nervous when it comes to the relations between the EU and Russia. Sanctions have their impact but this impact is probably not sufficient so far. 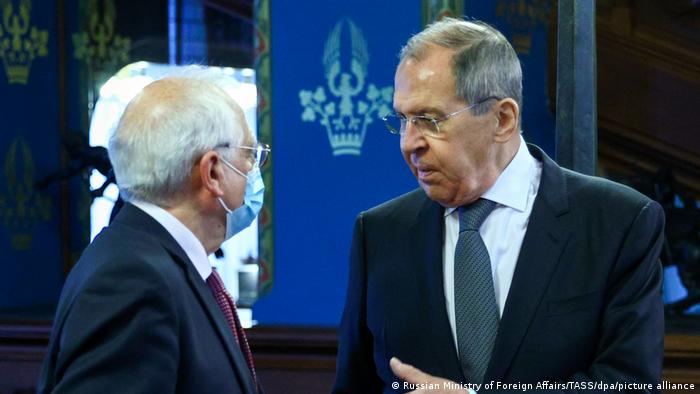 Recently, the EU high representative for foreign affairs, Josep Borrell, was roundly humiliated by the Kremlin. The Kremlin also expelled three EU diplomats from Moscow the day he was there. How can this situation be mitigated?

I think we have to prepare for such visits much more carefully. And I got the impression that it [Borrell's visit] was not discussed broadly with partners, with colleagues, and the decision was not very well based on the situation.  It was unprepared and it was a failure. I can admit that it was a failure.

During the first weeks, as the crisis broke out, we presented a plan for a peaceful solution. It included three key elements: to release all detained people, to stop the persecution of people and to establish dialogue with civil society. 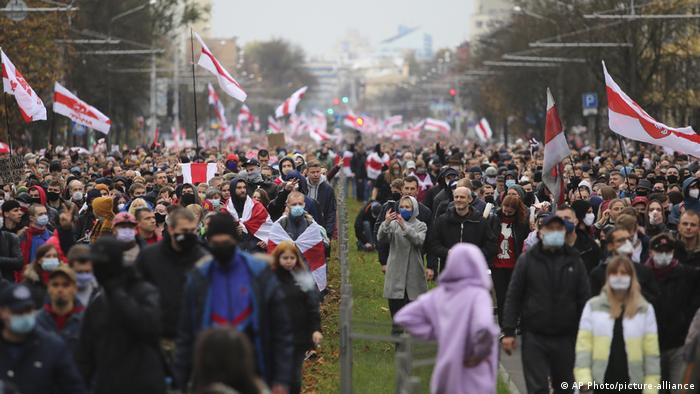 But the regime in Belarus was not ready to accept those conditions. Instead, it activated dialogue with Russia, not with the civil society. Under these circumstances, the possibilities to try to solve this crisis in such a way were very limited. Now we are talking about sanctions and some sanctions are already introduced at the national level and the EU level. We also introduced additional sanctions together with our neighbors, Latvia and Estonia.

I think that we have to talk to civil society in Belarus. This is the reason why we try to initiate the discussion at the EU level in order to provide the plan for civil society in Belarus for the time after [President Alexander] Lukashenko. We already have a draft of the program prepared by the European Commission. This plan includes facilitation of trade between Belarus and the EU market, access to the financial resources of the EU, introducing a visa free regime and support of civil society.

Joe Biden will attend the imminent NATO summit for the first time in his role as the US president. What do you think the US role could be in these new circumstances with a resurgent Kremlin and a pro-democracy movement in Belarus?

I don't want to guess in this situation. And we will see what the position of the new administration of the United States will be. But I hope that this position will be based on the core values. Biden is aware of the security situation in the Baltic region. We hope very much that he will pay attention to the security issues here, in Poland, and, of course, to the Belarus issue and Russia's behavior. So I think that they will have very clear priorities set during this summit and those priorities will be beneficial for the security of Eastern European countries.

EU hints at new sanctions amid pressure from Navalny aides

The Kremlin slammed allies of the jailed Russian opposition leader Alexei Navalny as "traitors" after they met with EU leaders to push for sanctions on Vladimir Putin's inner circle.