In drug discovery and dementia, too much happens too late. Candidate drugs fail late in clinical trials, and people get diagnosed when their memory is gone. But two new technologies show new ways ahead for health care. 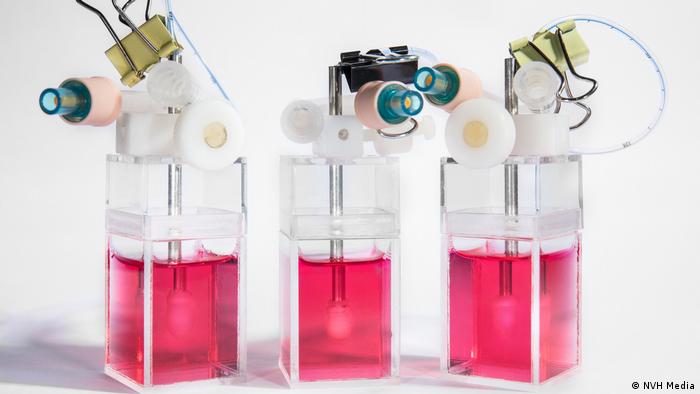 New digital technology has littered life with words beginning with "e" — words like efficiency, and making things easier. And it's time to add one more: early.

As in early diagnosis, and finding out which candidate drugs will cause heart failure in humans earlier than Phase 2 clinical trials after years of expensive experimentation. Or even earlier than that — allowing research to fail faster than a lab tech can reach for an unnamed rat in cage. Because rodent models have never been much good at simulating human biology.

"Drug development has a 90 to 95 percent failure rate. We do all this work in laboratories using animal models to predict how drugs are going to behave in patients. And when you move to the first clinical trials, you take a leap of faith that what you learned in animals is going to 'translate' to a human," says Prof. Kevin Costa, chief science officer and co-founder at Novoheart.

"And the reality is that that often doesn't work. And when it doesn't work, it's often due to complications related to the heart," says Costa.

Which isn't great if you're trying to treat heart disease.

Read more: Open source pharma: How to stop the rot in drug discovery 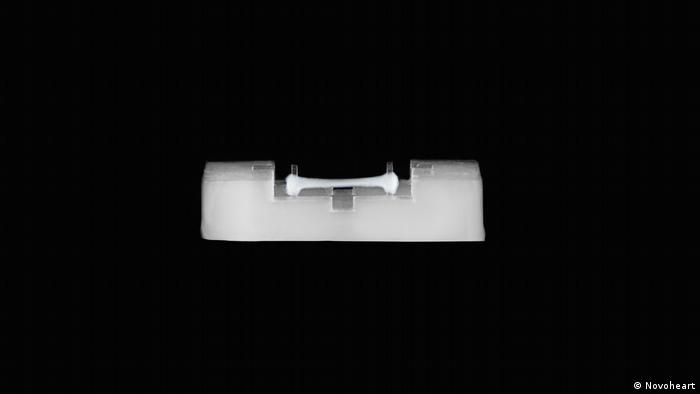 "We're great at curing heart disease in mice and pigs. But a human heart is different. Even if we're largely the same genetically, that couple of percent that's different makes a huge impact," Costa says.

"If we're going to fail, we want to fail early, and for that we need a mechanism that allows us to get into a human system very early in the development stage," he adds, "So if things don't look promising, you don't waste a lot of time."

Some estimates put the cost of drug discovery at $2-4 billion (1.7-3.5 billion euro). We could argue over that figure, as it includes the costs of failure, missed opportunity, advertising and other hidden things.

But you get the idea: Whether it's a billion or a few hundred million, it's a lot of cash that all too often goes down the drain. 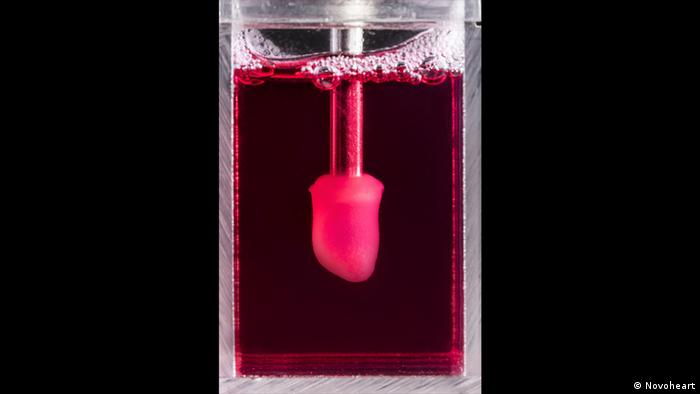 Heart in a jar up close. Could this tiny organoid help researchers detect toxicity before testing new drugs in human trials?

Novoheart's* solution is organic, miniature "hearts in a jar," grown with live tissue from human cells. "So they are species-specific," says Costa. Read: not rodent.

The company hopes their beating "organoids" will speed up drug discovery, reduce the failure rate, and perhaps even make medicines cheaper. If successful, they may also eradicate ethical issues around animal testing and the potentially fatal risks associated with human trials.

And Novoheart is not alone.

A research group at pharmaceutical firm Boehringer Ingelheim, based at Biberach in southern Germany, has been working for some years on a similar idea to create a computer model of human heart muscle also derived from stem cells.

No matter which team, the scientists are interested in spotting electrical and mechanical abnormalities in the heart, either to understand the organ better, decide which treatment will suit a specific patient, or evaluate candidate medicinal drugs.

Farther down the track, these systems will have to replicate other organs, too, such as the liver and brain, as the heart is part of a system.

"We are organs integrated in a system," Costa says. He explains that Novoheart researchers are working on a plug-and-play modular system to have various integrated organoids, all communicating with one another.

Sounds scary, doesn't it? But it's a novel approach that could get patients treated earlier.

Early is the new now

For Cognetivity,* "early" is the watchword — in the sense of a guiding principle, rather than the password for a secret society, of course. They are keen to change how medicine thinks about neurodegenerative conditions, such as dementia, Alzheimer's or Parkinson's disease, and all their many variants.

Today, we tend to think of dementia as being mainly about memory loss. But by the time you see those symptoms, it's probably too late.

"When you're at the stage of severe memory loss, you have had fairly catastrophic cell death in your brain, and that is not coming back," says Dr. Tom Sawyer, Cognetivity's chief operating officer. Cognetivity's Integrated Cognitive Assessment is an alternative to paper-and-pen tests. Can it detect dementia more reliably?

Current methods** for assessing memory skills, especially for diagnosing dementia, include pen-and-paper tests, such as the Montreal Cognitive Assessment (MoCA), Mini-Mental State Examination (MMSE), and Addenbrooke's Cognitive Examination - Revised (ACE-R), among others. They have to be administered by a health professional, and, says Sawyer, they come with a few disadvantages that can color results.

"People who are highly educated tend to perform better in these traditional cognitive tests. If it's not your first language, you tend to perform more poorly. There are culture biases in the way people interact with the tests. And people get better at them, so there is a learning effect as well," says Sawyer.

And perhaps most important: They focus on memory, which, again, is a stage too late.

So Cognetivity is developing a mobile app they hope will enable clinicians to test cognitive performance as routinely as they test a patient's blood pressure. And it aims to avoid the language, learning and bias issues in traditional tests. 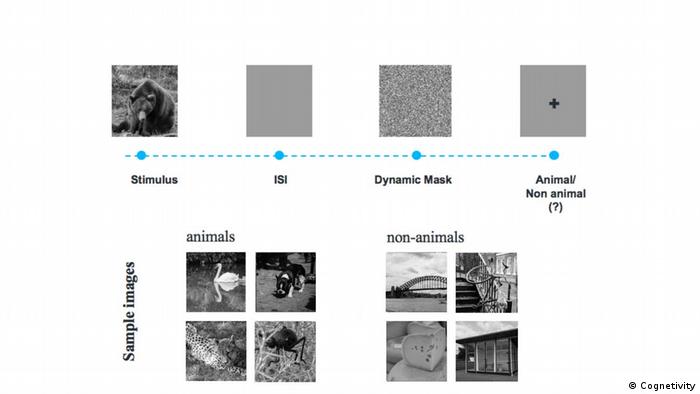 Their test, the Integrated Cognitive Assessment (ICA), challenges patients with a series of rapid images, some more complex than others, and some just visual "noise." The idea is to see whether you can spot an animal, and if so, how fast you react.

It's animals because the brain reacts to them in a special way — "presumably as a by-product of our evolution, but the human brain is very good at detecting animacy."

And accuracy and speed are important because they indicate the brain's ability to process complicated information in physical terms. The more neurons, or brain cells, you have working in parallel, the quicker you can do things. But as they get damaged — for instance through a build up of beta-amyloid plaque, a marker of Alzheimer dementia— you get slower. 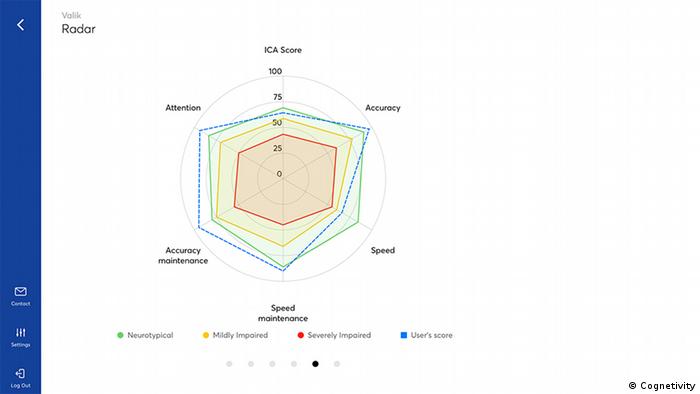 "There's a considerable body of literature that says that where you first find the cell damage associated with things like Alzheimer's is in places like the visual cortex. And semantic memory, and memory in general, is not a good proxy for measuring the early stages of this disease. That comes into play much later. So if we're to bring forward the diagnosis of conditions like Alzheimer's by 10 or 15 years, to when it makes a difference to have this early diagnosis, we need to take another approach, and this is what this is designed to do."

So far, Cognetivity has run tests and "re-tests" (looking for things like learning effects) with less then 500 people. They really need to run larger, peer-reviewed studies, involving thousands of people to (im)prove the software's credibility. But its simplicity is shockingly good.

The software runs an artificial intelligence to analyze a person's performance over time, which means you can even test yourself, effectively, and kind of understand the results, too. I've tried it. But it's probably best done with professional guidance, all the same.

By making this kind of test simpler, and even encouraging us to view cognitive performance as normal a health indicator as blood pressure, we should start to spot the earliest signs of severe cognitive or even mild cognitive impairment much earlier than we do today.

However, let's not forget that cognitive performance can be affected by things like medication, drug use, sleep deprivation, as well as dementia.

Anyhow, the test could have other positive effects aside from getting patients into treatment earlier.

First, if we pick up those signs earlier, we may potentially reduce some of the trillions of dollars that are spent on care for late-stage dementia patients, when there is very little we can do to actually help today. With respect, of course. 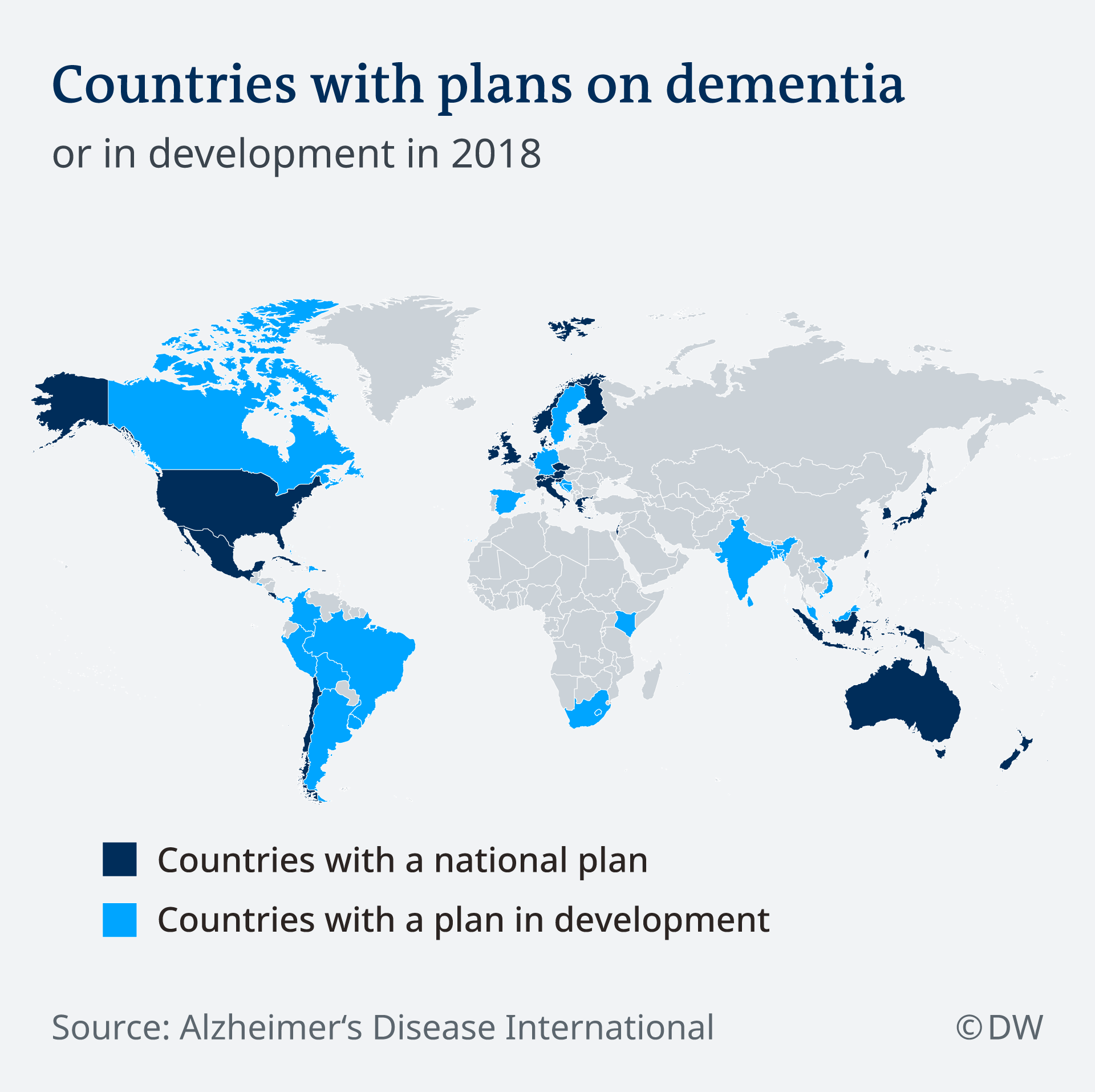 Then, some of that money could be re-directed into drug discovery — an area of science pharmaceutical companies are notorious for opting out of difficult areas of, on financial grounds.

And by spotting the earliest signs of dementia, we'll probably also have a better set of patients with different forms of cognitive impairment to test candidate medicinal drugs in clinical trials, because we'll know more about how their condition has progressed, and researchers will have caught them early.

But for that to work we'll need to start testing cognitive performance regularly from as early as our mid-20s. Because sometimes, late is just as bad as never.

*Public relations for both Novoheart and Cognetivity are handled by the same firm. DW was approached about the two companies and their technologies at different times. But the author of this article felt there was a sound reason for putting their two stories together.

**Please seek professional advice before attempting to take a cognitive or dementia test online. Tests should be administered by professionals who know how to interpret the results.

They can cause death, have unknown side-effects, fail to treat illnesses and sometimes even add to the spread of disease. Now, the battle to eliminate fake pharmaceutical products is being stepped up. (10.01.2018)