Why researching drugs in pregnancy is an urgent women′s health issue | Science| In-depth reporting on science and technology | DW | 28.09.2017

Why researching drugs in pregnancy is an urgent women's health issue

The list of withdrawn drugs is long and the reasons varied. But why do drugs like thalidomide and sodium valproate, or painkillers like OxyContin, remain on the market, even once we've see the damage done? 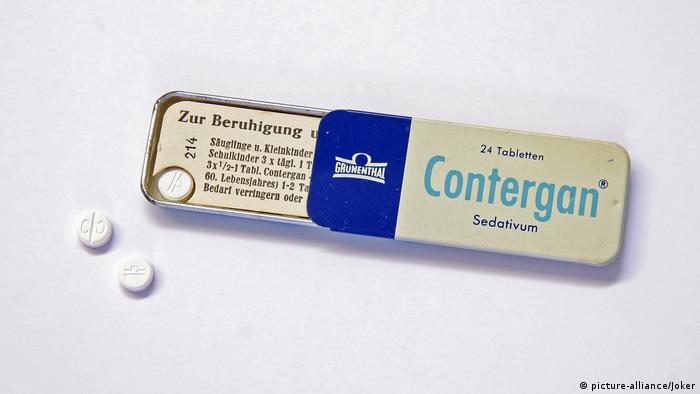 There is an unspoken truth about pharmaceuticals: Seldom do we know all the risks associated with the drugs we take until they are released onto the market and a large enough number of random people, from diverse backgrounds, all around the world, get a chance to take them.

But when it comes to women in pregnancy, well…  it seems the industry would rather not go there.

"There remains a paucity of data … More than 98 percent of medications have no or insufficient safety data to guide dosing during pregnancy and lactation," notes a 2014 report called Designing Drug Trials: Considerations for Pregnant Women.

So that's a dearth of data about the effects of medication during and after pregnancy - and probably even before pregnancy.

This is a glaring, under-researched, women's health issue. And it's not just an issue for women, but for our children and caretakers too.

Sixty years ago this October, a sedative called thalidomide (sold as Contergan in Germany) was released onto the market. It found a secondary use by some doctors, who prescribed it to treat morning sickness and nausea in pregnant women. Between 1957 and 1961, when the drug was first withdrawn, between 5,000 and 7,000 babies (some estimates say 10,000 worldwide) were born with malformation of the limbs. 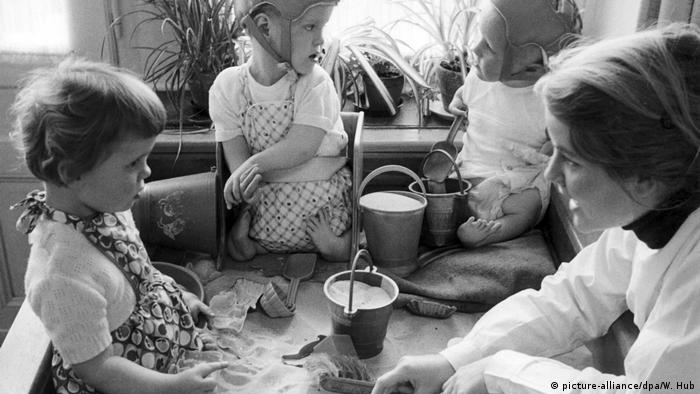 About 10,000 children were born with malformation of limbs due to thalidomide

Many died during birth. Only 40 percent of the babies survived.

In the US, there were very few thalidomide birth defects as the US Food and Drug Administration (FDA) refused to approve the drug due to concerns about its safety.

In 1998, however, the FDA approved thalidomide (or thalomid) as a prescription medicine for patients diagnosed with multiple myeloma, a form of cancer. It was passed under the FDA's so-called Orphan Drug rules for rare conditions and diseases.

So the FDA says there is a safe way to use thalidomide, and it may have been safe in the 1950s if, and only if, it was used the way it was intended. If only the doctors hadn't experimented with the drug and the well-being of their patients. But perhaps they were not to know.

And in fact so often it's through experimentation that we find drugs intended to treat one thing are good for another. An example of that is the cancer drug that Australian researchers used to expose latent and dormant HIV cells. That's helped further research into curing the virus (although to be clear, there's still no cure for HIV).

However, there is a disconcerting level of unwitting human experimentation, which, as with thalidomide, has led to tragic consequences for women in pregnancy. In some cases, those consequences may have even been avoided if the drugmakers had published proper warnings.

Take sodium valproate. The European Medicines Agency (EMA) is currently reviewing safety warnings about the drug and its risks to unborn babies.. 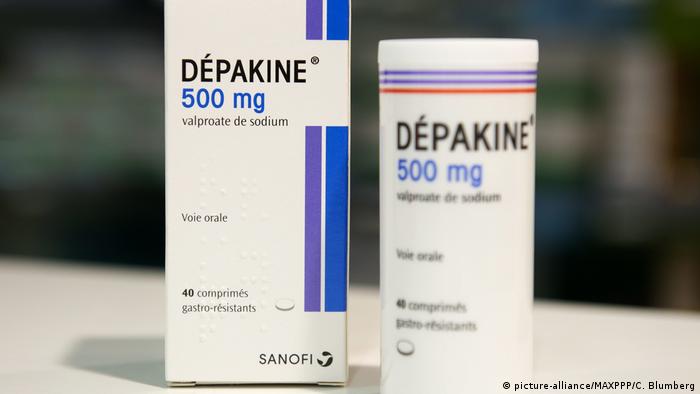 Sodium valproate has been on the market since the 1970s. It has various brand names, including Epilim, and is widely prescribed in the treatment of epilepsy, bipolar disorders and migraines, and for many years that included pregnant women - that is, women who were already taking the medication before pregnancy.

If you live with epilepsy, for instance, medical experts will advise that you keep taking your medication. It stands to reason. But what if you get pregnant?

Since the 1970s, about 20,000 babies in the UK have been born with birth defects or other conditions, like autism, after their mothers took the drug during pregnancy - and about 4,000 babies in France, to name two affected countries.

Many people say they were inadequately informed of the risks while pregnant. Were the risks even known? The answer in this case seems to be "yes." At the EMA hearing in London, experts have heard how pregnant women prescribed the drug could have been warned 40 years ago. The drugmaker started putting large warning labels on packaging in the past year or so.

The EMA says "doctors in the EU are now advised not to prescribe valproate for epilepsy or bipolar disorder in pregnant women, in women who can become pregnant or in girls unless other treatments are ineffective or not tolerated."

You should consult your doctor before stopping any such medication.

In many other cases, the data simply doesn't exist. Women and healthcare professionals need better information, and the scientists behind the "Designing Drug Trials" report highlight four main reasons why.

First, women take an average of 2.6 drugs during pregnancy.

Second, many pregnant women have conditions that require them to continue their treatment during pregnancy.

Third, new medical problems can develop, or old ones may be "exacerbated during pregnancy."

And fourth, a woman's body changes during pregnancy, and that can affect the dose she needs. 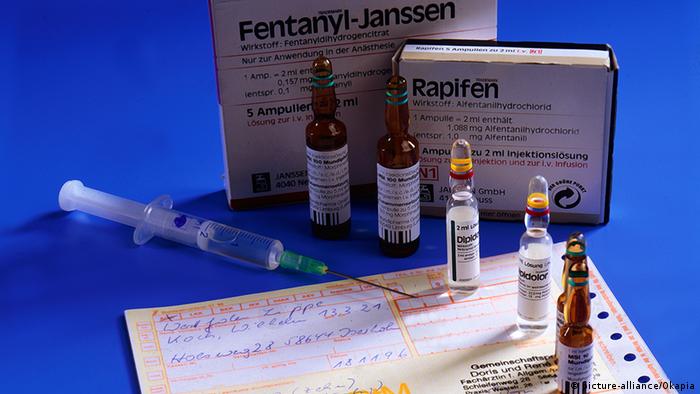 But here's the rub: The only way to get more data is to conduct potentially dangerous clinical trials on women who are pregnant. Only then can scientists hope to begin to evaluate a drug's pharmacokinetics and pharmacodynamics - that's what happens to the drug in the body and how it moves and affects the body - during pregnancy.

And that can be risky.

Scientists could use an "opportunistic study design," where pregnant women who are already receiving the drug in question participate in the trial. This "attenuates ethical concerns" as scientists wouldn't be "imposing unknown risks" on a woman and her fetus "for the purpose of research" alone. But, then, that would also limit the spectrum of people in the trial, weakening the results.

Other drugs that have shown belated negative side effects include anti-cholesterol drugs, or statins, like Baycol. Baycol, it is said, can cause birth defects if taken by pregnant women. And Vioxx, an anti-inflammatory drug to treat arthritis, was withdrawn after it was thought to increase the risk of heart attack and stroke. All this after the drugs were approved for market, where the trials continue often unbeknownst to the patients who take the medication in good faith.

Then there are other drugs with which, it could be argued, we, as a species, are quite happy to conduct self-experimentation - without all the safeguards afforded us by bodies like the FDA and EMA. 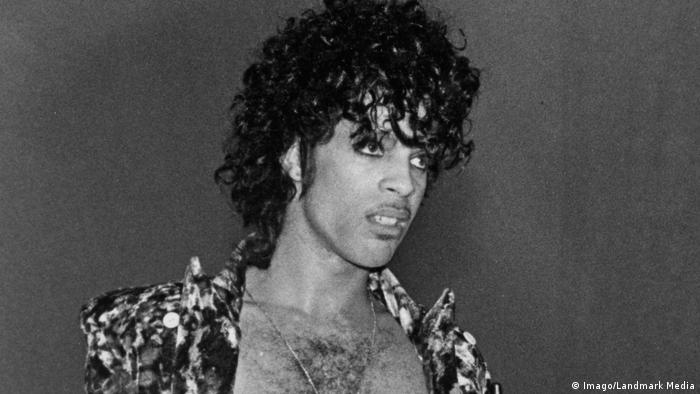 The number of people addicted to opioid-based prescription painkillers, for instance, and/or variants of those drugs bought on the street in the US and Europe, is staggering.

Two drugs in particular have experts worried: oxycodone and fentanyl. The US National Institute on Drug Abuse reports an estimated 64,000 drug overdoses in 2016. And the sharpest increase "occurred among deaths related to fentanyl and fentanyl analogs (synthetic opioids) with over 20,000 overdose deaths."

Both these drugs have been around for a while.

Oxycodone was developed a hundred years ago in Germany. It's a relative of Eukodal, one of Adolf Hitler's drugs of choice. (Well, whether Hitler actually chose the drug can be disputed, but his personal doctor Theo Morell administered it to his famous Patient X quite liberally.)

And fentanyl has existed since the 1950s, when Belgian doctor Paul Janssen discovered and commercialized it. It's on the WHO's Model Lists of Essential Medicines - as is the anti-epilepsy drug sodium valproate - but fentanyl is also known to be about 80 times as potent as morphine.

When their use is controlled and monitored, oxycodone and fentanyl may well be necessary drugs. But when they are used, all manner of damage can be done. Would it help have them withdrawn?

Open the lid on Nazi Germany and you're bound to be shocked. The level of abuse against humanity was devastating. But as German author Norman Ohler describes in "Blitzed," the Nazis were self-abusers too. (07.04.2017)

Eating cannabis leads to five babies being hospitalized in 15 days in Nice, France

A French hospital has been inundated with babies suffering from ingesting too much cannabis. In almost all the cases, parents have claimed their child found and ate the cannabis in a park. (29.08.2017)