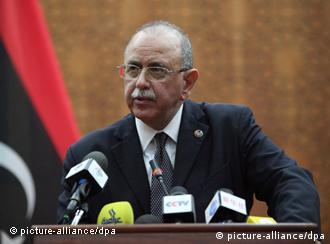 Al-Keib has to unify a divided nation

Libya's new interim premier Abdul Raheem Al-Keib, who saw off four rival candidates at a meeting of the National Transitional Council, said he would "listen" to the Libyan people and make human rights a priority.

His selection, by a majority of 26 out of the 51 NTC members meeting in Tripoli, coincided with a decision by the western military alliance NATO to end its seven month campaign of aerial warfare against the regime of Moammar Gadhafi under a United Nations mandate. 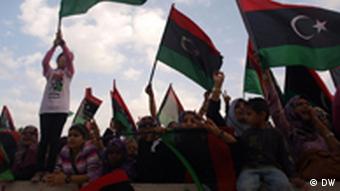 The country is free, but now comes the hard work of governance

Al-Keib, born in 1950, has a US doctorate. He worked while in exile in the US and the United Arab Emirates, before founding an energy company in Libya in 2005.

In promising to pick his cabinet within two weeks, al-Keib said he was sticking to an NTC timetable to organize elections within eight months to form a 200-member national assembly. Its task will be to draw up a new constitution, leading on to a full parliamentary election.

The outgoing interim premier, Mahmoud Jibril, stuck to his promise of resigning after Libya was declared officially liberated. 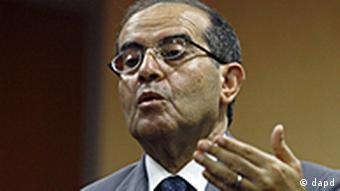 Mahmoud Jibril resigned as promised once Libya was free

NTC members said al-Keib was "quiet and friendly" and had not previously been widely known, even within Libya.

In his initial remarks, al-Keib said the 42 years of Gadhafi's rule had been "brutal."

"We guarantee that we are going to build a nation that respects human rights and does not accept abuse of human rights. But we need time."

Volatile spots remain in a Libya still awash with weapons and potential score-settling, including the town of Tawergha, which Gadhafi loyalists used as a staging post, and the war-traumatized coastal city of Misrata, just 20 kilometers apart. 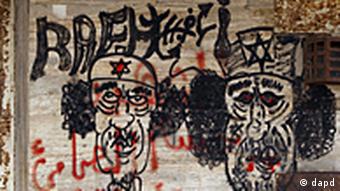 Libya remains scarred by the conflict

US Secretary of State Hillary Clinton on Sunday had said that Libya's new leaders had a "very complicated" set of tasks.

"They have to figure out how to reconcile various political and religious beliefs. They have to unify all tribes."

Libyans are celebrating the death of dictator Muammar Gaddafi. Still, the country now faces major challenges as it starts to rebuild. DW-AKADEMIE is on location supporting the establishment of independent media. (25.10.2011)

Concerns mount over security in the new Libya