The death of Libyan dictator Moammar Gadhafi symbolizes the beginning of a new era in Libya. But the challenges are still immense, writes Rainer Sollich, the head of DW's Arabic department.

He called the citizens that had risen up against him "rats" in bizarre television appearances, but now the rats have bitten back and taken his life: Moammar Gadhafi is dead, killed during an attempt to flee from the city of Sirte, which was the last bastion of his supporters until it was overrun by opponents of the Libyan dictator.

The 69-year-old Gadhafi was apparently killed as people took justice into their own hands. He appears to have died, as he once predicted, in the last battle for control of his country. And while the world speculates whether he is actually dead or merely captured, the first gunshots of joy echo above Tripoli.

In Libya, and indeed the rest of the Arab world, no one will be shedding any tears for Gadhafi. The same goes for countries in the West, where he was seen as nothing more than a sponsor of terror, an extortionist, and, in recent months, a military opponent.

Due to some of the questionable divisions and the lack of a focus on human rights in European foreign policy, there were times when Gadhafi was able to erect his notorious tent amid much pomp and ceremony when he traveled to Brussels or Paris. 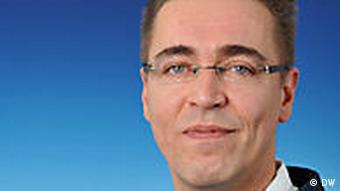 He was courted by leading EU politicians such as Silvio Berlusconi and kept African refugees out of European countries by dubious means. These so-called rapprochement policies were only abandoned by Europeans and the Americans when Gadhafi's own people turned against him.

Even if the West ended up lending military support to the regime change in Libya, none of this can be forgotten - and clear lessons must be learned and applied when dealing with dictators in the future. Until now, the European Union has largely shied away from this issue.

Whether Gadhafi should face trial in front of a national or an international court has now been rendered a moot point. However, the question of how the new leadership in Libya will deal with the difficult political situation bequeathed by its former dictator is still important.

The fact that Gadhafi was seen by the international community as an odd eccentric cannot cover up the fact that he was one of the most brutal and cruel dictators of the Arab world. Torture, spying, political bullying, and tyranny were all standard practices employed by his regime for decades.

This all has to be dealt with, and for that, former members of his regime must be brought to justice in the "new" Libya. That means legal trials - acts of revenge cannot be allowed. From that perspective, the apparent lynching of Gadhafi that the limited footage seemed to display is a very negative signal.

The death of Gadhafi relieves the Libyans of a major burden as they move forward. Gadhafi's sudden death is a clear signal that in the oil-rich North African country, a new era is beginning. Yet the political challenges are massive; Libya has neither a tried and tested political culture nor functional government institutions. The country is practically starting over from scratch.

The transitional government must prepare democratic elections and maintain a balance not only between different political forces, but also traditionally rival tribes and regions. These range from European-influenced democracies to Islamist beliefs. Libya can't manage all of this on its on. The country must find its own way, but will also be dependent on international assistance - which it shouldn't hesitate to accept.

Deciding how to deal with the world's despots is the most troublesome issue in German foreign policy. How far can dialogue go before it threatens to discredit Germany's stance on human rights? (07.10.2011)